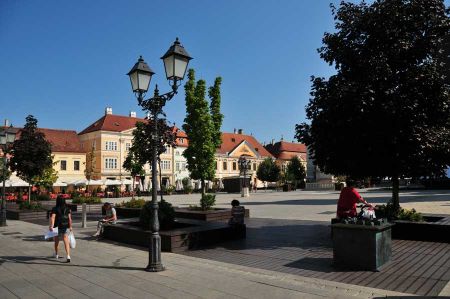 Actually, Budapest was again thought of as a stopover of our travel to the Caravan Salon Dusseldorf, but the significant delays on the border between Macedonia and Serbia, and between Serbia and Hungary had completely thrown our plans over the pile.

Whether high EU- and respective national policies are actually aware of the consequences of their doing due to the declining numbers of migrants (and as if people in real need would be stopped by controls at borders), one would like to have doubts of border controls due to the now experienced chaos. And we really have not seen migrants anywhere, but car drivers exploding, screaming children and annoyed mothers who were just tired and wanted to go home. Hundreds of trucks that blocked parking, so the "normal" traveler had to use every free space available for a quick nap on green and asphalt surfaces.

Of course, all of our further schedules were completely confused, especially since all parking lots in Hungary were bursting at the seams, people were sleeping on the bare earth, partly on the asphalt. Of the queues at the toilets we prefer not to talk. We had never experienced anything like that before. And not a migrant far and wide in sight, which are supposed to be the reason for the again so obtrusive border controls. Why do politicians not care about the real reasons, prevent conflicts and poverty and thus migration and resulting problems. 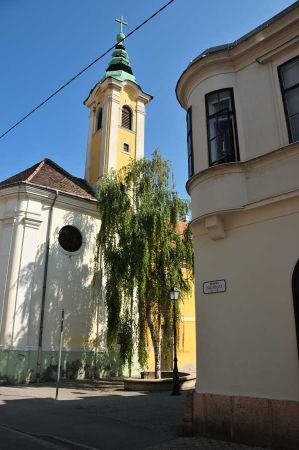 At night we had passed Budapest, glad to be able to make a stopover at Györ, which was not crowded and full of travelers. Györ, also former known as Raab, goes back to a Roman border security camp, which was part of the row of camps of the Danube Limes. So-called Arrabona fort was one of the military camps whose crew was responsible for security and surveillance tasks along the central Danube. The Danube in many sections formed the Roman frontier. The remains of the fort are in, better below, the city of Győr today. Reading finds and sondages here could show the core area of ​​the Roman base, from which then the flourishing city Arrabona could develop. The earliest Roman settlement traces were detected at a depth of about 7 meters. The Roman-era area could only be examined very superficially because of the dense overbuilding. The earliest finds from Széchenyi Square date back to 1949, when Sandor Mihany was able to observe some Roman wall structures there for the first time.

Due to its three rivers, Györ is also called the "City of the Rivers", as an unusual river landscape was created here at the mouth of the Raab (Rába) and the Rabnitz (Rábca) in the Little Danube (Mosoni Duna).

The János Xántus Museum of Györ 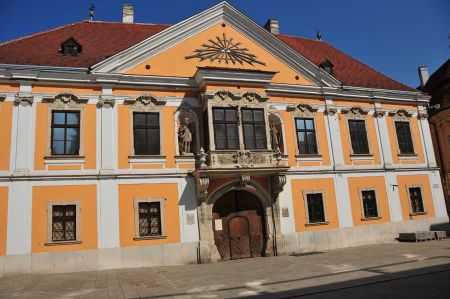 Until 1742, there were some houses in the old town, which the abbot Benedek Sajghó for the palace of the archbishops of the Benedictine Abbey of Pannonhalma formed into one building. The stone mason commission was awarded to master Joseph Winkler from the imperial quarry (Császárkőbánya), the emperor stone for the main portal, the large staircase, the cornices, etc. After his death, master Johann Michael Strickner took over the work that was still necessary to be done. In 1759 the construction work was completed. When the Benedictine order was dissolved by Joseph II in 1786, the house fell to the military. Since 1802, the restoration was done by the Order, again the Archabbey of Pannonhalma had control of the building. Since 1951 it is renamed as a museum about János Xántus, a Hungarian naturalist of the 19th century. 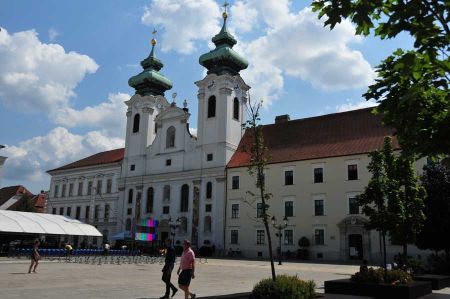 In the same year, 1627, when the construction of the Viennese Jesuit church was begun, Ferdinand II issued a letter of endowment in which he donated the house of Tamás Stahel in Győr to establish a college and a school of the Society of Jesus. The cornerstone for the college was laid in 1634, for the Order´s Church in 1635. The construction of this earliest baroque church with a religious house in Hungary was started according to the Viennese norm. The façade, characterized by Baccio del Bianco's style features, was artistically altered during the restoration work carried out by Martin Wittwer; at that time the tower helmets were replaced by new ones. The Viennese Jesuit Church and the Jesus Church in Rome served as models.

According to a memorial run between 1637 and 1650, the bricklayer of the college and the church of Bartholomew della Torre, Ramponio in the diocese of Como in Italy, was together with the elder son Giacomo della Torre. "Bartholomeus Murarius, qui Templum Nostrum aedificavit". After the inscription on the facade which took place in 1641, the solemn inauguration of the church was possible. 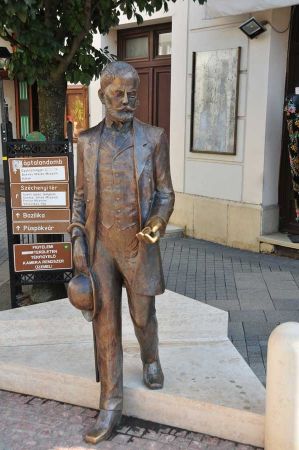 The work was hesitant, the money flowed sparse. The continuity was given to Giacomo after Bartholomew's death in 1658, and after his demise in 1669 the Raaber college's brother Francesco della Torre commissioned, now busy Prager Hofsteinmetzmeister, together with the master builder Christian Fahrnleitner was completed. The Jesuits may have been satisfied, because the construction of the Jesuit school with theater hall was finished around 1675. The imperial quarry at the Leithaberg received large orders, also Francesco had learned there in 1641 at the master Hieronymus Bregno. His son Giovanni Pietro della Torre, also Prague master stonemason, acquired a house complete with quarry in Kaisersteinbruch in 1686. 1743-1745 Johann Joseph Resler, a sculptor from Vienna, and stonemason Jacob Jäger, designed the sculptural equipment of the Jesuit Church.