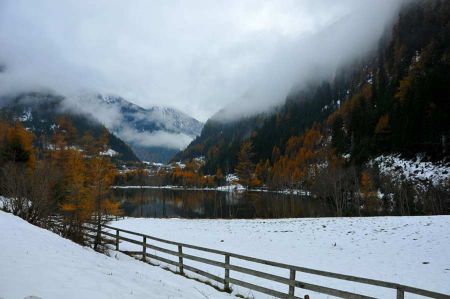 The temperatures of the "winter" season in Augsburg were slowly approaching and with it the end of this year's project tour along Roman roads north of the Alps, as we had just heard from the weather report that around 50 centimeters of fresh snow had fallen on the Brenner.

But since both the caravan and the car had already been made "winter-proof", we were relatively relaxed about crossing the Alps, especially since the Brenner Pass at 1,370 meters is the lowest mountain pass in the eastern Alpine main ridge (the lowest valley pass in the Eastern Alps is the Schober Pass at 849 meters, but that should only be noted in passing). The Brenner, as it is commonly called, is the most frequented connection route across the Alps through the two main valleys, the Sill and Inntal, coming from Germany and Austria to Italy, the St. Gotthard, the Simplon and the Mont are similarly frequented Cenis. Modern man is by no means the first to set out to cross the Alps. 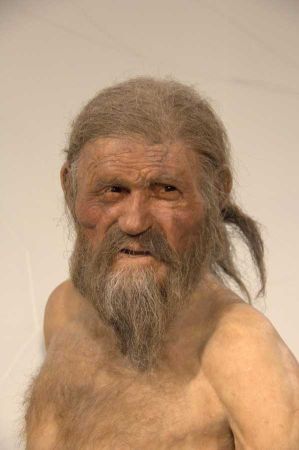 Who does not remember the spectacular find of the Iceman "Ötzi" who, along with many other alpine hunters, set out on the arduous journey across the Alps as early as 5,300 years ago, in the Stone Age. Only about 50 kilometers west of the Brenner Pass, the extremely well-preserved skeleton of the iceman was found at an altitude of over 3,200 meters and initially treated quite disrespectfully. It was not until the laboratory tests that the uniqueness of the find was determined based on its actual age.

Even in ancient times, whole peoples used the Brenner Pass as an Alpine crossing to Italy. The Germanic Kimber moved over the Brenner Pass when they invaded the emerging Roman Empire in 102 BC. In order to prevent hostile peoples from entering Italy in the future, the Alpine region was then gradually occupied by the Romans. Around 15 BC, the Romans under the fraternal generals Tiberius and Drusus defeated the Rhaetians in the battle of Bozen and subsequently a Roman army led by Drusus moved north across the main Alpine ridge against the weak resistance of the local tribes living there. Probably near today's Augsburg-Oberhausen, Drusus united with the troops coming from Gaul via the Lake Constance region under Tiberius. While Drusus himself crossed the mountains over the Reschenpass, his army commanders Publius Silius Nerva to the west of it through the Lower Engadine and Lucius Calpurnius Piso to the east of it over the Brenner to the north pushed in parallel with a pincer movement. 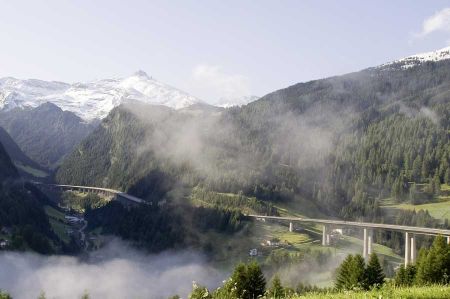 The Greek geographer and historian Strabo reports in his notes on the military campaigns that in particular the long-established population south of the Brenner Pass was partly completely exterminated or enslaved. In the period that followed, the region was inhabited by a few Roman settlers, but Noric settlers also settled in the Eisack Valley and its many side valleys. The surviving, native population of Celtic descent continued to inhabit the barren side valleys. The so-called Breuni are mentioned in documents until the 10th century, before they were completely absorbed by the Bavarian population.

In the expanding Roman Empire, the Brenner Pass continued to be the most important trade connection between Italy and the province of Raetia. Between 195 and 215, Emperor Septimius Severus had the old, unpaved paths expanded and a paved road built, which was relatively narrow and sometimes very steep. This Roman road, known today as Via Raetia, led from Verona and Tridentum (Trient) over the pass to Veldidena (today's Innsbruck) and from there over the Seefelder Sattel to Augusta Vindelicorum (Augsburg). In the year 268 the Alamanni advanced over the Brenner to Italy, before they were defeated in November of the same year in the battle of Lacus Benacus (Lake Garda).

In several archaeological excavations, a 140 m long stretch of the Via Raetia was uncovered in the immediate vicinity of the village of Franzensfeste.

Via Raetia - important trade route for crossing the Alps 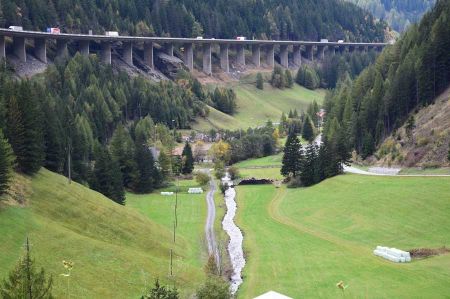 Due to the good construction and substructure, the Roman trade route remained as part of the Via Imperii until the Middle Ages. In 952, Emperor Otto I set up the margraviate of Verona to militarily secure the Brenner Pass. Even in the Middle Ages, the Brenner Pass was the most popular alpine pass. However, the increasing decay made it only possible to transport animals with pack animals on many sections. The narrow gorge of the Eisack north of Bozen remained completely pathless; Until the 14th century, travelers and transports had to evade south of Brixen via the Renon massif. In 1314, the Bozen merchant Heinrich Kunter was given the right to create a mule track through the gorge from Bozen to Klausen and to levy road tolls for it (this is why this section is also called the Kunterschlucht). As early as 1430, over 90 percent of long-distance trade between Augsburg and Venice - 6,500 freight wagons per year - was carried out on the Brenner route, also known as the “lower road”. In 1480, the Kuntersweg was extended to a driveway, and for the first time black powder was used to blast rocks. The establishment of a Fugger trading post in Innsbruck in 1485 and the relocation of the important Bozen markets to Mittenwald from 1487 due to disputes between Duke Siegmund the rich in coins and Venice caused traffic across the Brenner to increase.

Today Brenner Highway is being most used route 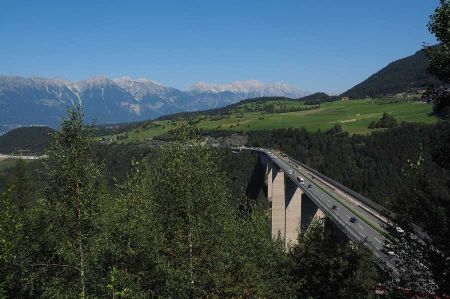 As already mentioned, the Brenner is still one of the most important alpine passes for trade but also for the immensely increased tourism in the south, which has led to violent protests by the local population. Because of the expansion as a multi-lane autobahn, there has also been considerable pollution of the environment, which is why today we are looking for alternatives and planning underground tunnels for rail traffic, which should one day help shift truck traffic to rail . The first options for these passenger trains are already available today. 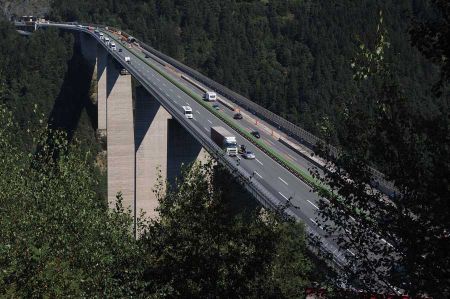 A little later we reach Lake Brenner, which is about 1.15 km north of the Brenner Pass at 1,311 meters above sea level. The view of the lake as well as the remains of the snow of the last few days prompt us to make a short stopover. With an area of ​​approx. 5.5 hectares, Lake Brenner is the largest lake in the Wipptal. We briefly talk to a local who speaks of the principle of bathing in the lake, which is rarely used: even in midsummer, the water temperature hardly exceeds 12 ° C. We decline with thanks, prefer to get back in the wonderfully warm car and continue our journey towards Lake Garda.