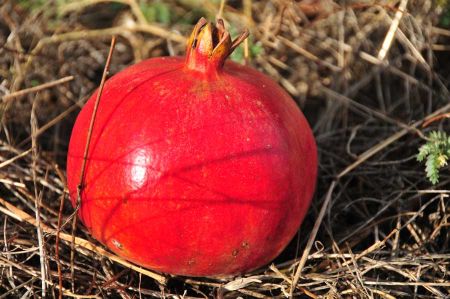 The pomegranate in itself is a true power fruit, as we had previously reported already about the luminosity of the fruits on the tree and their appearance in the religious records of the Bible and the Koran.

The pomegranate is rich in vitamin C, potassium, calcium and iron, in addition it contains for the immune system important bioactive substances polyphenols and flavonoids. Because of that, it is not surprising that pomegranate juice has become increasingly popular and has found its way into many supermarkets.

Health - What effect does pomegranate juice have? 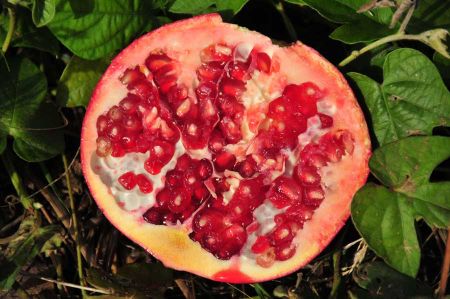 The pomegranate juice has an anti-inflammatory effect, especially for the digestive tract. It is also known that 250 ml of pomegranate juice per day can severely restrict the growth of cancer cells (especially prostate and breast cancer), but it does not cure cancer. In addition, it lowers the blood pressure, which in terms of heart attack and stroke prevention (vital) may be important. It lowers cholesterol, because high cholesterol, arteriosclerosis can be the reason for heart attacks. Athletes drink pomegranate juice about 30 minutes before training as it has been shown to improve blood flow, resulting in better training effectiveness. The pomegranate assumes a vitamin C content of 10.2 mg per 100g. 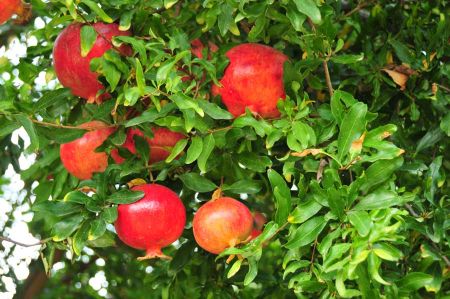 It is best to cut off the top about 1.5 cm high, then cut the dividing walls of the individual chambers outside and then break up the fruit in a star shape. Alternatively, cut out the top and the stem, and cut the bitter shell in sections on the skin and break open. Of course you can just halve the fruit. It is best to break up the pomegranate in a bowl of water and remove the seeds. The kernels sink, while the shell and white pellets float on the water and are thus easy to separate. The seeds can be removed with the fingers or with a spoon, they can also be solved by tapping on the outer shell of the divided fruit. Then you put them in a blender and let the whole mix properly until the seeds are broken. The "porridge" is pressed through a sieve and the resulting juice can be diluted with water or similar, it can be sweetened with sugar.

Pomegranates and their squeezed juice are widespread in the Mediterranean, in the Middle East, in the USA, in southern Europe and in recent years also in central and northern Europe. From the juice also pomegranate wine is obtained, which is mainly exported from Armenia and Israel. The pulp or the juice of the pomegranate is used to refine game or poultry dishes or in fruit salads.

The shell of the pomegranate was traditionally dye for Oriental rugs. Also in India it was used for dyeing wool in yellows and blacks. With an extract from the root of the pomegranate tree deep dark blue shades can be created with an iron stain.
Incidentally, Iran is one of the main producers of pomegranate products worldwide.

Preparation of pomegranates and jam ingredients

Roll the pomegranates, one at a time, with a little pressure on the worktop, so that a soft cracking sound is heard. This makes it easier to dissolve the fruit kernels. Then halve the pomegranates with a sharp knife, quarter them and peel the pulp into a pot with a spoon.

Now add the cinnamon, the vanilla powder and the gelling sugar to the pot. Use a blender to process the mixture into jam structure and let stay for about three hours. Now bring the mass to boil according to the packing instructions of the gelling sugar, keep the corresponding stirring times.

Then fill in jam jars, seal and turn the jars upside down.

Neuharlingersiel - a colourful fishing port i…