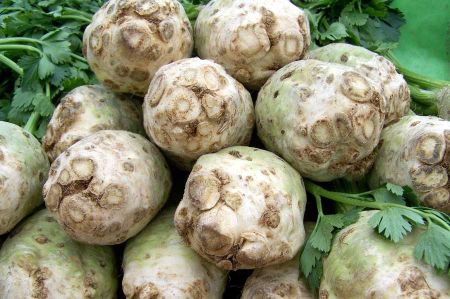 For a long time, celery was considered to be merely a part of soup vegetables, the small, often already bound green pack from the market, which usually contains carrots, parsley and leeks in addition to celery.

Celery was often just added as a flavor supplier for the soup or other dishes, because of its unknown positive effects. In recent years, leeks are considered more and show its true potential. Because of this changing in the minds of people, celery was used as a raw-food snack, as a juice ingredient, steamed as a vegetable or gratinated out of the oven more and more - celery proves variety. At the same time celery is an ancient medicinal plant that has been used in natural medicine thousands of years ago, especially in rheumatic complaints or high blood pressure.

Celery in Egyptian and Chinese medicine 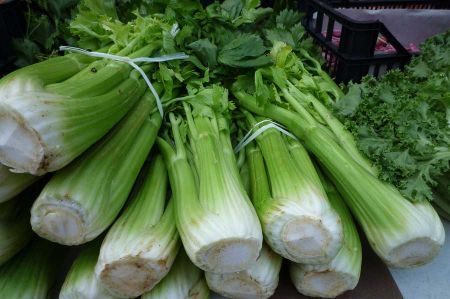 In ancient Egypt, for example, the ancestor of our today's celery - the wild celery - was already used around 1200 BC, used as a medicinal plant for rheumatic complaints. In traditional Chinese medicine (TCM), however, celery juice is used as a remedy for high blood pressure. In Ayurveda, celery has long been used for indigestion and neurological age complaints. All this does not really come as a surprise, if one deals with the components of the celery, because the celery - and here in particular the bleach celery - contains an effective mixture of special vegetable substances, so that it still today can be used as Remedies, for example against gout, by the knowledgeable consumer.

The special thing about celery is its high potassium content, which is responsible for one of the most important medicinal effects of celery, namely the diuretic effect.

Especially with gout and rheumatism a thorough dehydration of the body is extremely helpful, so that the corresponding slags can be eliminated better. Already 100 g of fresh celery contain 344 mg of potassium and thus 10 percent of the recommended potassium daily dose.

In rheumatic diseases, moreover, an anti-inflammatory effect is welcome - and with such a celery can also serve. 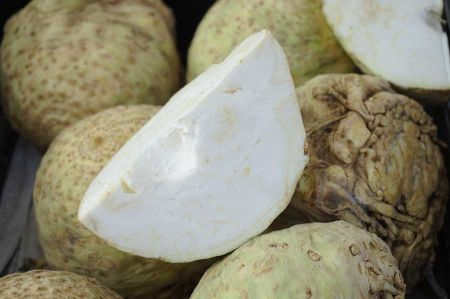 Celery is an excellent source for the importance of antioxidants in the media. In addition to antioxidant vitamins, celery also contains considerable amounts of polyphenols. These are secondary plant compounds with a strong antioxidant effect. These include, for example, phenolic acids, flavonoids, phytosterols and furocoumarins.

Furthermore, it has been demonstrated that celery extract can prevent the risk of inflammatory reactions both in the digestive tract and in the blood vessels.

Celery protects the digestive tract with the help of antioxidants. The contained polysaccharides seem to protect especially the stomach. In Saudi Arabia, a research team has found in a study that celery extract can maintain the gastric mucosa, prevent gastric ulcers and regulate gastric acid secretion. The researchers attribute these results to the fact that celery suppresses the increased production of stomach acid due to its antioxidant potential.

If you, dear readers, suffer from stomach problems and have bleaching celery in the house, you can prepare a celery tea. This tea is very basic and helps to neutralize excess stomach acid.

The Celery Patty - A simple recipe and so much healthy 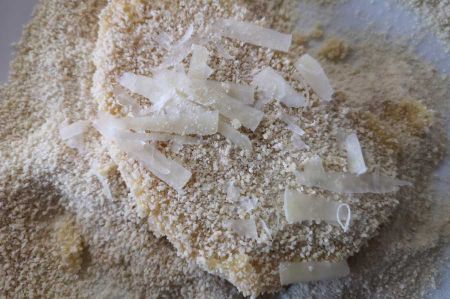 Increasingly you will find celeriac tubers in the markets of our cities, so we were also on the go for shopping on the market to buy a bundle of birch trees. Striking were the fresh tubers of celery, which raised the question of whether we should not take the whole tuber. Too much objection what was not entirely unjustified, if only associated with the idea of ​​the stew. The fact that you can prepare something completely different, was not entirely clear: Celery baked as a Schnitzel!

Peel the celery and cut into 1 cm thick slices. Add a little lemon juice and salt in water and blanch the celery for about 5 minutes. Then quench and drain. Whisk egg yolk and cream and season with salt, pepper and nutmeg. Dip the celery into the egg cream, roll it into Parmesan and bread and fry in plenty of fat until golden yellow. Drain on a kitchen towel. 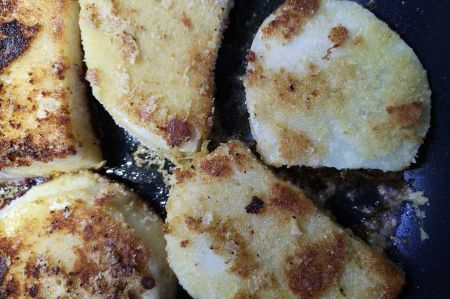