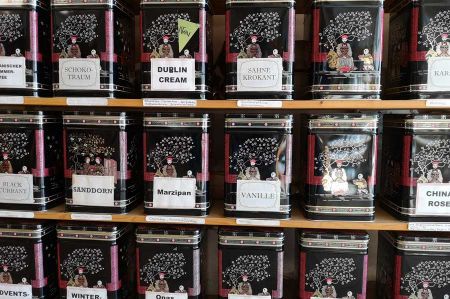 If you come from the far north of our Republic, drinking tea is part of the daily basic diet, far more than morning coffee, but without celebrating the Frisian-East Frisian preparation ceremony.

Sometimes it also has to be the tea bag, ok when you can still enjoy tea in the evening.
So you are very pleased when you come across a tea house in the eastern part of the country that, in its compilation of the teas and in the presentation of the accessories, takes into account the different teas, their origins and their preparation, even if the original method of preparation of tea beverages consisted of just the use of fresh tea leaves plucked directly from the bush and placed in hot water. Once prepared in this way, tea tastes significantly different than with the usual dried leaves. However, fresh tea leaves cannot be stored for long, ferment by themselves or spoil easily due to the activity of undesirable microorganisms. This is also the origin of the development of targeted fermentation and drying so that the tea can be stored. Depending on the procedure and the starting material, numerous different taste qualities are created. 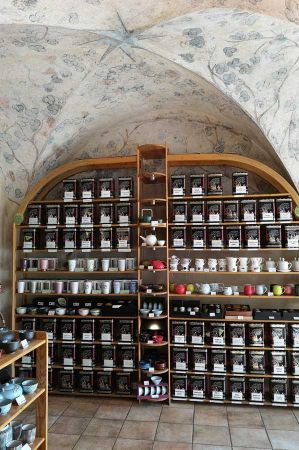 Today a distinction is made between four traditional forms, which mainly differ in the degree of oxidation:
Green tea - there is no intentional oxidation. In traditional production, the tea is withered in iron pans over a fire after harvesting and then dried. In industrial production, this is done in large, stirred containers.
White tea - so called because the hairs on the underside of the leaf give the dried tea leaves a white-silver color. No deliberate oxidation. Young shoots are harvested and dried like hay. JUst top-quality teas are suitable for the production of white tea.
Oolong - is partially oxidized. After the harvest, the tea is shaken in wicker baskets, and the escaping juice reacts with the oxygen in the air. This process is stopped by heating in iron pans. 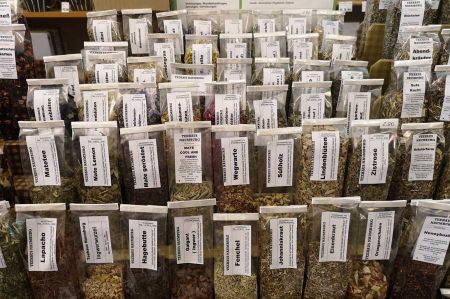 Black tea is called red tea in East Asia - complete oxidation. Like Oolong, but it doesn't stop the oxidation process. The tea will just finish drying after a long time.
In addition to these four classic types of production, there are other, less common specialties
Post-fermented tea (for example Pu-Erh tea) is called black tea in Asia and is in fact much darker in color than black tea drunk in Europe - in the cup it looks more like coffee in color. It is a formerly green to oolong-like tea that has matured for a few months to several years.
Yellow tea is a specialty only produced in China. It is a tea that is harvested like white tea, but not processed immediately after harvest. So there is minimal oxidation. It is one of the most expensive tea specialties available. Sometimes it is assigned to the green teas.

The most famous teas in this country 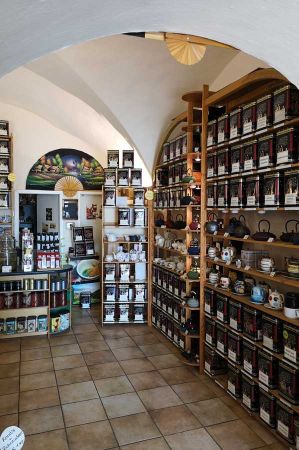 The most famous teas in Europe are the Assam, Ceylon and Darjeeling black tea varieties named after their growing areas. But tea is still produced in many other areas. The East Indian Assam tea comes from the largest cultivation area in the world and is a typical highland tea with a strong aroma. The tart, strong Ceylon is grown in Sri Lanka, the world's third largest growing area. Both types are often found in tea blends and are insensitive to hard water. The delicate, yellow Darjeeling grows on the southern slopes of the Himalayas around the district capital of the same name in northern West Bengal at an altitude of over 2000 m. He is more sensitive to hard water. Formosa mostly refers to green or oolong teas from the island of Taiwan.
Countless types of tea are assigned to the various types of tea, for example:
Green tea - Gunpowder, Sencha, Chun Mee, ...
White tea - Baihao Yinzhen, Pai Mu Dan, ...
Oolong tea - Dongding Oolong, Tieguanyin (also Tikuanyin), ...
Black tea - Darjeeling, Assam, ...
Pu'erh tea - Pu’erh Tuocha, Palace of Pu’erh, ...
Yellow tea - Junshan Yinzhen, ...
We were more than enthusiastic about the selection and the different flavors as well as the professional competence of the advice. So our visit to the tea house extended much more than originally expected. Even if you are not necessarily a fan of tea drinking, the topic is definitely worth exploring.