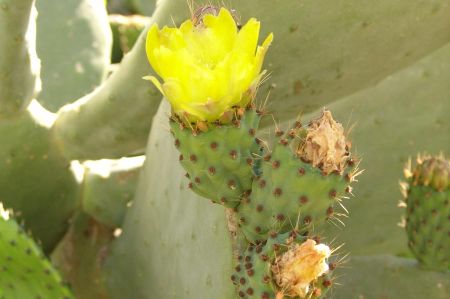 We were on our weekly shopping tour of the Antalya bazaar when we came across the fruit and vegetable vendor's stall offering the fruits of the prickly pear (group of Opuntia) for tasting and sale.

The fruits of the prickly pear cactus are rarely found in stores. Initially a bit skeptical about the prickly outer skin of the fruit, the dealer showed us how to use a knife and spoon to get to the delicious content, which tastes reminiscent of pears. He also knew many details about the use of the fruit, including the recipe for a jam. 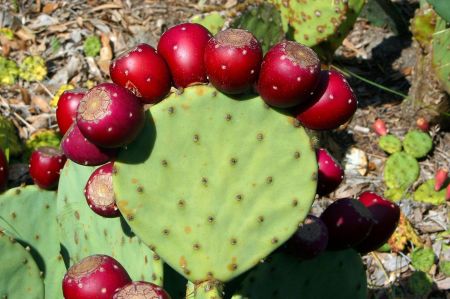 The prickly pear, originally from Central America, is now widespread in many tropical and subtropical countries, including Turkey. The plants can reach an almost tree-like character up to five meters high. Mostly, however, one encounters bushy plants that grow rather flat. The large flowers of the prickly pear are beautiful, but they are very short-lived and are about 6 to 10 centimeters in yellow-orange. The mostly oval fruits then develop from these flowers, which reach almost the same size as the flowers. The granular flesh contains the small seeds, which initially make the difference to the pear flesh clear. The vernacular says that the high-fiber fruits have a positive influence on digestion.

Even the flowers are seen as strengthening for the human organism. 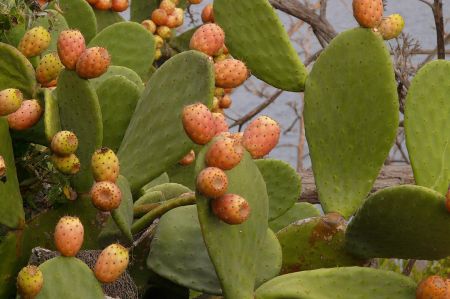 The prickly pear originally comes from Mexico, where it has been cultivated by the natives for more than 9,000 years. The use of the fruit probably goes back much further. The Aztec Indians also knew about the strengthening effect of the flowers and used them for religious and mythical purposes. In addition to its use as a fruit plant, the cactus fig offered another use that has also been known for thousands of years. The cactus fig usually also has a subtenant, the cochineal louse (group of scale insects), which lives in symbiosis with the plant and was used by the indigenous peoples to produce red dye for dyeing textiles.

The myths about cacti led, among other things, to the belief that cacti offer magical protection against intruders and are therefore still used by many inhabitants of Europe today. How much truth there is in this myth has probably remained unexplored so far. 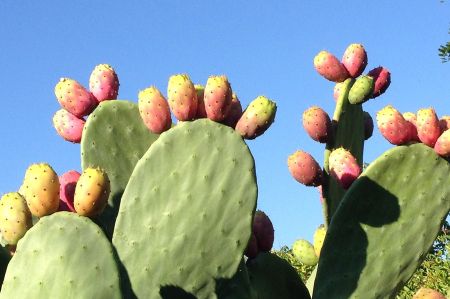 We had now learned to trade the thorny fruit. Wrapped in a thick kitchen towel, you can handle and work with the fruit without any problem by halving it lengthwise and then scraping it out with a spoon. The kernels in particular have the potential to promote digestion, so you should definitely eat them as well. We also learned from our dealer that many people living in mountain regions use the fresh or dried flowers to make a tea that is said to strengthen bladders and the prostate. Even in modern homeopathy, these findings are now being applied and remedies for intestinal disorders and flatulence are being obtained. 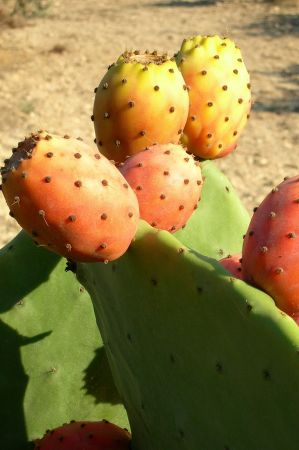 Halve the prickly pears and scrape them out with a spoon (put on or use gloves or kitchen towels because of the prickles), dice finely and heat in a saucepan - pass through a sieve.

Bring the mixture to a boil and let it simmer. Pour into hot rinsed glasses and let stand briefly upside down.

The mass is just under a kilo and I also needed a bit of preserving sugar. Don't forget the gel test.

Banana cultivation on the Turkish Riviera next to Gazipasa