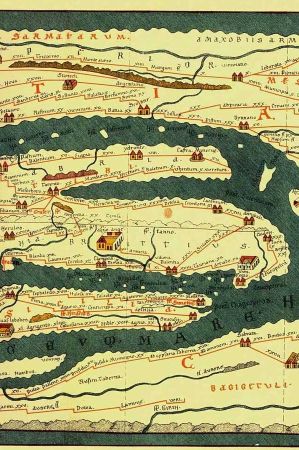 We often encountered Roman "road maps" as sections or copies belonging to the respective region in Roman museums, we had been able to connect the name Konrad Peutinger from the respected merchant family of the imperial city of Augsburg with these maps.

Peutinger's collections of ancient remains and his writings on the study of Roman antiquity in his home region of Augsburg were of immense importance for the extraordinarily progressive development of historical sciences. Parts of his collection of Roman stone monuments can still be seen today in his Augsburg home, so-called Peutingerhaus. His works Inscriptiones Romanae (Augsburg 1520) and the Tabula Peutingeriana named after him, a late antique road map of the Roman Empire, which later emerged as one of the most important sources from this period, are of outstanding importance. Various coincidences played a decisive role in this, since Peutinger had received the map in 1507 from Conrad Celtis from Vienna and then prepared a publication, which however only came about after his death.

Even in antiquity, scholars had numerous ideas to get a more precise picture of their then known world. What should apply to capturing the constellations was also a challenge on Earth. There were already surveyors who could make a very exact mapping of individual areas, remember the geographer Pomponius Pella (see picture further down) at this point, who had surveyed Lake Constance. 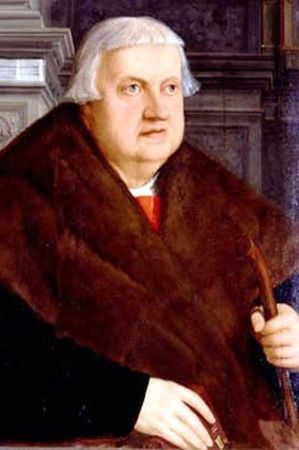 The exact measurement was also a basis for the advanced road construction of the Romans. It is no wonder that attempts were made to use this data for trade and transport too: in the form of a road map in which all the important trading locations were listed. The presumed original of this street map from the second half of the fourth century (approx. 375 AD) contained the graphic representation of the world known at that time, in which the streets were entered as connecting lines between individual stage locations. The author, who is still unknown, wanted to give a uniform representation of the terra habitabilis of the 4th century based on the model of ancient world maps; the Germanic areas to the right of the Rhine and Northern Europe are largely missing.

The late antique original can be traced back to various possible forerunners, including a wall map of the earth planned by Marcus Vipsanius Agrippa. After his death, this map was carved into the tombstone, which is located in the Porticus Vipsaniae, not far from the altar of peace, on Via Flaminia in Rome. Other precursors include the Itinerarium Antonini (a street directory of the third century in book form) and several revisions of an older street map of the Roman Empire.

The original map was apparently made after 330, since it already shows the city of Constantinople inaugurated this year. However, it was not up to date at the time, since the cities of Pompeii, Herculaneum, Oplontis and Stabiae are also listed, which had been completely buried and not rebuilt after the eruption of Vesuvius in 79 AD. On the other hand, there are some places in the province of Germania inferior that were destroyed in the 5th century.

The original map has been considered in research since Franz Christoph von Scheyb's investigation in 1753 as a product of Roman cartography. Michael Rathmann, on the other hand, assumes that the map was produced in the Hellenistic period (possibly around 250 BC), as it goes far beyond the sphere of influence of the Roman empire and lists remote areas of Asia that were uninteresting for the imperial politics of the Romans , Furthermore, just the world known in the Hellenistic period is shown and other areas that were already known to the Romans, such as China or Germania, have not yet been recorded. 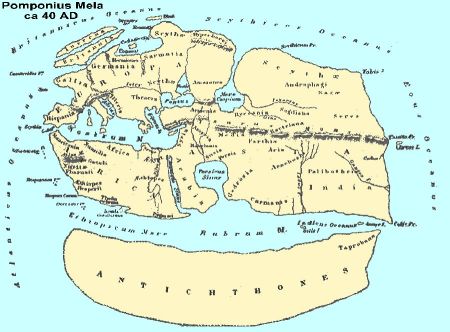 Unfortunately, the late Roman road map is only preserved in a medieval copy from the 12th century. The humanist Conrad Celtis (aka Konrad Bickel, 1459-1508) discovered the manuscript and handed it over to his friend Konrad Peutinger around 1507. It is not known how Celtis obtained this copy, nor where it was made. Worms, Speyer, Colmar, Tegernsee and Basel were mentioned as possible places of origin. After Peutinger's death, a copy was made on behalf of a family member, later Abraham Ortelius published a complete edition in Antwerp in 1598.

Afterwards, Peutinger's copy was considered to be lost. It was just found again in 1714 and in 1715 came into the possession of Prince Eugene of Savoy. After his death in 1736, Charles VI. owned the entire library and incorporated it into the Imperial Court Library (Codex Vindobonensis 324). In 1863 the tabula in the library was broken down into its individual segments for conservation reasons and was initially kept between glass plates, from 1977 acrylic plates.

After studying in Bologna and Padua, where he obtained his doctorate in both rights, Peutinger began his career as a lawyer. In doing so, he got to know the movement of Renaissance humanism more intensely, which should accompany him for life. In 1493 he was chosen to be a syndic in his hometown Augsburg. As a member of parliament, he attended several Reichstag, such as the Reichstag zu Worms (1521) and was appointed Imperial Councilor by Maximilian I. From 1497 to 1534, Peutinger was also the town clerk in Augsburg, where in 1515 he acquired an estate that has been preserved to this day, the so-called Peutingerhaus.

We have 667 guests and no members online