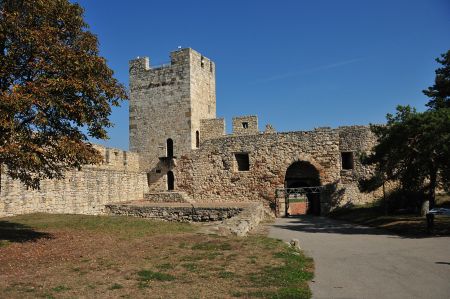 Singidunum was once the name of the ancient Roman city at the mouth of the Sava River into the Danube, which we today call Belgrade. In the Roman Empire, Singidunum was part of the defensive fortifications along the Danube Limes.

The strategic location of the city and Castrum on the Via Militaris, today often called Donausüdstraße, which in this eastern section went from Sirmium via Viminatium, Trimontium to Via Egnatia and then continue to Constantinople, determined the history of Singidunum until the beginning of the 7th. century. The military town of Singidunum (Vicus) was supplemented with the settlement of veterans of legions in the lower city by a significant civilian city

The Campaigns of the Romans

The Roman advance to the Danube resulted from the capture of Macedonia in 168 BC. And the establishment of the province Macedonia in 148 BC. The campaigns of the Romans against the north-settled Skordiscian were to protect the province, but were also associated with military setbacks. So the Romans were beaten by the Skordiscians. From 120 BC a series of incursions of Skordiscian to Macedonia began. 112 and 111 BC, as well as in 106 BC, the danger of invasion in the Roman provinces was practically contained, but the Skordiscian were finally defeated some years later.

The original Celtic Singidunum was according to the archaeological finds not in place of the later Roman castrum. The Celtic oppidum as predecessor foundation of the same denominated Roman municipium lay 4-5 kilometers south of the Roman settlement on the slope of the Schumadin slopes to the Danube in today's district Karaburma. It is believed that the Celtic settlement was probably abandoned some time before the Roman reestablishment of the Legion camp in Flavian times.

The Romans started to conquer the area around Belgrade

The Romans, in the 1st century BC, started to conquer the area around Belgrade around 86 BC. Gaius Quintus Scribonius Curio, the proconsul of Macedonia, reached the Danube and expelled the Skordiscian, Dardanian and Dacian. Despite the military success, the Roman power established itself first under the leadership of Octavian (Augustus), as Marcus Licinius Crassus built the province of Moesia from 29 BC. The city was incorporated into the province of Moesia superior (capital Viminatium) and becomes a garrison town on the Danube Limes. On the opposite side of the Sava stood Taurunum, today's Zemun. Singidunum is one of the province's major centers, but in the shadow of Sirmium and Viminatium, the two outstanding Roman cities of the province. The Castrum is an important strategic point on the Via Militaris connecting the fortifications and settlements of the Danubian Limes.

In the year 86 AD, Domitian relocated the Legio IV Flavia Felix to Singidunum in parallel with the strengthening of the imperial borders against the Dacians. The flower of Singidunum falls into this time. The castrum was located in the upper part of today's fortress Kalemegdan. The Legion built a bridge crossing the Sava to the opposite place Taurunum. The 6,000-man legion was one of the main military assets against the Dacian tribes on the northern Danube side. By the settlement of veterans an urban place around the legion camp grew. Today's streets in the old part of Belgrade between the streets Uzun Mirkova, Dušanova, and Kralja Petra still show the right-angled streetscape of the Roman city. The forum was located at today's Studentski Trg.

At the beginning of the 2nd century Trajan defeated (105-106) Dacian with the participation of the Legio IV Flavia Felix, who participated in the campaigns since 88 and also took over parts of the road north of the Danube. With the formation of Dacia Province, a period of peace began in Singidunum. In the middle of the 2nd century, Emperor Hadrian transferred Legio IV Flavia Felix back to Singidunum, giving the city the status of a municipium with greater administrative freedom, later becoming Colonia.

After the 2nd century AD, the power of the Roman Empire begins to crumble at its borders. With the invasion of the Goths between 256 and 270, the province of Dacia is abandoned and Singidunum remains an important border post against the barbarians. Aurelian relocated all the legions back to the south bank of the Danube and reorganized the region by forming the province of Dacia ripensis.