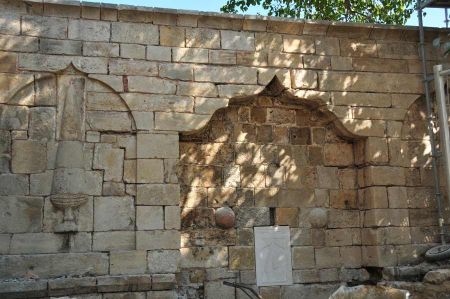 For Sultan Mehmed II, after the fall of Constantinople, Belgrade and the completion of the conquest of Serbia were the preconditions for reaching Central Europe.

On July 4, 1456 he commanded the first major siege of Belgrade. The Christian defenders, led by Johann Hunyadi, not only successfully fended off this attack by the new Ottoman world power, but rather drove away the wounded Sultan and the Ottoman army in panic.

A significant factor was the elaborate reconstruction of the castle by Stefan Lazarević previously carried out by the knowledge of Oriental and Crusader constructions, with a tower-rich and moat-fortified castle, with a mighty donjon and an outer moat surrounded by a large double wall, with heavily guarded gates. After the victory, which decided the fate of Christians at the time, Kalixt III. ordered the noon-bell, which sounds up to this day in all churches in the world. The Feast of the Transfiguration of Christ reminds us of this, as the news of the Christian victory arrived in Rome on August 6th. 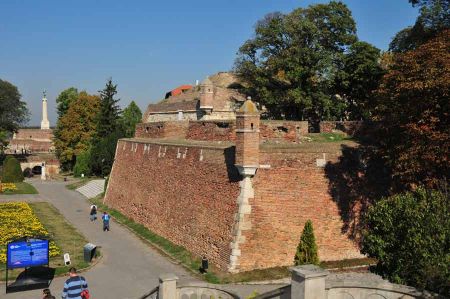 Later, by Suleiman I, Belgrade could be taken on August 28, 1521. The loss of the key fortress was, as the contemporary diplomat Busbecq reported at the court of Süleyman, responsible for the subsequent loss of Hungary and the expansion of the Ottoman Empire beyond Buda to the gates of Vienna.
The Hungarian troops withdrew, the Serbian inhabitants were relocated to Constantinople, and some of the Serbian crews of the Danube fleet entered the Ottoman Navy as sailors. The city became the administrative center of the Sanjak Smederevo.

The relic of the Serbian national Saint Sveti Savas

Thus, in addition to the Danube fleet, the Serbian Martolos were also stationed here. The city's Christians did not need to pay taxes but had to look look the fortress. In 1594, a Serb rebellion was forcibly suppressed, and the relic of the Serbian national saint, Sveti Sava, was burned in Vračar in revenge. To commemorate this sacrilege, the commemorative cathedral of Saint Sava was built here in the 20th century.

Only a mosque and a mausoleum (Türbe) outlast the times 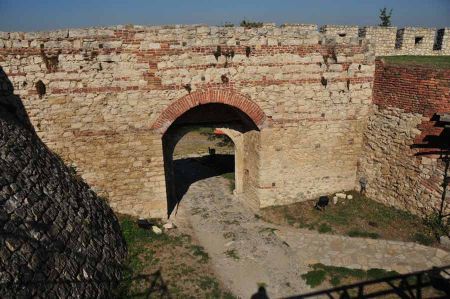 In Ottoman times, Belgrade was an important trading city on the caravan route between Buda and Constantinople, where merchants and traders of various origins (Turks, Armenians, Greeks and Roma) lived. According to Evliya Çelebi Belgrade had 98,000 inhabitants in the year 1660, of which 21,000 were not of Islamic faith. Due to the long Ottoman rule, oriental residential buildings dominated the city at the beginning of the 20th century. However, almost all of the Ottoman cultural heritage was destroyed: from the 17th century lot of mosques were mentioned, 160 palaces (Sarays), seven public baths (Hammāms), numerous markets with their bazaar buildings, six caravanserais and several hans, 17 dervish monasteries (Tekken) , eight Islamic colleges (Medresen) and nine law schools (darülhadis), from all this, just a mosque and a mausoleum (Türbe) have survived the times.

Turkish Wars and the Holy League 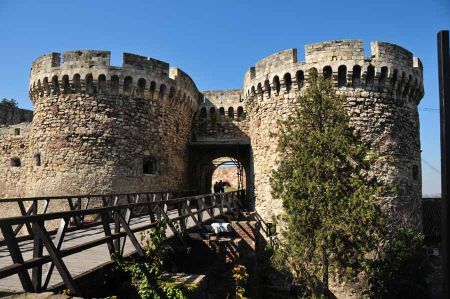 After the successful defense of the Turks from Vienna in 1683, the Holy League was able to push the Ottomans back to Belgrade in the Great Turkish War. The siege of Belgrade under the command of Max Emanuel ended on September 6, 1688 with the capture of the city. The imperial troops conquered Belgrade three times (1688-1690, 1717-1739, 1789-1791), but did not hold it permanently. Because of these constant fighting, the Ottomans gave Belgrade the name Dar Ul Jihad (House of War). The conquest of Belgrade under Eugene of Savoy in the Battle of Belgrade brought the later folk song Prinz Eugen, the noble knight, in 1717 which was adopted in its adaptation as an art song in the ballads of classical music to the modern music.
The Ferman Monument in front of the Stambol Gate in Kalemegdan commemorates April 19, 1867, when a Ferman (decree) of the Sultan Abdul Aziz initiated the withdrawal of the last Turkish fortress commander Ali-Pasha Riza and the Turkish occupation and symbolically hands Prince Mihailo the keys to the city. This ended almost 350 years of Turkish rule in Belgrade.