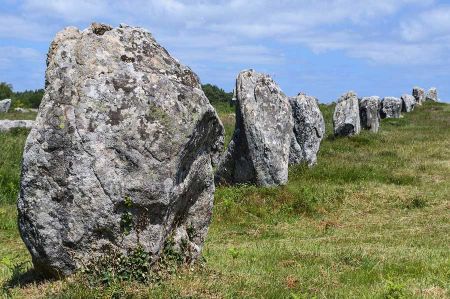 The Swiss town of Yverdon today stretches on the alluvial plain at the mouth of the river Zihl in Lake Neuchâtel at 435 m above sea level, about 30 km north of the canton's capital Lausanne.

Already about 4000 BC Neolithic settlers of the Chassey-Lagozza-Cortaillod culture in the area of today's Yverdon-les-Bains built the Alignement of Clendy, a prehistoric stone alley of manghirs at the mouth of the river Orbe.

The prehistoric stone avenue is located on the eastern edge of the city near the main road in the direction of Estavayer-le-Lac, it consists of 45 manghirs and statue of manghirs and is the most impressive megalithic monument in Switzerland. 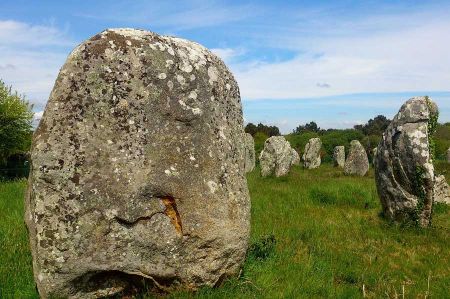 The manghirs of Yverdon-les-Bains are arranged in two stone rows of about 50 m in length and three groups lying south of the rows. The 0.45 m to 4.5 m high stones were discovered in 1878 as a result of lowering the lake level and 1975 set up again. In 1986, the entire system was restored. Some stones have been prehistorically processed and have geometric and anthropomorphic forms. A comparison with French decorative forms refers to an earliest construction of the stones by the carriers of the Chassey-Lagozza-Cortaillod culture around 4500-4000 BC. Individual stones may be younger, since the system was still used Bronze Age.

In the Iron Age, around 800 BC, Celtic tribes lived in the area of ​​Yverdon and its surroundings, of which the Helvetians are probably the best known. Thanks to its location, Eburodunos became a trading center. On the one hand, it lays on the later known Roman road from Lausanne to Avenches (which connected the Rhone with the Rhine), on the other hand, on the main axis from Gaul to Italy.

It was reported by the Romans that the Helvetii destroyed the old Eburodunos and gave them up to the flames when they emigrated to Gaul. After the old Helvetia in the year 58 BC was conquered by the Romans, they built a vicus in Yverdon, a military base with soldiers, craftsmen, boatmen and shipbuilders, but also officials and magistrates in 25 BC. The Roman camp was located where the municipal cemetery is today. The Romans took over the Celtic name of the place and called it Vicus eburodunensis or simply Eburodunum from now on. 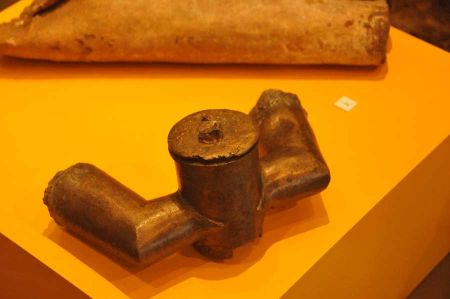 The Roman city itself was not fortified. Around the year 260, it was invaded and destroyed by the Alemanni. It was not until 370 that Yverdon was rebuilt - this time as a strong fortified castrum. It was abandoned at the beginning of the 5th century by the Romans, when they left the province of Helvetia to the Burgundians. Already the Romans knew the healing effect of the sulphurous thermal springs located in front of the city and led their water by means of pipes into their city.

Part of water pipe system made of laid

Thanks to the thermal baths Yverdon-les-Bains is an important attraction for spa and bathers. The first heyday of modern-day bathing tourism took place during the 18th century with the construction of the Hôtel des Bains. Another upswing came at the end of the 19th century, when hydrotherapy became fashionable. In this time, the construction of a new thermal building (1887) and the Rotonde fell in the typical chic architectural style. 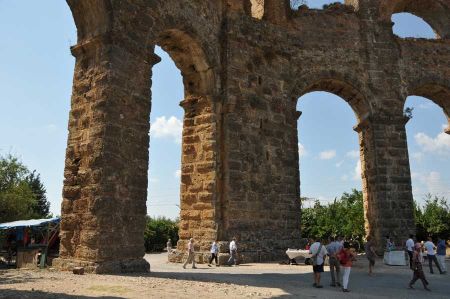 After the importance of Yverdon as a seaside resort in the first half of the 20th Century had fallen slightly, a new development spurt with the construction of the modern thermal center in 1977 followed and the inauguration of the large outdoor thermal bath in 1983. With the renaming to Yverdon-les-Bains 1981 The bathing tourism was also marketed internationally.

The huge Aqueducts at Aspendos in Turkey