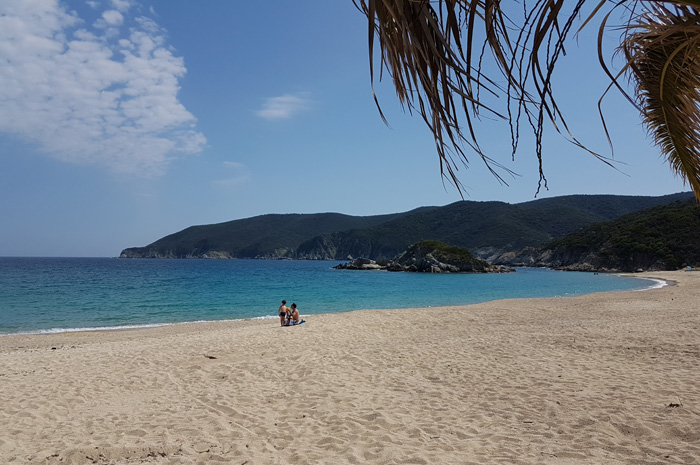 At the end of our partwise guided camper-culture trip we had arranged another meeting with our guests on Sithonia for two days, Kalamitsi was the destination. 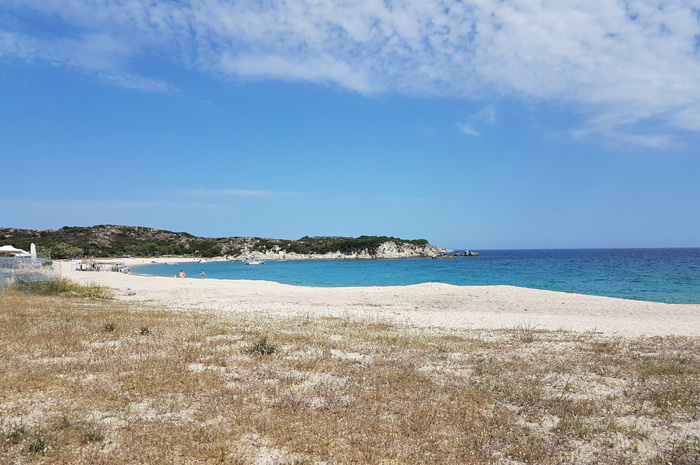 Already last year we visited the seaside resort Kalamitsi several times in, as the beautiful sandy beach with its crystal-clear water particularly attracted us. 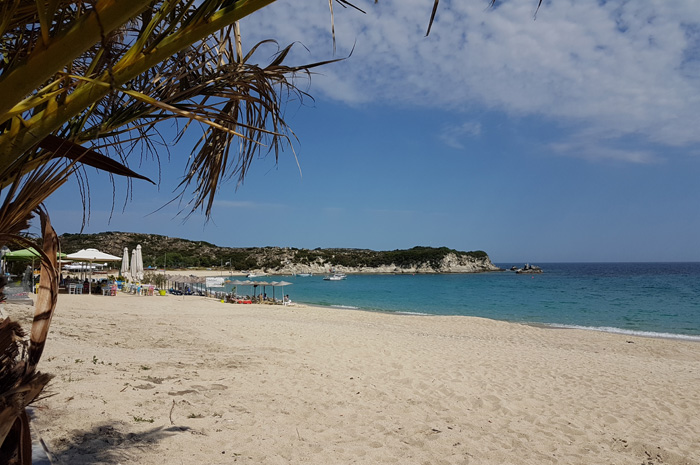 Surprisingly now in mid-May the beach was still not crowded, just a few visitors had settled on the beautiful sandy beach. 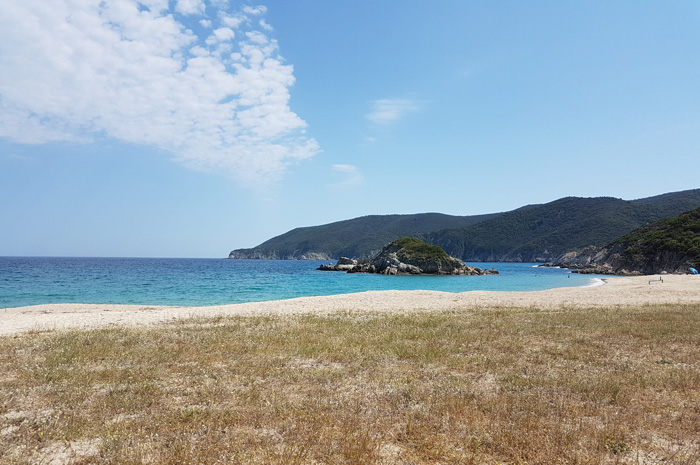 Probably your orign has to be the North of Europe to feel the water temperatures as pleasant, so we were and took a bath in the sea. 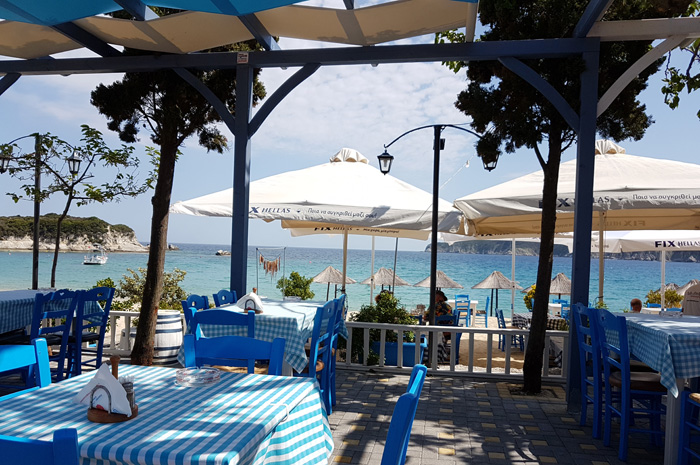 We noticed, however, some construction activities, so the waterfront promenade will soon be finished. The street has been paved, which continued into the upper restaurant terrace on the beach. 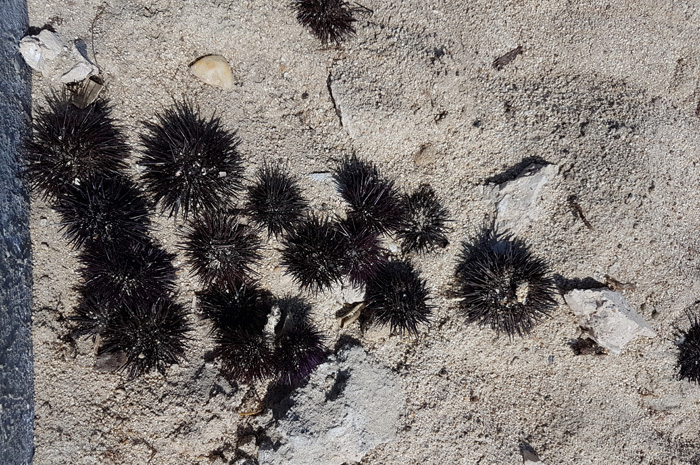 Here the sea had left its prey. 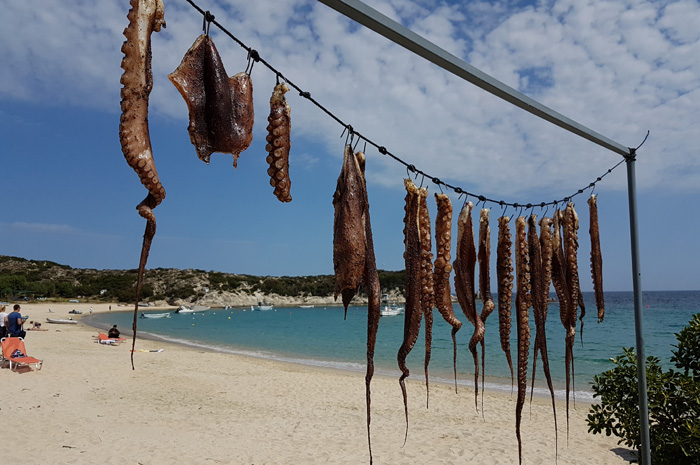 The caught squid hung right next to the first beach restaurant, it never gets any fresher. 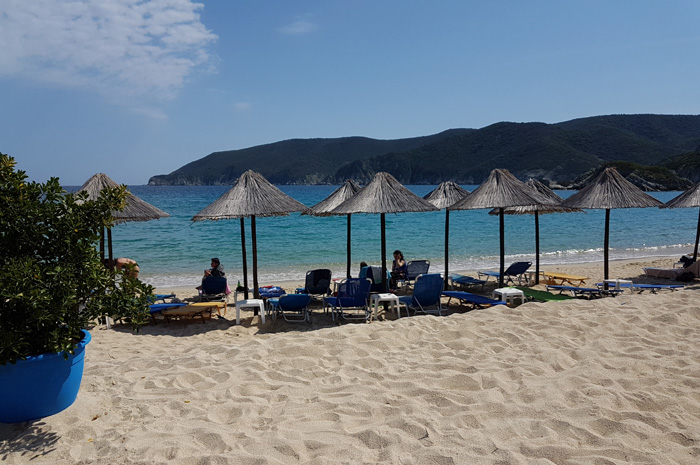 Then we recognize the different levels, which had become terraces made of netstones covered with beach sands, so there was a further step to the beach. Good solution! 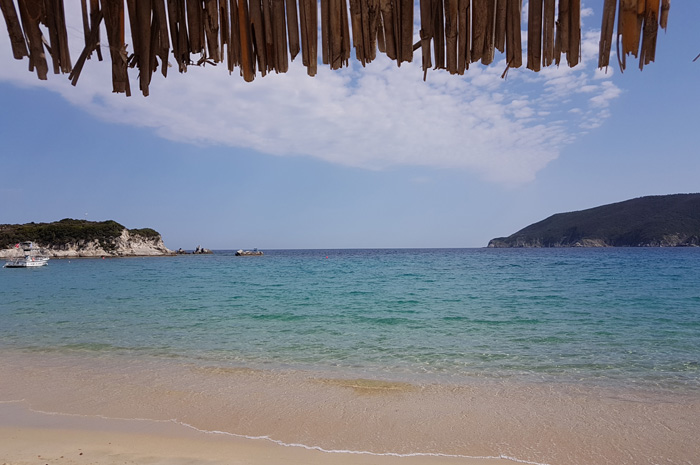 Is not that a tempting sight? 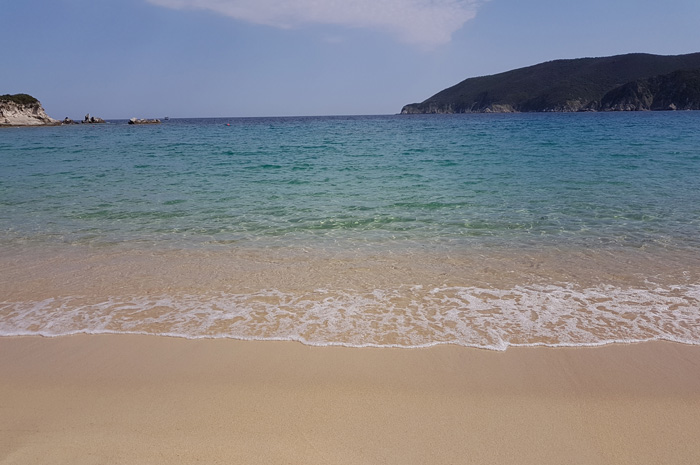 Or the sea in this photo? 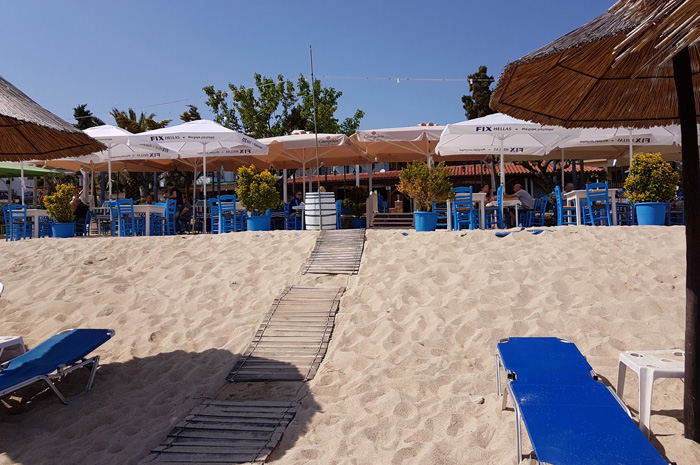 Here the differences in height are clearly visible through the terraces. 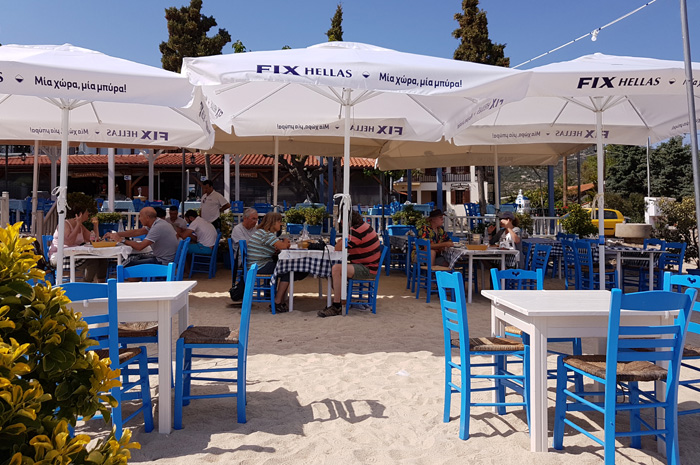 Thus the restaurant area was also significantly larger and no longer as steep as in the previous year, where chairs and tables often threatened to overturn. 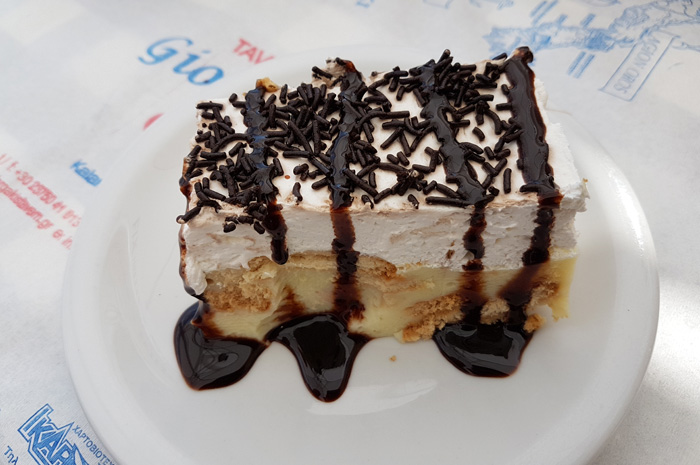 After reviewing the kitchen, we decided to go for coffee and cakes ..... 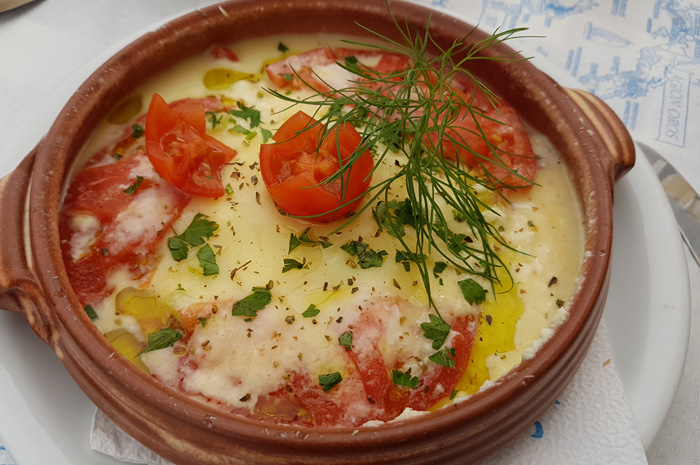 While Seher was rather heartily preferred. 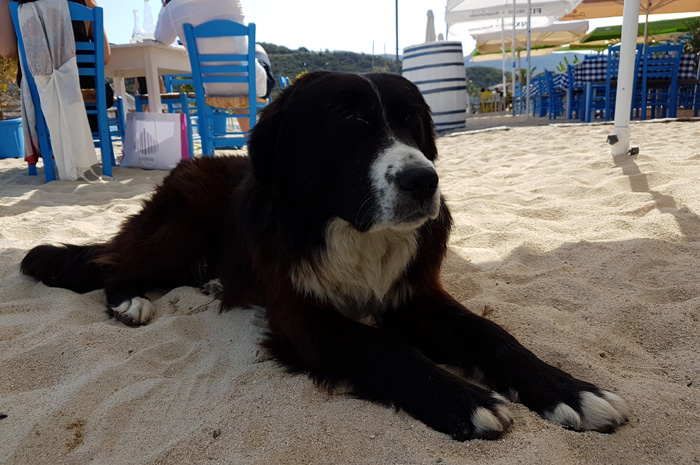 Another guest had also stopped at our feet, but without being intrusive.