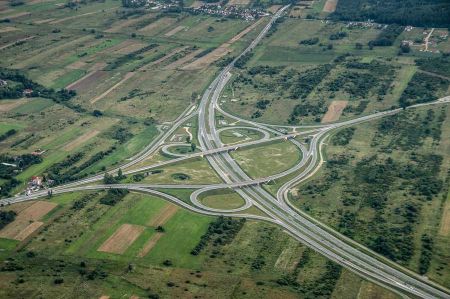 The geo-strategically favourable location between the three large economic blocks Asia, Europe and Russia makes Turkey one of the most important international transport hubs in the world.

Last but not least, the country's geography is decisive for the positive development of the Turkish transport and logistics industry and thus for the entire region. The size of this economic sector has tripled since 2002 to 59 billion US dollars. Current forecasts even assume growth of up to 120 billion US dollars by 2015. More and more foreign investments - from Germany too - are largely responsible for this positive development.

Large German logistics companies such as DHL-Express, TNT and DB Schenker have already shown the way and discovered Turkey as an international hub. If you look at the current economic data for Turkey, your pioneering spirit has long paid off. With an average GDP growth of 6 percent in the past few years and a sensational 11.7 percent in the last quarter of 2010, Turkey achieves quotas that are currently only exceeded by the Chinese economy (11.9%). The latest OECD study assumes an annual GDP growth of 7 percent in Turkey in the coming years (2011-2017) - a forecast that the German economy can only dream of at the moment, despite the upward trend. In the area of ​​transport and logistics in particular, the government is relying on continuous improvement of the transport infrastructure. The focus is on shifting goods transport to rail and transforming large ports into logistics centers. Furthermore, in the construction and operation of large transport projects, priority should be given to promoting public-private partnership models.

The preferred method of transport in Turkish goods import and export is by sea. Favored by its geographical location, surrounded by three seas (Mediterranean, Aegean and Black Sea), together with the Dardanelles and the Bosporus, Turkey has a clear competitive advantage in the region in the area of ​​international sea transport. The most important Turkish ports are in Istanbul-Izmit, Izmir, Adana-Mersin and Samsun. Here the Turkish government is trying to achieve further growth through ambitious privatization projects. The port in Mersin was successfully handed over to private hands in 2007 and others such as Samsun, Derince, Iskenderun and Izmir are to follow this year.

In addition to the sea route, a well-developed road network is also of great importance for logisticians in the international transport business. Accordingly, the Turkish government has placed great emphasis on constant expansion and modernization in recent years, thereby increasing the logistical importance of the road. For the next few years she has planned a budget of 23 billion US dollars for this project alone. It is therefore not surprising that 95 percent of all people and 90 percent of all goods are currently moved on the Turkish highways.

Into the future at high speed

Even if the road is the preferred mode of transport in Turkey, rail traffic will catch up massively in the coming years and become more attractive. Turkey's goal is to supply the sometimes outdated routes and dilapidated train stations with subsidies and, in the long term, to move a large part of international transport to rail. The expansion of the 8,687-kilometer state railway network is planned by 2023. The budget estimated for this is 23.5 billion US dollars and is to be invested in the expansion and modernization of high-speed lines in particular.

Turkish Airlines is and will remain an important driving force in the aviation sector. Turkey's largest national international airline was able to maximize its profit by 327 percent in 2008 alone. This makes it the fastest growing airline in Europe. The number of passengers carried rose by 15 percent between 2007 and 2008 and reached around 23 million. The airline was also able to increase the number of goods transported to 203,000 tons in this period. With increasing liberalization of the sector, private airlines such as Pegasus, Atlas Jet and Onur Air have also established themselves on the market and were able to achieve average growth rates of 11 percent per year in domestic freight traffic between 2004 and 2008.

For German companies, attractive opportunities for an investment in Turkey are not only opening up through numerous privatization projects in the transport and logistics sector. In addition to Turkey's favorable geostrategic location, the government also offers an extensive incentive system that promises enormous tax advantages depending on the sector and region. For example, companies in Turkey benefit from a partial or full exemption from corporate income tax and a state payment of up to 80% of the employer's share in social contributions. In addition, Turkey has the largest and youngest population in Europe with an average age of 28.8 years. The number of highly qualified people is also increasing. Companies in Turkey can fall back on 24.7 million young, well-trained specialists and 450,000 university graduates per year. Whether on land, on water or in the air - the Turkish transport and logistics sector is still on the move and offers enough potential to become one of the most important logistics centers in the world in the future.