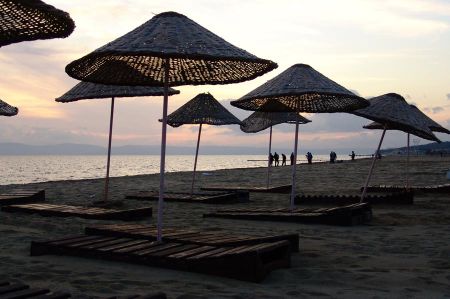 At this point, we want to meet the wishes and inquiries of some alaturka readers and give you, as a hobby author, the freedom to portray yourself and report on your move to or settlement in Turkey.

If you are also interested and enjoy sharing your experiences with other newcomers or long-term holidaymakers, this is the opportunity. Write your adventures, your experiences and insights as articles, which, if possible supported with some pictures, help to describe your time in Turkey. We would be very pleased to receive your feedback and would be happy to publish your activities, certainly also in the interest of other readers. 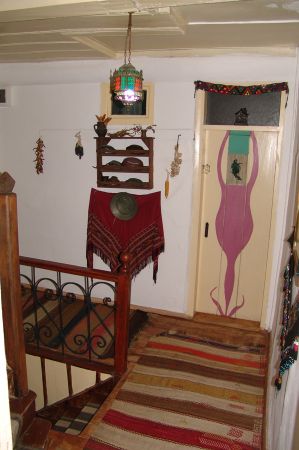 In 1985 a school friend of mine went to Turkey, more precisely to Kuşadası, and founded a water ski school with parasailing there. We had been in close contact since we were at school and he said that we, my wife Gerda and my two sons, then 5 and 3 years old, should come visit him on vacation. So in 1986 we drove for the first time early in the morning from Nuremberg via Austria, the then Yugoslavia (there we stayed in a "bungalow" on a campsite), Bulgaria to Edirne border crossing), looked at the Selimiye Mosque there, from Eceabat to Çanakkale by ferry across the Dardanelles from the west to the east and continued along the coast via Izmir to Kuşadası.

There, my friend Willi had booked a room for us in a private pension and we had a great vacation in Turkey. In Kuşadası itself the bathing beach wasn't that great, but my friend Willi gave us a few hot tips there too and so we always drove a few kilometres to a wonderful bathing beach in the Dilek nature reserve. Because of my friend's care, we were spared possibly negative experiences and we decided to spend the next annual vacation in Turkey.

Arrival via Yugoslavia and Bulgaria 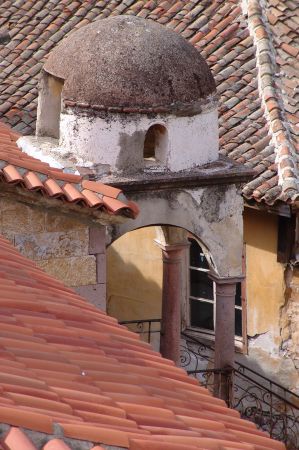 So in 1987 we drove on the now familiar route in two days from Nuremberg via Niş (Yugoslavia) where we stayed overnight, via Bulgaria to the border crossing at Edirne and then as usual via Çanakkale to Ayvalık. Stop, not quite, because this time we didn't cross the Dardanelles with the big ferry, but drove about 5 km from Eceabat to Kilitbahir. From there a small ferry goes to Çanakkale depending on demand. On the E 87 we went over the foothills of the Kaz Mountains to Ayvalık.

If "Ayvalık" is offered as a travel destination in German catalogues, then "Sarimsakli" is usually meant, because that's where the most beautiful beaches are. Sarimsakli is located about 7 km south of Ayvalık and belongs to Küçükköy Municipality. Sarimsakli means "garlic" and this means that the farmers from Küçükköy had their vegetable fields here. I live in Nuremberg and just outside Nuremberg is the "garlic country", from here the city is supplied with fresh vegetables. How similar everything is.

I had already heard about the great beach near Sarimsakli in Germany and that's where we spent our vacation in a small, very simple but clean motel with the "Abay" family, just a few meters from the beautiful, wide sandy beach.

Great round trip through Turkey with the caravan 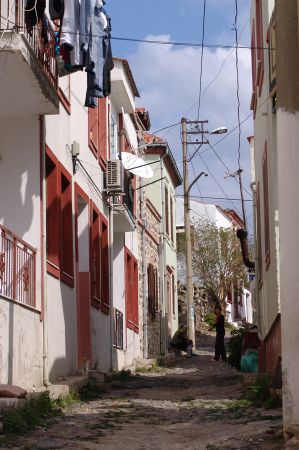 In 1988, however, we first went on a small round trip through Turkey in a caravan. Our way led us again via Ayvalık, Izmir, to Antalya and from there via Isparta, where we were allowed to watch a carpet weaver and where my wife stocked up on plenty of "gül sabunu", that is rose soap of the best quality, to Eskişehir (there are before mainly made of meerschaum pipes) and finally back home via Istanbul. In between we crossed a scenically unique, huge plateau. In Istanbul at the campsite we met a colleague whom I hadn't seen at home in Nuremberg for years. Of course, the reunion had to be celebrated and we, as already “almost Turks”, took the lead for the next few days together.

At the end of this holiday trip, we realized that we were particularly impressed by the landscape and the climate in the area around Ayvalık, so it was quickly clear: in 1989 we are going back to Karaağaç!

Holiday home in Karaağaç near Ayvalik 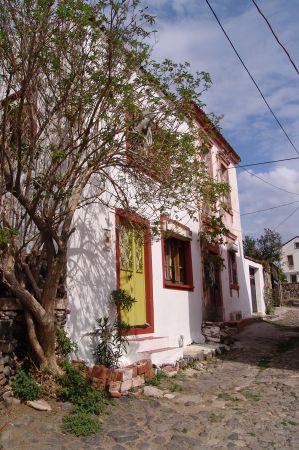 In 1989 we were able to rent a holiday home in a holiday complex near Karaağaç. Karaağaç is a village on the E 87, about 20 km north of Ayvalık. There, too, we found this beautiful, wide sandy beach. The fact that you live in a somewhat secluded way in a holiday settlement showed us that we don't need a big city, but that a village with shops, restaurants and a bit of life is important to us. Overall, we liked it so much that we decided to buy a house in this area. I looked at a number of finished and semi-finished properties. To do this, I drove my car along the coast about 30 km north and south of Ayvalık and finally we found something that appealed to us. Our decision fell in favor of Sarimsakli. Although it was not a "villa", as the detached houses are often called there, but "only" an apartment, we were happy anyway. We became the owner of a property in Turkey! Almost anyway. Like many other foreigners, we didn't get an entry in the land register, so we had to buy the apartment through a straw man. A risk that prospective buyers must be aware of in any case. In my case everything went fine. Just one year later we received our "Tapu", the entry in the land register, as a complete surprise. And so we've been looking forward to coming back there every year since then. Sarimsakli has actually become our second home.

How the apartment came about, why it wasn’t a villa and how we have been using our apartment since then, in short everything that had to do with the decision to settle in Sarimsakli, I would like to write in another article.