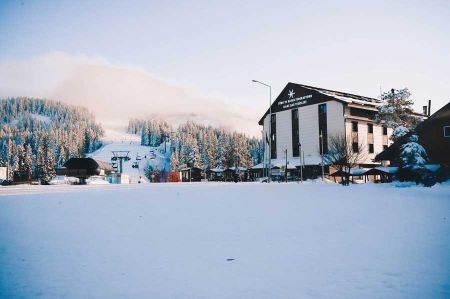 One of the historically oldest cities in the Black Sea region is without any doubt Kastamonu, a place that is said to have existed around 1800 BC, well before the Roman occupation.

In the region then called Paphlagonia, which lay between Bithynia in the west and Pontus in the east on the Black Sea coast, the city was known as Timonion in Roman times. The humble son of the Thracian soldier Isaac I Kommenos was to build a fortress as a fiefdom on behalf of Basil III, which was built to serve as the seat of the regional ruler and was named Kastra Kommeni.

Although the inhabitants of Paphlagonia have never played a major “role” historically, they are among the oldest settlers in antiquity. At the time of the Hittites, the Kashka people lived here, whose exact origin and connection to Paphlagonia is still completely unknown. It is believed today that this tribe had immigrated from Cappadocia, as linguistic relationships suggest in the context of the branching of Indo-European languages. Herodotus already reports of the Paphlagonians as a group of warriors reinforcing the army of Xerxes in 480 BC in his travel records. Xenophon also speaks in his notes of a free group of people with their own home, independent of the satraps, when he talks about the Paphlagonians. It can be assumed that this ethnic group was able to develop relatively undisturbed, since their settlement area was safe due to high mountains and hardly passable terrain.

Paphlagonia later came under control of Macedonian rulers and lost its independence after the death of Alexander the Great and was united with Cappadocia and Mysia to form Eumenes. However, the independence from the Pontus could be preserved. Just when Pharnaces took over the Greek city of Sinope Paphlagonia did lose its importance and with the fall of Mithridate in 65 BC it was incorporated into the Kingdom of Pontus.

The Romans under Pompey then united further parts of Paphlagonia, Pontus and the already existing Roman province of Bithynia as a whole with the Roman Empire while maintaining the local ruling structures. It was only in the 5th century AD that Paphlagonia reappeared as an independent province.

In addition to the museum, the 64,000-inhabitant city of Kastamonu offers the Ilgaz mountain, 2,587 meters high, a winter sports resort, the ancient ruined city of Zimbilli (formerly Pompeipolis), the Geuk Irmak valley and the Ilgarini cave, one of the longest in Turkey. Also worth seeing are the rivers Gökirmak as a tributary of the Kızılırmak, as well as the University of Kastamonu, which consists of a variety of colleges, schools and institutes that had previously belonged to the University of Ankara and Gazi University, newly founded and successful work as one of the best universities Turkey offers.

The region around Kastamonu also became known for its folklore, the excellent construction of solid wood furniture and its tobacco cultivation.

Here are some other interesting historical data:

- conquered in the 12th century by the Danischmenden from Sivas.
- Mentioned in the 14th and 15th centuries in connection with the slave trade of the Genoese in the Black Sea
- 1393 conquests by the Ottomans
- 1403 Arrival of Timur Lenk
- In the 19th century, a cook named Hamdi from Kastamonu is said to have prepared a Turkish Döner Kebab for the first time.