Ordu is located in northern Turkey, about 900 km from Istanbul and 600 km from Ankara, on the eastern Black Sea coast and at the same time on the edge of the Pontic Mountains.

This location combined with the mild climate leads to lush vegetation, which is why people like to say: “Ordu, the place where blue and green meet” (Ordu, yeşil ve mavinin buluştuğu yer)!

The area around Ordu is said to have been settled at an early age and was known in ancient times as Cotyora. The city was destroyed in the course of its history several times and rebuilt again and again. The original settlement area has shifted from the slopes of Boztepe to the valley area and the coast. Although the older parts of the city have lost their original meaning, they have retained their charm with the typical traditional wooden houses. The modern centre of the city is now in a valley between the Boztepe mountain and the Black Sea. Boztepe, from which one has a beautiful view of the city, is approx. 450 m above sea level and is a popular destination for both locals and visitors.

The hazelnut as an economic factor - the export hit 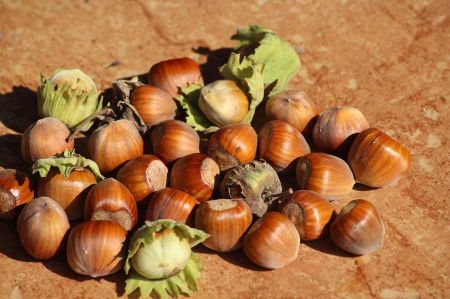 Hazelnut cultivation is a major economic factor in the region, but fruit and vegetables are also grown and, at higher altitudes, cereals, maize and potatoes are grown. There are also fisheries and a few industrial companies that are of supra-regional importance. The population traditionally practices hazelnut farming, most of which is exported abroad. Due to the mountainous landscape, harvesting is a very arduous job. Hazel species are deciduous, deciduous mostly single-stemmed trees or shrubs that reach heights of 3 to 15 meters. The bushes mostly branch out into a large number of branches without forming a main trunk, the trunks and branches are twisting, which makes the harvest extremely labor-intensive.

The promenade and the city centre should be attractive to tourists

The city of Ordu, which is more modern, with its city centre and the promenade that invites you to stroll, also has many typical fishing villages in the area and, in higher elevations, alpine villages, which in summer through numerous festivals and even a nationally known VW Beetle Festival come alive.

In summer the beaches invite you to swim, you can also go fishing, rafting and paragliding in the sea and rivers, and you can also explore the various alpine pastures such as Çambaşı, Keyfalan, Argın, Topçam, just to name a few, with their original landscape on hikes.

In addition to the traditional wooden houses, there are also some stately homes and restored churches and castles in the region. According to legend, the Yason Church was a stopover for the Argonauts around Jason in search of the Golden Fleece. Many caves and tombs that can be found in the area around Ordu and are only slowly being archaeologically explored indicate an early settlement of these areas.

The local cuisine with lots of vegetables, local grasses and herbs, as well as various fish dishes, of course, should not be forgotten.

The area around Ordu, with its largely pristine nature, has not yet been well discovered by tourists, both in terms of landscape and culture

The combination of mountains, sea and rivers make up the individual charm of this region.