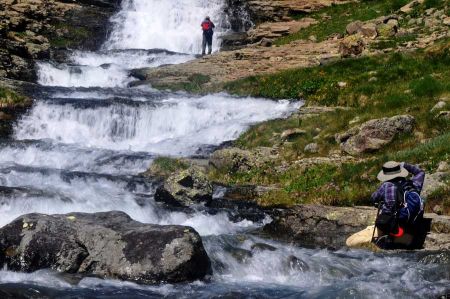 On the way to Trabzon we stopped for a short tea break in Gümüshane, a small town of about 26,000 inhabitants.

Gümüşhane is located in the eastern Black Sea region at about 1150 m above sea level. Gümüşhane was once founded in the narrow valley of the Harşit Çayı River, which separates the Zigana Mountains from the Gümüşhane Mountains. The name of the city means something like "Silver House" and is probably a translation of the Greek name Argyroupólis ("Silver City"). Silver has been mined in the vicinity of the city since ancient times. At the same time, the city is also the centre of the central district (Merkez). Gümüşhane was known as the silver mine as early as 1300 and as the big city "Cumich" in the 14th century. The place certainly had city rights as early as 1650. 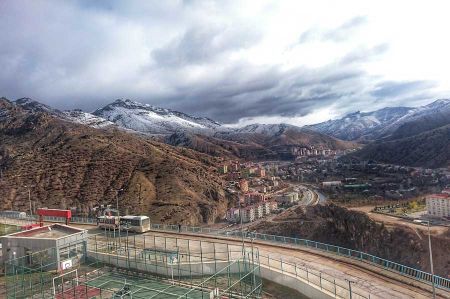 Even the drive through the Giresun Mountains was wonderful, as one drove on natural plateaus at around 1200 - 1500 meters above sea level, the vegetation of which constantly alternated between meadows and forest. We were quickly involved in an interesting conversation in the tea room / cafe, which we had similar already met thematically in Kizilca / Denizli.

Due to the location and structure of the mountain region of Gümüshane, which is one of the economically weakest regions in all of Turkey, countless residents have been forced to leave Gümüshane for economic reasons. So today there are a large number of vacant houses from which the local infrastructure suffers greatly. As in many cities in Turkey, people were drawn to Istanbul and further to Europe, with Germany in particular being the destination. Today there are some centres in Germany with a high number of migrants from Gümüshane who try to support their traditional homeland financially and materially.

Tourist development in the outdoor area 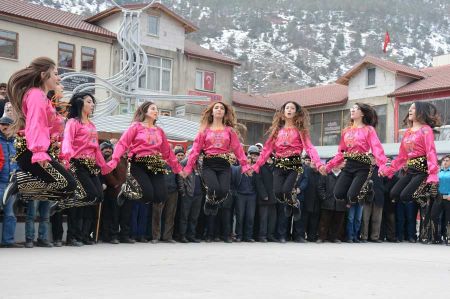 Attempts to bring tourism to the region through tourism, especially winter tourism, are showing initial success, for example at Kalkanli in the Zigana Mountains, which is well known for the Sumela monastery, a ski area that is to be expanded. The Karaca caves are also open to tourists and are now well visited.

Once again we were amazed by the friendliness and openness of the people despite all the problems and worries that accompany them. Trabzon was still about 90 kilometres away and there will certainly be a stopover at the Sumela monastery, so that we had to say goodbye to our conversation partner.