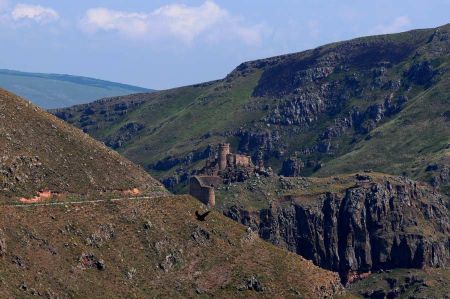 In the very north-east of Turkey is the province of Ardahan with the provincial capital of the same name, which lies on the border with Georgia, has always played a special role in the border traffic between Transcaucasia and Eastern Anatolia.

In 1985, researchers discovered the Urartean rock inscription by Hanak here in eastern Anatolia, which is now kept in the Archaeological Institute of the Istanbul Museum. The inscription tells of the campaign of King Argišti against the land of Tariu, which he was able to defeat. Argišti then moved with his troops to the land of Huša, to the land of Biani and then to the land of Ašqalaši, where on his way he destroyed 6 fortresses and burned 50 cities, captured more than 72,000 cattle and killed 7,000 people. The statements of the inscription itself are not verifiable, but it proves the pure presence of the Urartians in the area of ​​the Çildir lake. It is also not known exactly where the place Hanak was, one suspects Tariu or Diauehe. 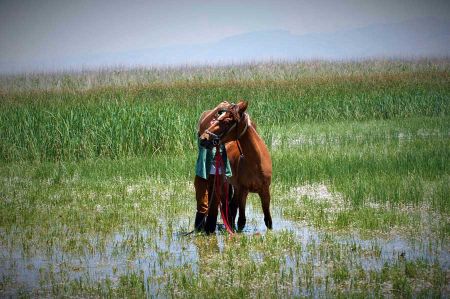 When the Cimmerians met the Urartians on their way from the Caucasus to Anatolia in the 8th century BC, there was renewed fighting, which more and more displaced the Urartu Empire. Around 650 BC the Medes were able to conquer the region around Ardahan, but 100 years later the Persians were masters of the land. The Persians were followed by Georgians, Greeks, Romans and Armenians until the Seljuks were able to take over rule in 1069. Since 1551 the Ottomans took over the rule, which remained until the decline at the end of the First World War. Now the Ardahan region has been briefly assigned to the Democratic Republic of Georgia. With the occupation of Georgia by the Soviet Union, however, the Brest-Litovsk peace treaty stipulated that the Ardahan region should be returned to Turkey.

After lot of Changes regarding settlers there is modern City 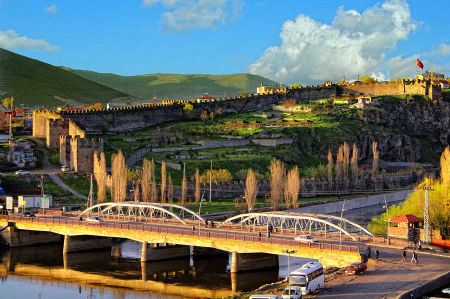 Today the Ardahan region borders the states of Georgia and Armenia, as well as the Turkish regions of Kars in the south, Erzurum in the southwest and Artvin in the north. The population is a colorful mixture of Turks, Kurds, Georgians, Lasen, Circassians and other ethnic groups who also come from Georgia and Amenia as guest workers.

In addition to the lakes Çildir Gölü and Aktas Gölü, which are an attraction due to their altitude, the castle of Ardahan, which was built in 1544 by the Sultan Suleyman I, is another attraction. The same applies to the so-called devil's castle, Seytan Kalesi, which is located in Çildir directly on the border with Georgia. 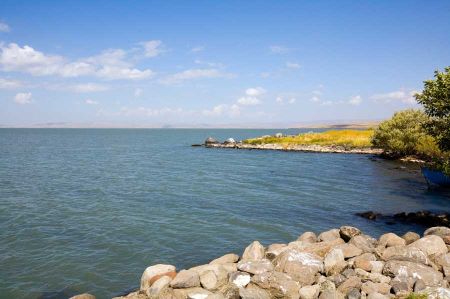 At 1,900 meters above sea level, Çildir Gölü in the province of Ardahan is one of the highest freshwater lakes in Turkey. Surrounded by the mountains Kisir Dagi and Akbaba Dagi, the lake covers an area of ​​123 km2 and is 42 meters deep at its deepest point, depending on the seasonal water level. Located near the national borders with Armenia and Georgia, the lake's water is used to irrigate the agricultural areas. However, part of the lake water flows away through the Arak Su stream towards the Black Sea.

The Çildir Gölü is about 18 kilometers long and 15 kilometers wide, so it is difficult to avoid due to the surrounding mountains. A ferry service connects Akçakale and Gülyüzü accordingly. Due to the severe winters that completely freeze the lake, the ferry service is only operated in spring, summer and autumn.

Iron Age historians suspect the territory of the Kingdom of Iga on the south-west bank of the lake. Found inscriptions of the Urartian kings Argišti I and Sarduri II suggest that the capital Maqaltu of the Iga Empire was near the present-day town of Tasköprü. This is also evidenced by an inscription by King Sarduri II, in which a campaign against the capital Maqaltu is reported. 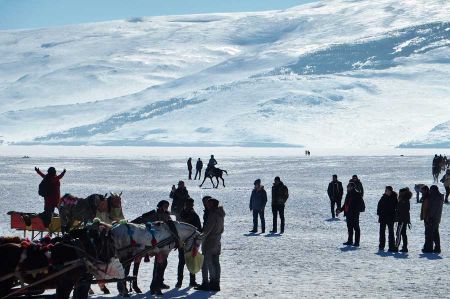 Another high-altitude lake in the Ardahan region is Aktas Gölü, which is much smaller than Çildir Gölü, but is also located on a 1,798 meter high plateau. However, around half of the lake's area of ​​around 27 km2 is in Georgia. As a lake of tectonic origin, the Aktas Gölü is supplied with the meltwater from the surrounding mountains by a large number of small streams, which leaves the lake via the Kura River.

Relatively original landscape and the cordon off as a military reserve due to the proximity to Georgia with heavy reed vegetation near the shore were probably the reason for groups of Dalmatian pelicans to settle Çildir Gölü. Today the region is also designated as a nature reserve, so that the activities of the people are only possible to a limited extent. Fishing may only be carried out using fishing equipment.

Ereğli - Kerberos and the Cehennemağrazı cave

Hungary - From the capture of the Magyars to today