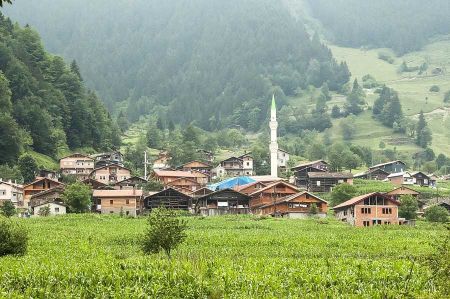 Founded in 756 BC, Trabzon is considered a very old city in the ancient high culture of Asia Minor, making Trabzon even older than Rome. As important as Trabzon was at the time, the city was insignificant many centuries later and played little significant role in history.

This was to change fundamentally at the beginning of the 19th century, because Trabzon was economically stronger thanks to its trading privileges with Russia and was able to break away from the Ottoman government, at least in part. This extraordinary situation was compounded by another factor, as the citizens of Trabzon, as a free trading city, did not have to pay taxes to the Ottoman Empire. 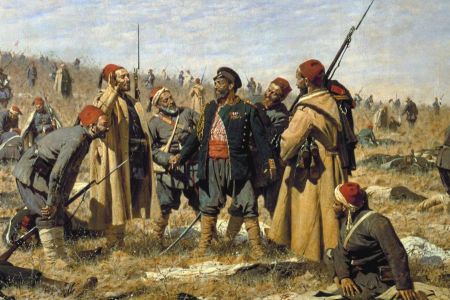 During the Russo-Turkish War of 1828-1829, Russian troops advanced as far as Trabzon. After the end of the war, a treaty was concluded between the Ottoman Empire and Russia in Adrianople, in which Russia extended its trade privileges to the entire Ottoman Empire. In the years that followed, of course, other European states also claimed the same trading privileges with the coastal cities on the Black Sea. On the one hand, this led to the great economic boom on the Black Sea coast, because sales in the port cities skyrocketed. On the other hand, a large proportion of profits always went abroad, especially from 1829, after several foreign consulates were opened in Trabzon. Above all, British trading companies, which had arranged brisk transit trade with Persia via Trabzon, dominated the city's economy. Only a few years later, in 1836, a British shipping company opened a steamship line from Istanbul via Samsun to Trabzon. Other trade lines from four other countries quickly followed this example. 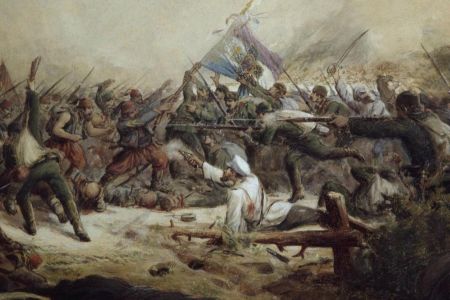 It is hard to imagine today that the slave trade was still of great economic importance at that time, it is after all already the middle of the 18th century. Coming via the ship routes from Trabzon, Circassian and Georgian slaves were taken to Istanbul, the Levant and Egypt on mostly British ships. It was only the immense pressure of some European countries that led to the slave trade being banned in 1855. It is probably human nature that with the official ban on the slave trade, the smuggling of slaves developed. With the help of small sailing boats, the slave traders now brought the slaves across the stormy eastern Black Sea to Trabzon, from where they were then smuggled on in various ways. There is evidence that slave traders stayed in Trabzon until the beginning of 1870.

The Crimean War in the years 1853 to 1856 had caused an additional upswing in Trabzon, because important war equipment was loaded via Trabzon. With the opening of the Suez Canal in 1869 and the subsequent opening of the port of Khorramshahr in Iran, Trabzon lost trade in goods with Persia. When the railway line across Anatolia could be completed, Trabzon became more and more marginalized economically and in terms of transport. 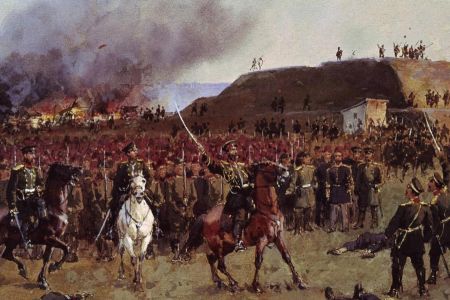 In the last century, the majority of the population consisted of Greeks and Armenians. With the start of World War I, the situation in Trabzon also changed dramatically. In February 1914, the task of "collecting" the patriotic collection to be procured for the construction of warships and other war material was transferred from the city's Unity and Progress Committee to criminal elements in the city. As a result, Greeks and Armenians were blackmailed and shops were looted, companies of Greek and Armenian origin were boycotted. With the proclamation of general mobilization, the Armenian high school fell victim to an arson attack and burned down to the foundations. After Bahaeddin Sakir's visit on June 23, 1915, the Red Cross Hospital was closed and the deportation of the Armenian population began. Many Armenian women and children were pushed out to sea in boats, where they inevitably capsized. The American consul in Trabzon even reported that fully occupied boats went out and a few hours later returned empty. 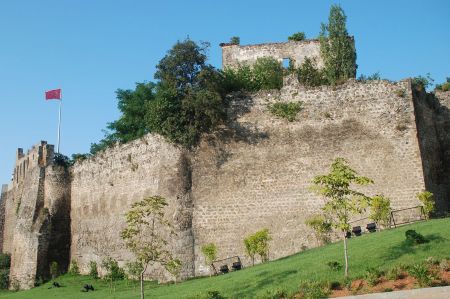 In April 1916, the Turkish troops left the city, whereupon parts of the Greek population contacted Russian troops, who then occupied the city on April 19 and stopped further advances along the coast. Greek businessmen and especially some church leaders cooperated with the occupiers, drawing the anger and dislike of the now mostly Turkish population. After negotiations to end World War I, the Russians withdrew from Trabzon. As a result, Turkish militias attacked the Greek community areas, which had barricaded themselves in parts of the city for defense. Despite summoned Turkish troops, who entered the city again on February 14, there was no understanding between the parties. The power vacuum was just too big to restore law and order. The security situation in the city became more and more precarious, above all because a Greek independence movement had now formed and was fighting for an independent Republic of Pontos. A republic based on the ancient kingdom of Pontos was to be established between Samsun and Trabzon. The independence movement was pushed back more and more underground until finally on New Year's Day 1920 there was a series of bomb attacks intended to reinforce Greek demands. In the Treaty of Sèvres, Trabzon was intended to be part of Armenia. This issue ended when, in April 1920, the Turkish army finally took control of the city. After Greece's defeat in the Greek-Turkish War of 1919-1922, the majority of the Pontic Greeks were resettled to Greece as part of the "population exchange" agreed in the Treaty of Lausanne. The Greeks who converted to Islam stayed behind in Trabzon.

With the fall of the Berlin Wall and the associated opening of the West, the Soviet Union increasingly disintegrated. Since the western opening in 1991, Trabzon has again been a popular place for Russian tourists and traders, so that a completely renewed infrastructure is now in place, which makes Trabzon an interesting city with an impressive past.

Trabzon - Town of Churches and Cloisters