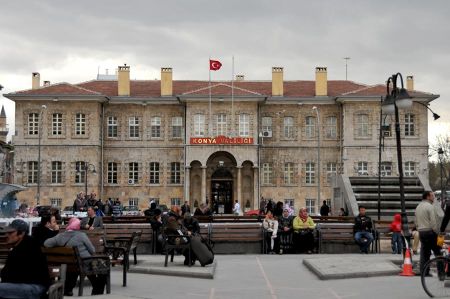 Especially in the last 5 years, the provincial capital of Konya (the province of Konya is as big as Switzerland) has developed at breakneck speed.

The increase in the population alone makes this clear: while there were around 500,000 inhabitants in the 1990s, today there are already 1.1 million people (2010 census 1,036,027). Of course, this also goes hand in hand with the need for infrastructure such as housing construction, road construction and supply systems. Today, Konya is connected to all major cities via a highway network, and a high-speed railway opened in 2011 leads to Ankara, which covers the 300 kilometers in 90 minutes. Since 2000 there has been an international airport in Konya. Konya has thus become the 7th largest city in Turkey. Located almost in the center of Anatolia at an altitude of about 1,200 meters, the biggest problem is the water supply. Only a few rivers that flow into the surrounding lakes contribute to the water supply.

Konya emerged from ancient Iconium, a city that has been documented since the 4th century AD. Hellenistic settlers were probably already resident in the region beforehand, and today it is even assumed that the city has Luwian or Phrygian origins. At Aladdin Tepe, located in the center of the modern city of Konya, excavations have uncovered artifacts that closely resemble Phrygian handicrafts. 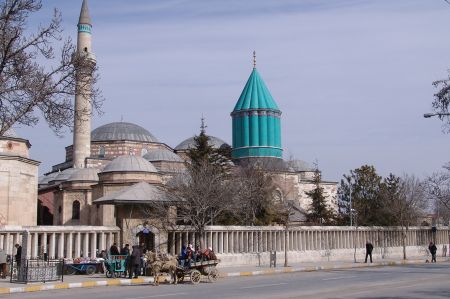 With the arrival of the Romans in 25 AD, Iconium was assigned to the province of Galatia. Under Emperor Claudius, long-serving soldiers were settled here, so that at times even the name of the city changed to Claudiconium. Religion has always played a crucial role in Konya. Konya is considered the birthplace of Saint Thekla, also mentioned in the Bible in connection with Paul's missionary journeys. Konya is still a titular archdiocese in the Roman Catholic Church today. During the Ottoman period, Konya was an important center of Islam, where the Sufi order was able to establish itself early on. Today the Mevlana Mausoleum Jalal ad-Din Rumi is one of the main attractions for tourists and believers from all over the world. Followers of Sufism see the mausoleum as a place of pilgrimage, so the crowds are correspondingly large. When Atatürk banned Sufism by law, Konya developed into a stronghold of the Islamic conservative opposition. This can still be felt in the cityscape today and is particularly evident during elections.

Iconium as its capital Sultan Kilic Arslan I 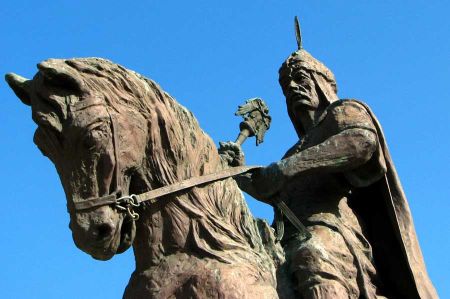 With the advance of the Seljuks in the 11th and 12th centuries, the Rum Seljuks under Sultan Kilic Arslan I founded an independent sultanate in central Anatolia, with Iconium as its capital. At that time, agriculture was already developing into the concept of Turkey's granary, which is still valid today: the Rum Seljuks taught the farmers how to grow fruit and vegetables, learned how to organize irrigation systems and trade their products. The trade quickly grew into a thriving economy, trading Russian furs, cobalt, silk and cotton, slaves and horses for precious stones and gold, grain, cloth and weapons from the West for spices, sugar, musk and aloe juice from Egypt and Mesopotamia. Now rich and powerful, the city of Iconium was surrounded by a city wall that had 108 fortification towers.

Battle of Iconium with Frederick Barbarossa

In the course of the third crusade under Frederick Barbarossa, the so-called Battle of Iconium took place in 1190. Sultan Arslan had agreed with Barbarossa on free transit, which his son had disregarded, however. Constant attacks on the crusader army had led to great losses, which they tried to compensate for by pausing and negotiating at Iconium. When this failed, a decisive battle ensued. With the fall of the Rum Seljuks in 1307, Konya came under the rule of the Karamids, with the Ottoman victory over the Karamids in 1442, Konya was integrated into the Ottoman Empire. A large number of Seljuk buildings can still be seen in the city today. 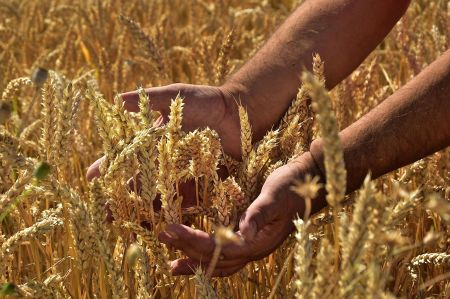 Today the whirling dervishes of the Mevlana and the mausoleum are probably the main attractions in Konya's increasing tourism. Tourists are driven "by bus" all year round to the mausoleum of Mevlana and on December 17 to the dance of the dervishes, which since 1954 have been allowed to be performed again in a gymnasium on the occasion of the anniversary of Jalal ad-Din Rumi.

Another attraction for fans of rail transport can be seen in the tram network of the city of Konya. Only railcars taken over from Cologne in the standard gauge network have been used in Konya since 1992. The famous Baghdad Railway also passes through the city of Konya on its way from Istanbul to Baghdad before reaching its destination through the Cilician Gate and Mesopotamia.

Today, more than 2 million tourists visit the city every year, and the trend is increasing. In addition to the attractions of the city itself, the surrounding area also offers some interesting places, such as one of the oldest human settlements in Catalhüyük, Ak Manastir, the ancient city of Lilistra and the Hadim Selale Waterfall.

When strolling through the city, the visitor immediately notices the many young people. Konya's University "Selcuk Üniversitesi" is the largest university in Turkey with 16 faculties and more than 85,000 students.

Skopje - Excursion through the capital of Macedonia