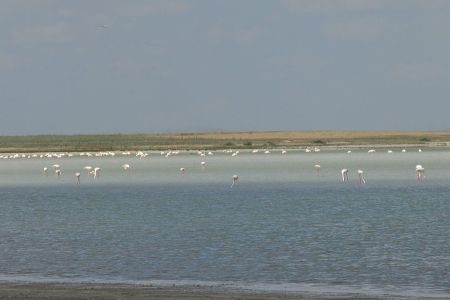 In the immediate vicinity of the city of Kırşehir, which now also has around 110,000 inhabitants, there is an important local recreation destination for the city, which is now also attracting a lot of attention among friends of bird watching and nature conservation, the Seyfe Lake.

Here in Central Anatolia, water is of inestimable value, since the surrounding area has an almost steppe-like character. So, it is only too understandable that at least some of the citizens attach great importance to water quality, bird protection and the untouched nature. It is thanks to them that on August 26, 1990 the lake and the surrounding shore, a total of 10,700 hectares, were declared a nature reserve. 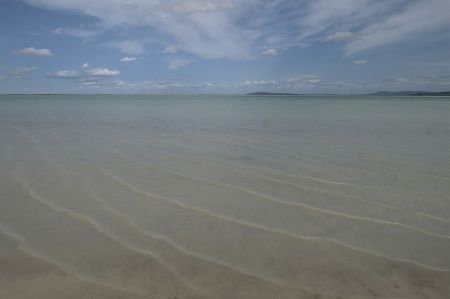 The Seyfe Gölü is an outflow-free, shallow saltwater lake in the Turkish province of Kırşehir. The surface of the lake varies greatly depending on the water level, and it can dry up completely during periods of drought. The lake lies in a shallow basin with no outflow about 20 km north of the town of Mucur.
In addition to groundwater inflows, the lake is fed by smaller periodically flowing watercourses. The fauna of the lake consists of small crabs, small mussels and other invertebrates, which form the food basis for a large colony of flamingos and numerous other water bird species.

160 water bird species counted on and in Lake Seyfe 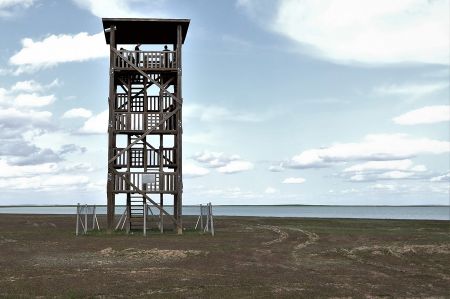 Today, ornithologists from all over the world and Turkey are welcome guests at the lake. Ultimately, they are also the ones who have contributed to the success of the nature reserve by identifying species and counting the birds. In the meantime, more than 160 water bird species have been counted on and in Lake Seyfe, including species threatened with extinction. The surrounding area also offers protection to many endangered species. In addition to the shelduck and shelduck, it is above all the bustard that has made its home at Lake Seyfe. But flamingos and gray herons have also settled on the lake. The pintail ducks, which are found in large numbers on the lake, are also popular with bird lovers. The population at the lake was about half a million birds at the last census.

Excavations of the settlements Hashöyük 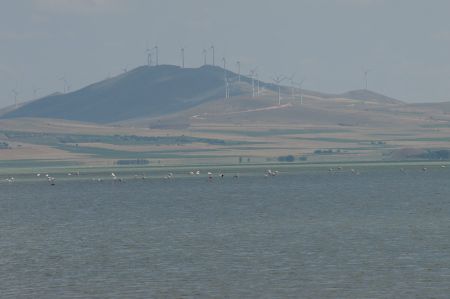 Located between the Turkish capital Ankara and Cappadocia, the wider area also offers worthwhile destinations that can be easily reached from Kırşehir by public transport. Well-known are the large intercity buses that run between the centers throughout Turkey, mostly several times a day, and make traveling very easy and comfortable. In addition to bird watching right on the lake, you can also explore the surrounding area. Here it is above all the excavations of the settlements Hashöyük (3500-2000 BC) and Kalehöyük (1700-600 BC) that should be visited. It is essential to plan several days for Cappadocia.

Only about 16 kilometers from the lake is Mucur, a typical small Turkish town that still conveys real Anatolian flair and is an inexpensive place to stay for ornithologists. Don't expect luxury though.