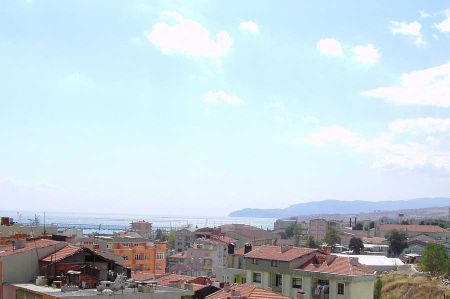 Ongoing excavations at the Heraion-Teikhos ancient city in the western province of Tekirdağ have unearthed a temple at the city's acropolis. The temple, belonging to the ancient Thracian civilization, was thought to have disappeared in a fire that occurred in 2 BC.

The continuing work at the temple has revealed many interesting artworks thus far, the excavation chairwoman says.

Many important pieces of art have reportedly been unearthed in the north western province of Tekirdağ in a temple previously thought to have been destroyed in a fire in 2 B.C.
The ongoing excavations in the pantheon of the ancient city of Heraion-Teikhos in Tekirdağ’s Karaevlialtı district started this year at the beginning of August, according to the excavation chairwoman, Professor Neşe Atik from Ahi Evran University’s archaeology department.
The excavations, which have been conducted since 2000, have unearthed the ancient Thracian civilization for the first time, Atik said, adding that a team of 40 people, including workers, students, archaeologists and anthropologists, was carrying out the work.
She said that they were working to uncover the temple at the acropolis (the highest hill) of the city. “According to the data we have, we thought that the temple burned down in a fire. We have so far removed statues of gods including Kybele, Eros and Aphrodite as well as bronze coins, amphora and similar pieces from the temple,” she said.

This year’s excavations are continuing in the north eastern part of the city, the professor added, noting that they had found a square tower with two-and-a-half-meter-deep walls, resembling city walls, during the first excavations and had started to uncover the tower. “The tower is a solemn structure. It should be a part of a gate in the northeast. But we have not found the city walls that are connected to this tower. We understand that the walls were built for defence, because this tower is huge,” Atik said, adding that the acropolis covered an area of 300 meters and was surrounded by city walls.
“It is possible to see the continuation of these walls on the coast. Some part of the hill is under protection, just like the tower,” she said. 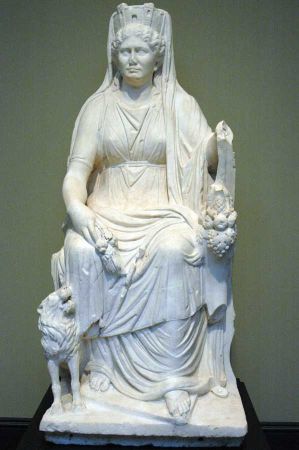 In just one week of work, the temple has yielded very interesting pieces of art, Atik said, noting that dogs were blessed animals in the Thracian civilization. “Dogs were sacrificed for good luck in this period. We saw light yellow spots in the earth when we first started the excavations. And then we found oblation valleys. We found the head of a bull last year, too,” she said, noting that the temple had three different phases.
“According to our research, there had been a holy place here since the 6th century. This magnificent temple was built in the 2nd century,” Atik said. “This temple sheltered many cultures.”
Atik said previous excavations showed that there were different tumulus graves in the northwest part of the acropolis, and they wanted to unearth these graves. “These are extraordinary graves. In this year’s project we want to open one or two undisturbed graves. In this way, we will be able to prove that the Thracian men were buried with their wives, because according to the historian Herodotus, Thracian men had many wives,” she said. “When they died, their wives wanted to be buried with them. A council chose among these wives and these women were buried with their men. But this information has never been confirmed. We need to excavate an undisturbed grave to get definite information.”

The excavations will continue for one month and the area should be set aside to allow the work to continue, Atik added. 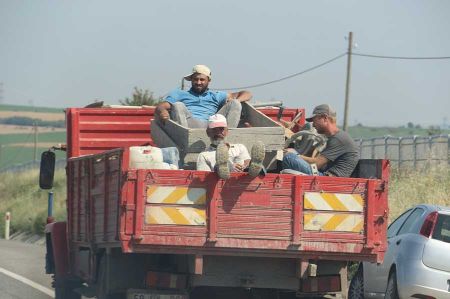 Stating that archaeological excavations need a lot of money and patience, Atik said they continued working with the support of the Tekirdağ Governor’s Office.
“The Ministry of Culture and Tourism allocated us 30,000 Turkish Liras for this excavation. We have received half of this money so far. It is impossible for us to continue with this amount,” Atik said. “Other archaeologists have the same problem as me. Since we don’t have a chance to show our daily expenditures like cleaning and eating in an official document, we have a big problem. We need support to reveal our history.”

We have 258 guests and no members online