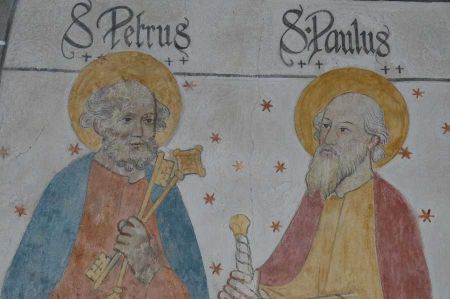 Excavations in the extremely fertile region of the Göksu Delta show a number of prehistoric relics, so that the settlement history at Silifke can be traced back to at least the Bronze Age.

A very early settlement was today's Silifke, whose name goes back to one of the diadochs of Alexander the great, Seleukus Nikator. After the division of the great empire of Alexander, Seleucus Nikator was assigned, among other things, Cilicia as an empire. Emperor Barbarossa was also in close contact with Silifke, unfortunately he drowned during his campaign to the Holy Land in 1190 in the Göksu River about 7 kilometers away from Silifke. More than a thousand years earlier, however, Saint Thekla, who was a student of the Apostle Paul, lived and worked just outside of Silifke in a cave that is best reached from the road to Mut (follow the signs).

The legend of St. Thekla 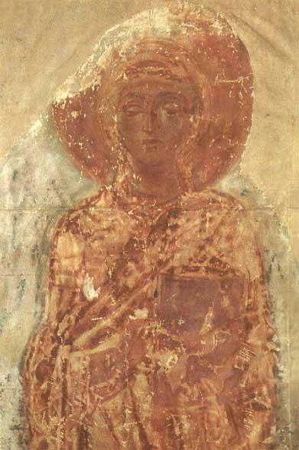 According to the legend, a distinguished virgin from Iconium is said to have been converted to Christianity by the apostle Paul. As a result, she went through the country disguised as a man together with Paul. As was common in his time, many Christians fleeing the Romans fled to underground caves to seek protection. After prolonged persecution during the first century after Christ, a similar cave near Silifke was the last place of refuge for Thekla, who was later canonized and who died and was buried here. The first pilgrims used this place with its shrine for their prayers early on. In the 2nd century a first church was built above the cave and the cave was converted into a church. In small steps, further cult buildings were built, which grew into a sacred area. The spellings of Saint Thekla are quite different, there is the form Ayatekla and Ayathekla, but from the Greek also Hagia Thekla for Saint Thekla and Meriamlik in the Turkish version of the name of the pilgrimage site. 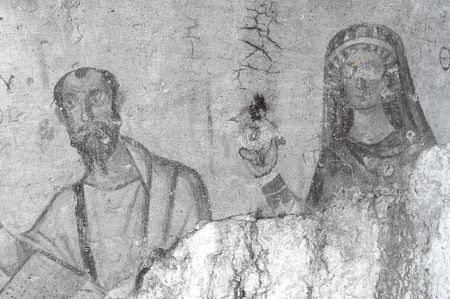 In the middle of the fourth century, the Christian, Isaurian noblewoman Bassiane was held hostage in the course of the clashes between Romans and Isaurians in the underground sanctuary. Bassiane, pregnant at the time, could not stand the hot, humid climate in the cave and, according to legend, passed out. She was saved by Saint Thekla, with which the place finally gained its myth and became a much-visited pilgrimage destination, especially female pilgrims. In 374 Gregor von Nazianz spent some time in the cave's premises, 10 years later the consecrated Virgin Egeria stayed in the place of worship for some time after she came through Silifke on her return journey from the Holy Land. The virgin Egeria reports in her itinerary about the church and the many monk cells in the vicinity of the sanctuary. Egeria also reports of a strong wall fortification of the entire pilgrimage area to protect against raids by predatory Isaurians. Just a little later the shrine was moved to another cave, which had already been expanded with a three-aisled crypt on the southern slope of the hill. The Eastern Roman Emperor Zenon had the sanctuary expanded in 476 by adding another basilica. In the following two centuries there were other outbuildings in the form of a public bath, several cisterns and two other churches. A large number of other references to Saint Thekla were found in excavations in Korasion, Korykos, Olba, Seleukia and Anemurion on funerary and dedicatory inscriptions.

Also a sanctuary in the Islamic faith 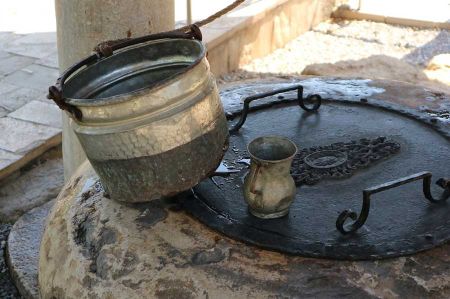 In the Islamic belief of the Ottomans, the sacred area of S. Mary was assigned, from which the name Meriamlik, which is still in use today, is derived. When the French traveler Victor Langlois published his report on the trip through Cilicia in 1861, the name Meriamlik appeared as a description of the place.

In the so-called holy district of Silifke in the south of the city there are a large number of caves and grave caves, as the area consists mainly of limestone. From the parking lot you get directly into the entrance area of the underground church, which is designed as a three-aisled column church 17 meters in length. A narthex with a barrel vault leads to the central nave, which is separated from the aisles by two rows of Doric columns. Adjoining the central nave, one arrives at the natural cave spaces. According to tradition, the living quarters of Saint Thekla were in this part. 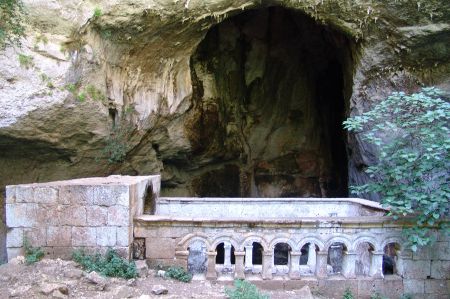 As already mentioned, the so-called Thekla basilica was located above the cave, which must have had a stately size of 70 x 40 meters due to the findings during the excavations. The Thekla Basilica was also built as a three-aisled pillar basilica, but a narthex with an outside staircase was placed in front of it. The side aisles were separated from the central nave by 15 columns each. Four semicircular double windows can still be seen on the remains of the apse. To the south, a vestibule was added to the basilica along its entire length, which probably served purely representative purposes.

Within the Temenos district, which was surrounded by a high wall, there was another monastery as well as some cisterns. At the time of the visit, at least one cistern was exposed so that it could be viewed. Outside the sacred area there were at least two other churches, one of which has not yet been excavated. The domed church from the late 5th century is a three-aisled gallery church with a semicircular atrium and narthex in front. To this day, archaeologists are still divided on whether the domed church was actually domed with stone blocks or whether an octagonal wooden pyramid roof was put on. When building the Alahan Manastir, a corresponding approach was taken, as demonstrated by joist hangers and storages.