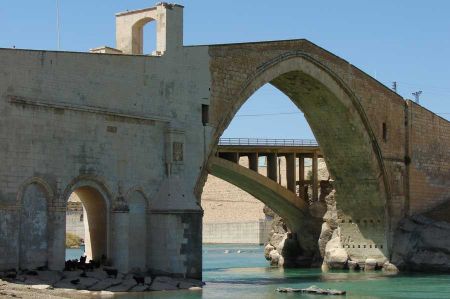 Batman, known under the name Elih in the Middle Ages and up to the 1950s, is the capital of the Turkish province of Batman in southeastern Turkey.

The city is named after the Batman Çayı and the surrounding mountains Bati Raman, but the origin of the name has not really been explored (but definitely has nothing to do with the American superhero!) 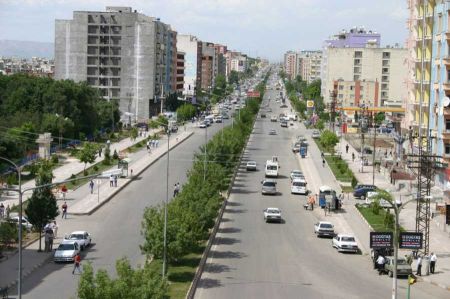 The Batman Çayı is a left tributary of the Tigris (Dicle) with a length of about 50 km. The Batman Çayı was called Nymphaios in ancient times (Latin: Nymphaeus). The river arises from the confluence of several source rivers, the most important of which is the Kulp Çayı. Today, the Batman Çayı is dammed up at this point by the Batman Dam. The source rivers arise further north in the Genç Mountains, a mountain range of the south-east Taurus.
Another tributary, the Sason Çayı, flows from the east into the Batman Reservoir. Here was the Neolithic village of Hallan Çemi, today about 13 m below the surface of the Batman reservoir. Directly below the dam, at the Çatakköprü settlement, the historic Malabadi Bridge from the years 1146–1147 spans the river (see opening picture). The Batman Çayı flows south and forms the border between the Turkish provinces of Batman (in the east) and Diyarbakır (in the west). It flows 5 km west of the provincial capital Batman and flows 15 km southwest of the city of Batman into the eastward flowing Tigris.

Industrial city of Batman - up and coming in the 50s 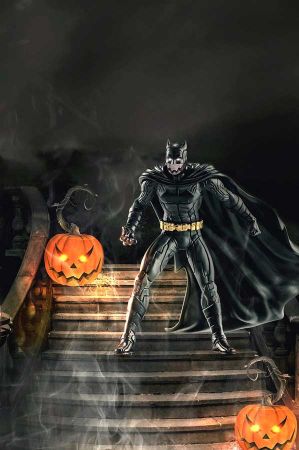 A few kilometers above the Batman reservoir, at the confluence of the Sarım Çayı in the Kulp Çayı, there is another dam, the Silvan Dam.

The modern city of Batman is located in the west of the province on the border with the Diyarbakır province on Batman Çayı. The D370 expressway from Şırnak to Diyarbakır runs through the city in an east-west direction and meets the D955, which leads south to Midyat. Batman is connected to Ankara and Istanbul by rail. Batman Airport is also located in the north of the city.

The previous settlement in Batmans still had the Kurdish name Elih / İlhu. The city was a small village until the 1950s, and the number of inhabitants only increased with the settlement of oil companies. In 1955 a mayor's office (Turkish: Belediye) was established in Batman and Batman became independent by law on May 16, 1990 as the 72nd province of Turkey.

The district town (Merkez) is home to around 95 percent of the district's population. The district has another city with Balpınar (5,896 inhabitants). There are also 32 villages (Köy), four fewer than a year earlier. Seven of these villages have over 1,000 inhabitants: Binatlı (2,699), Oymataş (1,683), Kuyubaşı (1,536), Oymataş (1,345), Kocalar (1,105), Karayün (1,103) and Çevrimova (1,087). The average population is 678 people per village.
The native population originally consisted exclusively of Kurds. Due to the boom in the petroleum industry, many Turkish workers settled in Batman. There are also Turks who are in the civil service, such as the police.
The Kurdish language was banned in this part of the country by the Turkish government, as was Kurdish television.