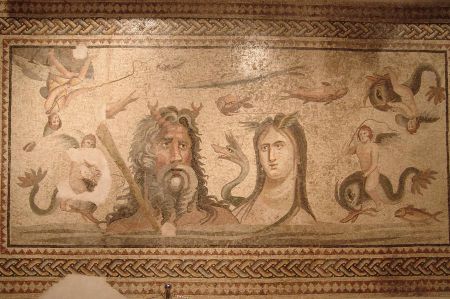 A few kilometres north of the newly built Birecik dam, two larger settlements faced each other on the banks of the Euphrates in ancient times: Apamea on the left and Seleukeia / Zeugma on the right bank.

Apamea and Seleukeia were founded by Seleucus I Nicator in the 3rd century BC. He had built a pontoon bridge across the river and turned Seleukeia into a commercial and administrative centre. The important crossing of the Euphrates was an important stage on the Silk Road. In addition to the economic, cultural exchange between the West and the Eastern cultures took place here. 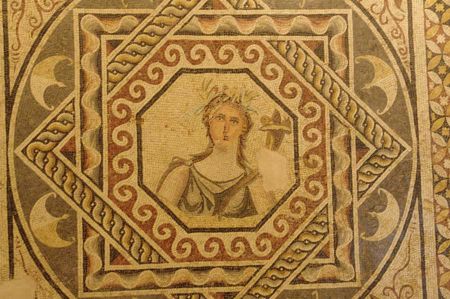 In Roman times, a legionary camp was built and the Legion III Scytica moved here. The special location of the city meant that a wealthy upper class soon settled here, including administrative officials, the military and merchants who lavishly furnished their villas. Zeugma experienced the "Golden Age" in the 1st and 2nd century AD. The Roman villas with their mosaic and fresco decorations also date from this period.

In its heyday, the city is said to have had 70,000 residents. In 256 AD, the city was conquered, destroyed and cremated by the Sassanids. Collapsing house walls, possibly also as a result of an earthquake and natural erosion, have filled up the Roman city districts and covered them with a layer of earth up to 6m high. Today's findings suggest that the city was abandoned after the Sassanid invasions and has since fallen into disrepair.

Below the rubble, wonderful mosaics have been preserved in the elegant Roman villas on the riverbank, which aroused today's interest in this ancient city. In a newly built museum in Gaziantep, inaugurated in 2011, which is exclusively reserved for the frescoes and mosaics of Seleukeia / Zeugma, the treasures are exhibited in a very clear and impressive way.

Magnificent mosaics on the banks of the Euphrates 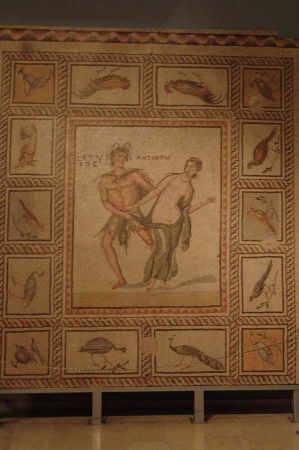 The location of the ancient city was already known in the 19th century. A necropolis was located in the vicinity and Hellenistic floor mosaics were uncovered, which can be seen today in Berlin and St. Petersburg. It was a coincidence that led to the discovery of the magnificent mosaics on the banks of the Euphrates. A guard explored a gate that had been excavated by treasure robbers and discovered numerous figural mosaic representations on the ground. He reported his find to the Archaeological Museum in Gaziantep and thus the research begun and rescue of the mosques near the shore, which were in the mansions of the noble townspeople.

The excavations turned out to be arduous. A lack of money and initially little public interest hindered a systematic recording of the finds. Treasure robbers became active and stole numerous mosaics, took them down and left irreparable damage behind.

A special fate befell two mosaic fragments that were found on the terrace of a villa and that were stolen in 1965. The empty areas in the middle part of the mosaic that was exhibited in Gaziantep were, in terms of shape, filled with the representation of two people. After detailed stylistic and formal studies of the shapes and colours of the stones of the portraits and the drapery, the conclusion was drawn that the pair was exhibited in the Menil Collection House of Rice University in Houston / Texas and which, it was assumed, belonged to the particular Vil-la of Zeugma. It is the representation of Metiox and Parthenope, a mythological couple in love. Metiox can be identified by a mosaic inscription, the female figure initially lacked any means of identification, only the three letters PAR in the original mosaic in Gaziantep gave a small hint. 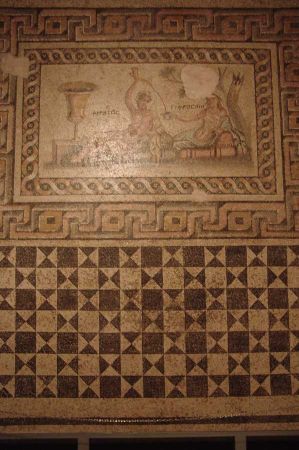 On the initiative of the Turkish Ministry of Culture, the representations were brought back to Turkey in 2000 and can now be admired in the museum. (see Picture)

A particularly painful loss was the destruction of a large, 11-person mosaic depicting the wedding of Dionysus with a large retinue. In the centre of the mosaic, the wedding couple sat on a throne, offering a drink to Eros, the god of love. On the left is a woman spinning wool and on the right two women bring a box with presents to the wedding couple. On the left edge is a figure who drinks from a bowl, and an Aphrodite with a torch in an attitude as we know it from the frescoes of Pompeii. On the right you can see two flute players with their instruments. Today we only know this magnificent floor mosaic from the pictures taken when it was discovered. Large parts were stolen in June 1998 and have since disappeared. (see pictures). 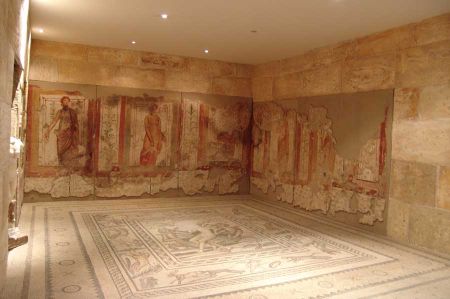 Since the discovery of the mosaics, Turkish archaeologists from Gaziantep, and later also an Australian excavation group, began to excavate the Roman villas. But there was no real progress, although time was pressing, because it had been known for some time that the Euphrates was to be dammed as part of the Southeast Anatolia project near Birecik - construction began in 1996 - with the consequence that large parts of the ancient city would be flooded near the bank, so were the discovered Roman villas with their mosaics.

The history of the emergency excavations on the Euphrates is more than adventurous, because even when it was announced that the Birecik dam would be completed in 2000, interest in the mosaics was rather restrained. In 1994 the archaeologists from Gaziantep alerted the international archaeologists and called for assistance with the emergency excavations, but there was no response and the Turkish Ministry of Culture was just willing to provide very sparse support. Necessary excavations could not be carried out due to lack of money. In 1995, on the initiative of the French Ministry of Foreign Affairs, concrete support for the excavations was provided, which lasted until 1999. In the year 2000 the water level of the Euphrates reached the area of ​​the Roman villas and it seemed as if irretrievable treasures would be lost when the river should reach its final level. 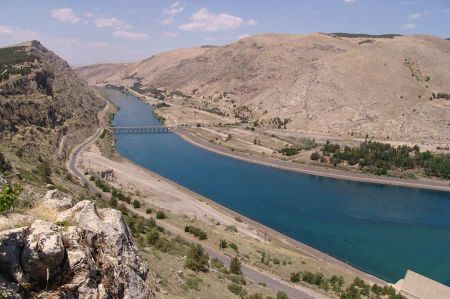 As early as 1998/99 it was decided to also carry out the emergency excavations in winter, outside the official excavation times between April and October, to raise the treasures that were to be found in the villas around the clock, but it was not until June 2000 that a contract was signed between the Hewlitt Packard Humanities Institute and the GAP authority of Turkey, which made it possible to work on a generous considered financial basis and with the inclusion of all available forces to advance the emergency excavations. In May 2000, the son of the Hewlitt Packard founder had read an article in the New York Times about the excavations in Zeugma and the problems that occurred and spontaneously decided to intervene. He commissioned an English company, the Oxford Archaeological Unit, under the direction of Robert Early, to rescue the precious treasures, brought in Italian mosaic specialists and a French team, and endowed the excavation with five million dollars. During the emergency excavations from June to October 2000, when the ruins were finally flooded, 45 mosaics were secured and saved.

New museum in Gaziantep opened in 2011 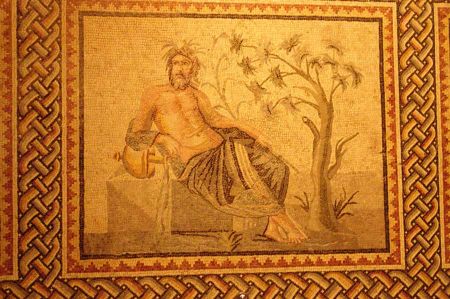 All finds were brought to Gaziantep and archived in the local museum, some of them exhibited in the house, some stored in the garden, until they are on display today in the museum building that was opened in 2011 and is connected to the old museum by a wing are. The new museum is designed in the style of a large Roman villa with a peristyle courtyard and balconies on the upper floor so that the mosaics can be admired in an almost original position. Brief explanations of the individual mosaics, display boards and film presentations, which are offered in a convincing didactic way, provide a great insight into the treasures of the Roman imperial era of Zeugma, which in addition to the mosaics also include Frescos that were found on site.

Today the villas are named after the figurative representations found in them. It cannot be the place here to present the abundance of mosaics, just one thing should be mentioned.

In the villa of Poseidon, the viewer is overwhelmed by the powerful depiction of the sea god on a golden chariot, pulled by two silver horses, which rides head-on towards the viewer. Below that are Oceanos and Thetis, in the midst of an abundance of different sea creatures. The well-preserved depiction of the god Dionysus was found in the same villa as he drives into the picture from the left on a chariot pulled by two panthers and steered by the goddess of victory Nike. You can also marvel at the ornamental ribbons, which in their unbelievable variety encompass almost all the patterns of late antique ornamental art.