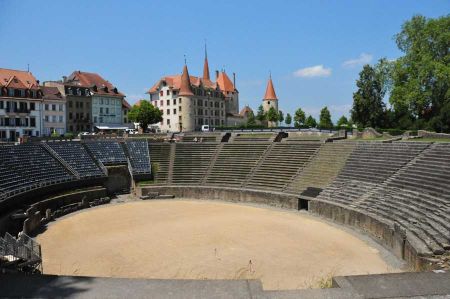 At the time of the Roman Empire, Avenches, at the time called Aventicum, was the most important city on Swiss soil next to the trade route from the Rhone valley via Augusta Raurica to Germania.

We were curious what to expect in terms of the Roman cultural heritage in Avenches.

The founding of the Roman city of Colonia Pia Flavia Constan's Emerita Helvetiorum Fœderata, as the city's name was officially called, or Aventicum, as the indigenous population called their city, is today referred to a period around 15-13 BC. According to the older names research, the name Aventicum is said to be derived from a Helvetic source goddess Aventia; Today it is traced back to the celtic brook name Aventǐa, which is extended by the suffix -ǐko / -ǐcum. 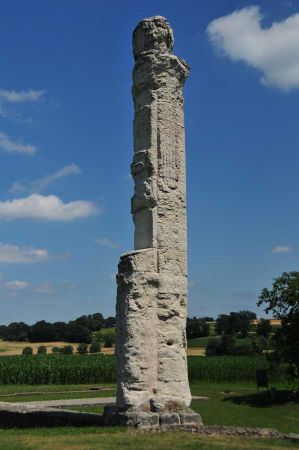 The roots of Avenches, however, go back to the Celts. A tribe of the Helvetii had built an oppidum at the height of the Bois de Châtel south of the later Roman village in the course of the 1st century BC.. This oppidum probably replaced an earlier oppidum on Mont Vully, which was abandoned at about the same time.

The first mention of the place can be found in the records of Tacitus, who already referred to the former settlement in 69 as the capital of the Helvetii (caput gentis). Under the influence of the Romans, Aventicum soon developed into a thriving commercial city with around 20,000 inhabitants and eventually became a bishopric. The decline of the Roman city began in the 3rd century AD, caused by the inner turmoil and looting of the Alemanni. As a result, the remaining inhabitants settled on the hill, where the present-day town of Avenches is located.

A new fortified settlement was re-founded in the 5th century on the grounds of the Roman city. Aventicum also remained during the troubled times and the constant threat of the Alamanni bishopric and possessed at least two churches (Saint-Martin and Saint-Symphorien). Until the middle of the 6th century, when Bishop Marius moved his seat to Lausanne, this even doesn’t mean the final end for Aventicum. Probably the place was still inhabited.

Ruins of the Roman city Aventicum 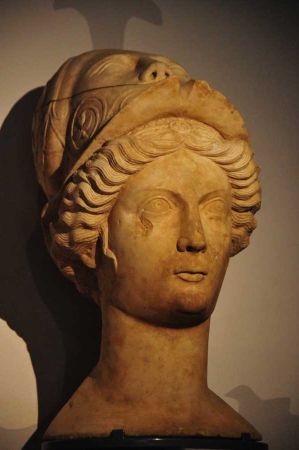 Important remains of the Roman city of Aventicum have been preserved, respectively excavated, restored and conserved. At the eastern exit of the historic city of Avenches there is the best-preserved amphitheater in Switzerland. Above the main entrance stands the former bishops tower from 11th century. The amphitheater hosts the well-known opera festival Festival Avenches Opéra.

In the bishop's tower you will find the most interesting museum of Roman history with extensive finds of the era from the excavations, which today are still far from being completed.

Not far away, in the south of the former Aventicum stands the imposing Roman theater (Théâtre romain), from which numerous rows of seats and parts of the stage house and the grandstand base have been preserved.

Anyone interested in Roman cultural history will not be disappointed. Especially the museum with its artefacts is worth the trip to Avenches.