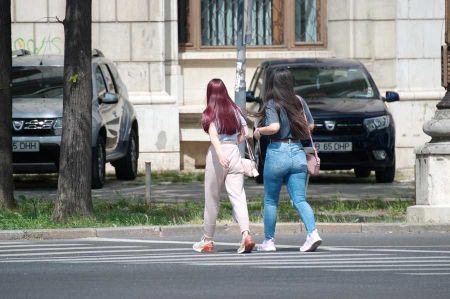 Good luck to those who have been able to cross one of the busy streets in Turkey, even on the pedestrian crossing! A statement that Europeans receive with great surprise in their ears.

In Turkey, unfortunately, a serious problem, especially for many tourists who are used to other rules, namely priority for pedestrians at pedestrian crossings, and due to that unfortunately often end up in life-threatening situations. Here the driver of a car, scooter or truck of course takes the privilege to disregard the zebra crossing in his urge to get away, not to be stopped by "annoying pedestrians".

It is not without reason that the governor (Vali) of Antalya has launched an action that should at least stimulate a process of rethinking, but it is still a long way from changing the traffic regulations with strict penalties for disregarding drivers. It remains to be seen how promising the campaign will turn out.

Crosswalks are special traffic zones across all over Europe

Pedestrian crossings, which are also often referred to as zebra crossings, are special traffic zones in Europe and other parts of the world, which, as a weaker section of road users, are intended to enable pedestrians to cross the road safely in areas that are specially identified for this purpose. Often provided with an additional sign, the transition usually consists of wide, white stripes painted or glued onto the road, which mark this special area for all road users. Often, there are additional subsidence to make the transition easier for prams or wheelchairs. An even further path that Turkey has to take in this area.

Already in the 19th century the traffic in the big cities had increased so much that there were many deaths and injuries in the streets. So far, the Deodand's law, which stems from the Middle Ages, applied that the property of the person who caused the accident, usually horses and wagons, was confiscated by the state in a fatal traffic accident. Under pressure from the many "faster" road users, it was the British Parliament that abolished this regulation in 1846. Thus, traffic on wheels was given priority instead of to pedestrians. With the increase in automobiles, this rule also spread to them. No wonder, then, that in 1911 an indignant reader wrote the following sentences to London's The Times:

“Could you do something to make pedestrians safe on our public streets again? It is heart breaking to read about the terrifying deaths. If a pedestrian hesitates briefly or makes a mistake today, his chance of escaping a terrible death is much less than at times when the vehicles were traveling much slower. As far as motorized traffic is concerned, there is a tendency to just use brakes at the last moment. It is a scandal that the weakest road users are required to pay the greatest attention on public roads. The streets are built for everyone, and inevitably the most vulnerable participants, pedestrians, should get the most attention.”

Today there are clear rules in the traffic regulations that clearly regulate the priority of pedestrians, at least on the pedestrian crossings:

Pedestrian crossings according to § 26 StVO

(1) At pedestrian crossings, vehicles with the exception of rail vehicles must allow pedestrians and drivers of medical lifts or wheelchairs who want to use the crossing clearly to cross the lane. Then they are just allowed to drive up at moderate speed; if necessary, they have to wait.

(2) If traffic stops, vehicles may not drive on the crossing if they have to wait for it.

(3) No overtaking on crossings.

(4) If the marking leads across a cycle path or another part of the road, these regulations apply accordingly.

Pedestrians according to § 25 StVO

(3) Pedestrians must cross lanes quickly, taking vehicle traffic into account, using the shortest route transverse to the direction of travel, and if the traffic situation requires so at intersections or junctions, at traffic lights within markings or on pedestrian crossings (symbol 293). If the lane is crossed at intersections or junctions, pedestrian crossings or markings on traffic light systems must always be used there.

How different views and rules can be. We would of course like to sensitize you, dear reader, to this problem. Please be extra careful at zebra crossings and do not expect priority to be given to you.

We would like to take this opportunity to thank our reader and observer “Buschi”, who sent us a picture of the action sign for Vali Antalya, which now also decorates the streets of the Turkish Riviera.

We have 489 guests and no members online