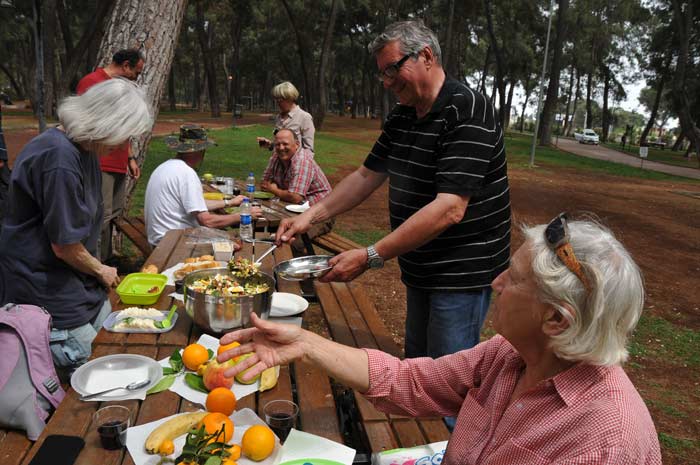 Once more the author Wolfgang Dorn (see articles in the portal) traveled to Turkey with a small group of culturally interested people, another option to meet with him.

We were initially been exploring the ancient city of Termessos, before the group gathered for typical Turkish picnic in the newly created recreation area next to the road Antalya - Korkutelli. 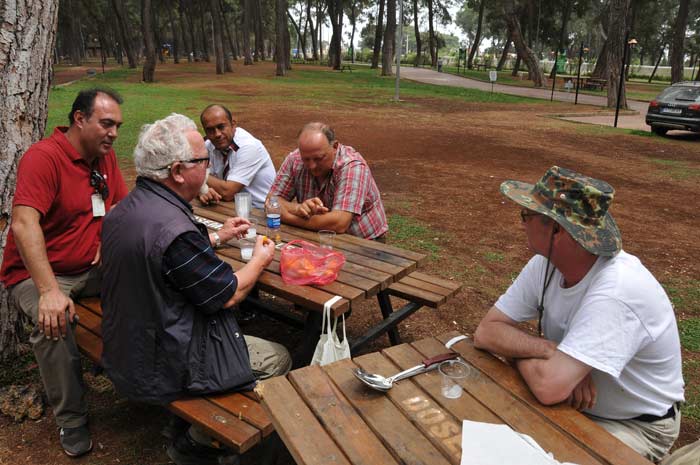 And, quite lucky, we were invited for the picnic! 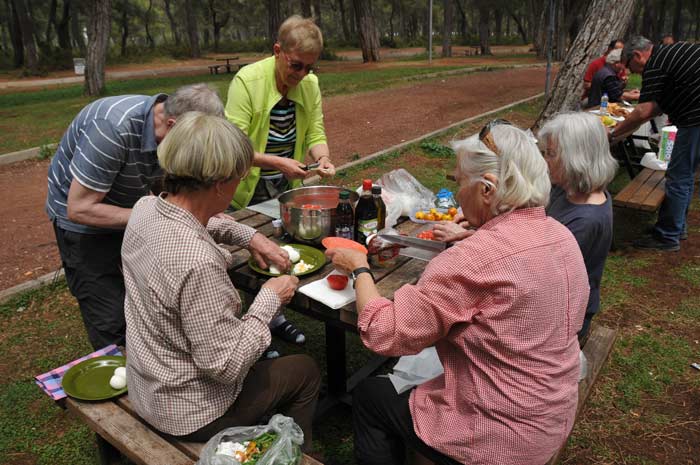 Hardworking hands prepared a delicious salad from the fresh vegetables and herbs which have been bought the same morning at one of the street markets, there was bread and fruit for dessert, even a bottle of wine had been brought. 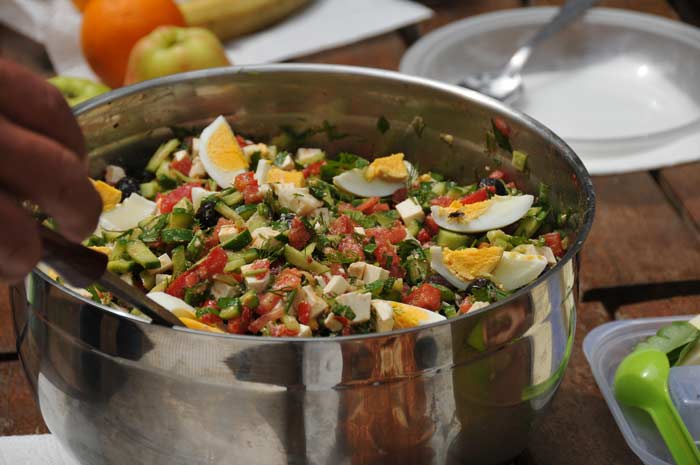 After the yet exhausting tour through Termessos one noticed that the participants looked forward to a break in the shade of pine trees, so during the meal intensive discussions were deepened quickly. 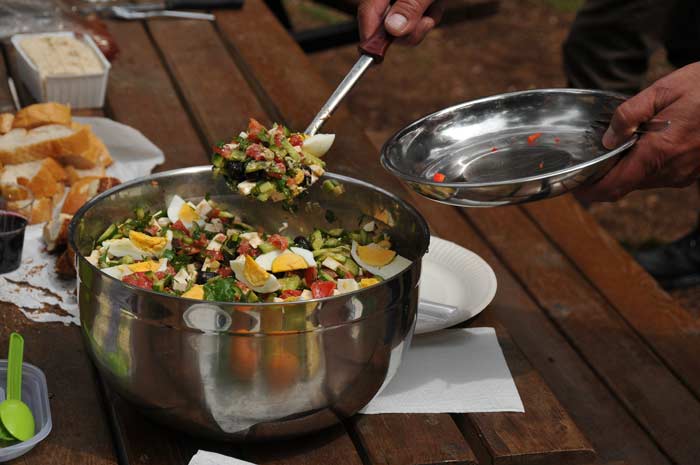 A little later, however, another walk towards the picnic area should happen where it should go to Güver Gorge, which is often referred by locals as "Grand Canyon of Antalya". Surely, the national pride forces the exaggeration a bit. 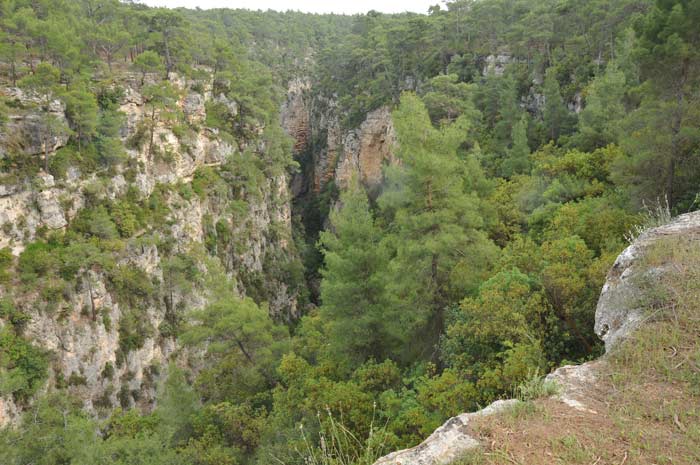 Nevertheless, little later we were deeply impressed by the view of the vertiginous abyss and the beautiful mountain panorama in the background. The gorge is up to 115 meters depth and has a length of 4.5 km - a truly magnificent picture opens in front of our eyes. 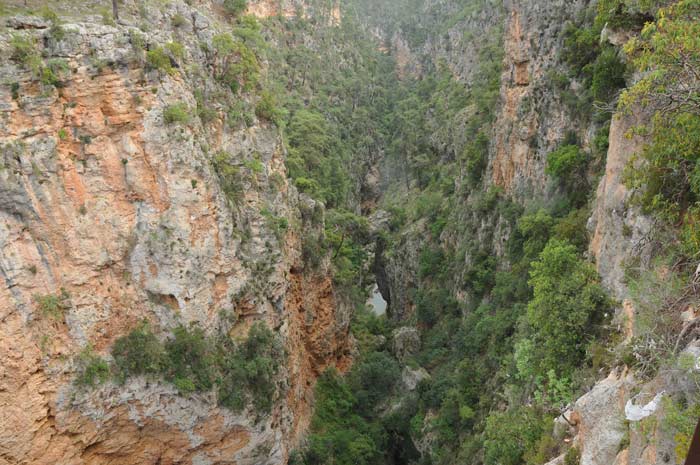 As a green ribbon Karaman River meanders among the towering cliffs through the gorge that separates three mountains apart. 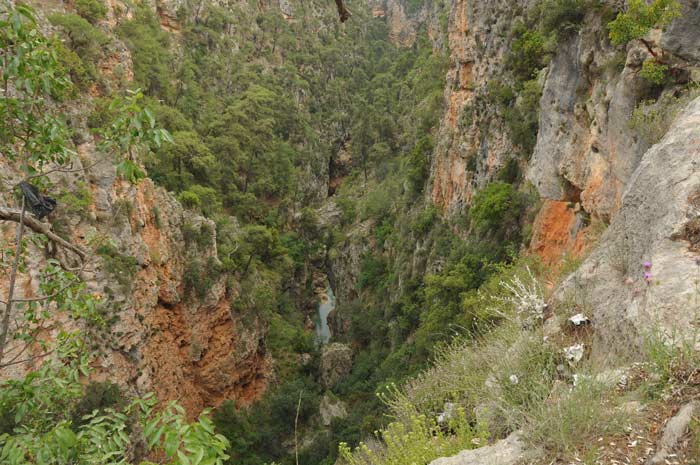 It is thought that it is hardly possible that this harmless then rippling water is responsible for the formation of the canyon even within an estimated time of one million years. 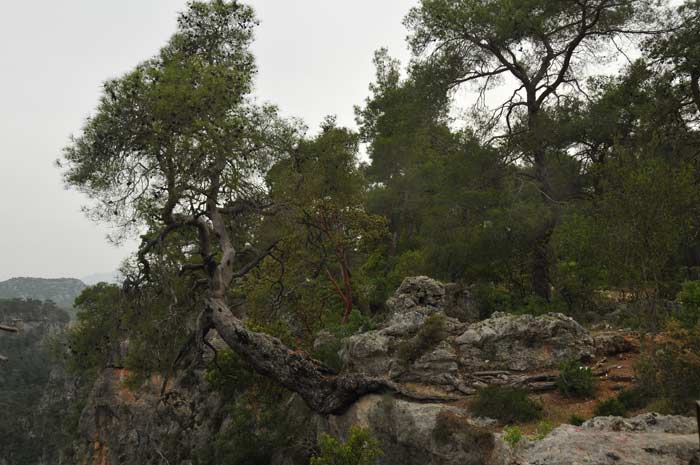 As long as it took, the rocks were washed away by the river of Güver Canyon. 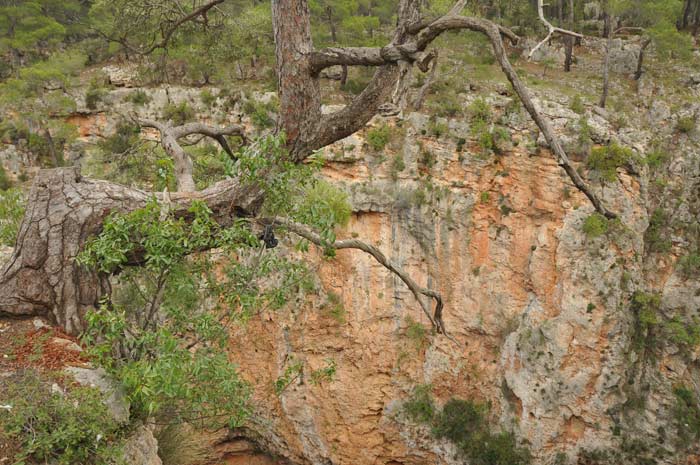 The Güver Gorge lies in Duzlerçamı Forest, a natural pine forest with many walking paths. At every turn of the path the landscape offers a new scenery, shady trees with many native plants alternate with a bizarre rocky landscape. 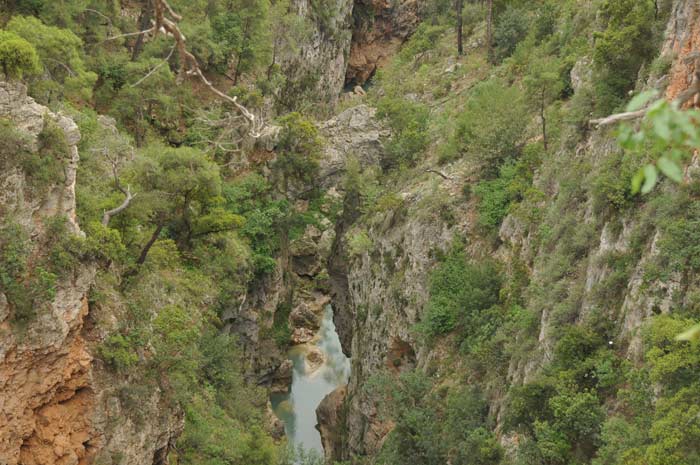 From many places along the canyon you have a magnificent panoramic view down to the city of Antalya. 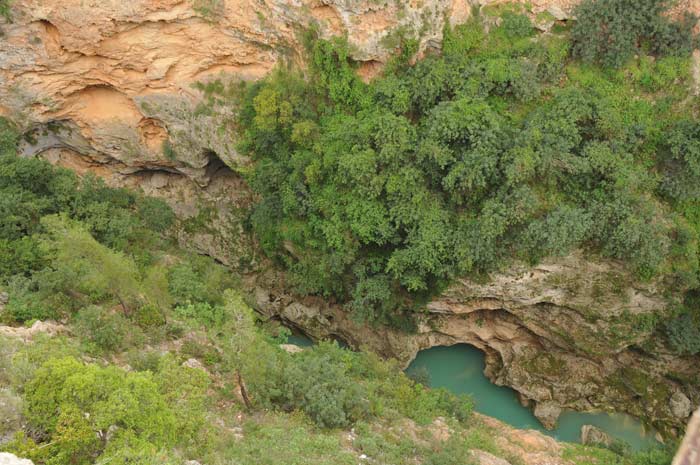 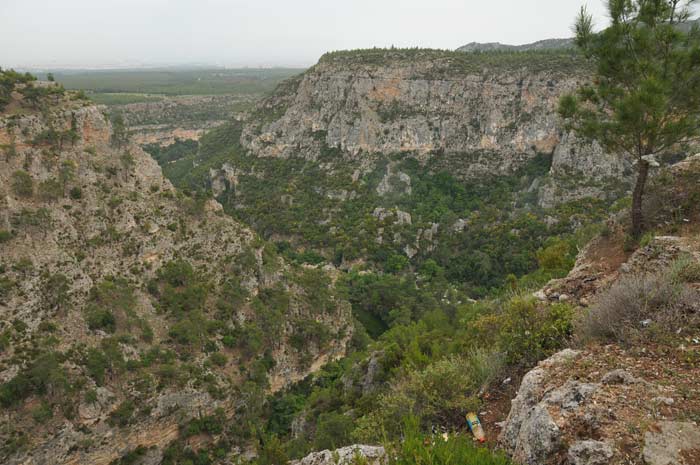 Excursion to the water reservoir of Oymapinar