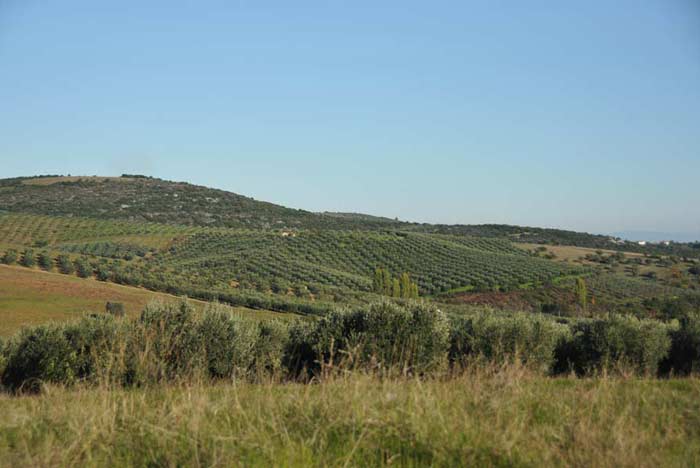 The name of Chalkidiki, which should be known by so many summer vacationers to Greece probably comes from the numerous cities, once established by residents of the Greek islands since the 8th century BC. These cities have been founded under the leadership of the city of Chalkis. 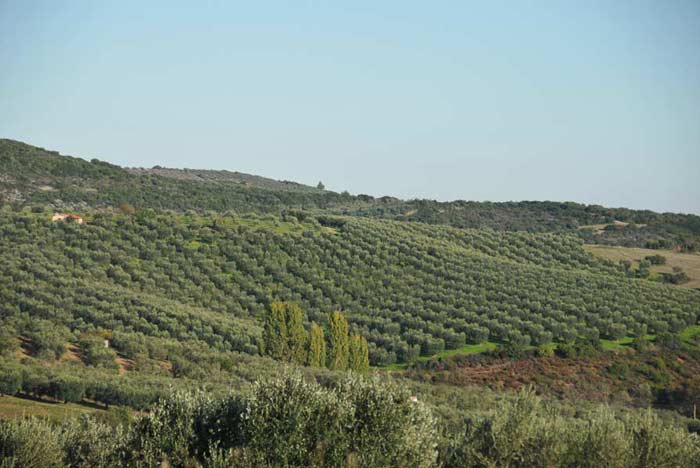 Besides tourism Chalkidiki is mainly known for its vast olive groves, whose fruits are extremely aromatic and delicious, so that they even received a brand name - the Atlas olives. 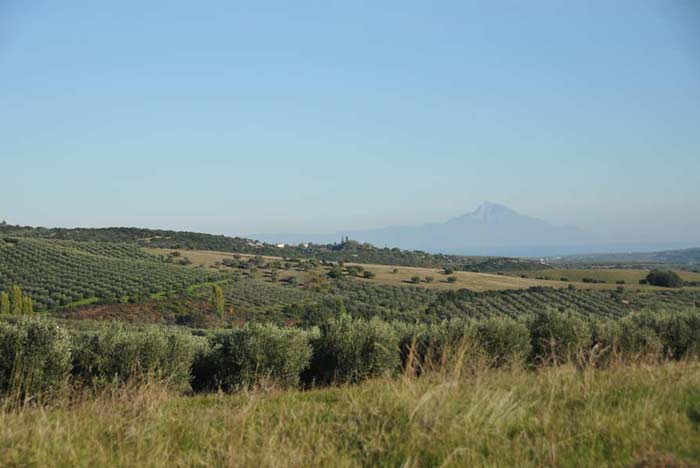 Our ride through the really neat plantations showed lot of farmers still harvesting, which can still be carried out in early November. In the background of the picture you may notice Mount Athos. 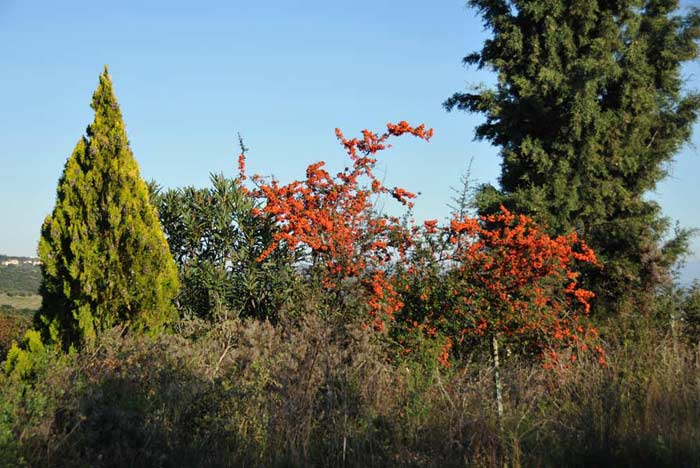 The Chalkidiki Olive is well known all over, it shows a elongated, slightly asymmetrical shape with an acute apex. The olives may vary in color from yellow to green and black. 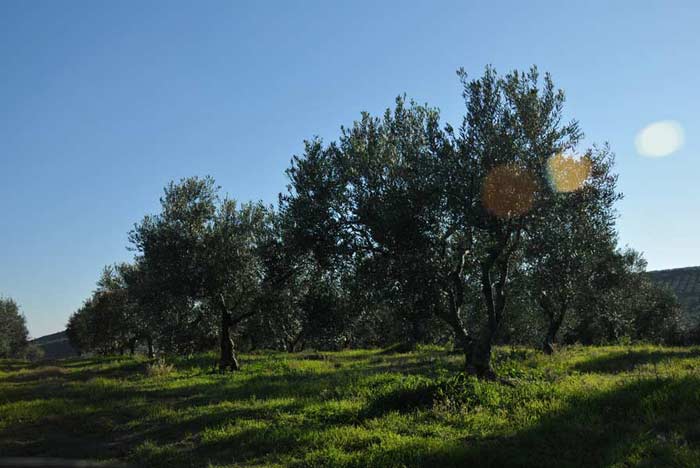 With an intermediate growth cycle Chalkidiki trees start to bear fruit in the fourth year. The price and the quality differ from year to year, however, the tree shows a relatively low yield which greatly affects the productivity and the total harvest. 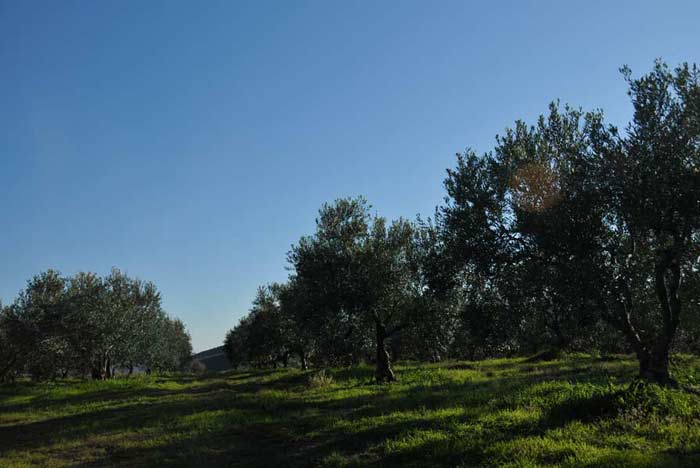 The harvested olives usually stay in a liquid for a period of 12 - 15 hours per set vats with sodium hydroxide (lye), washed and re-inserted, the so-called three-phase washing. 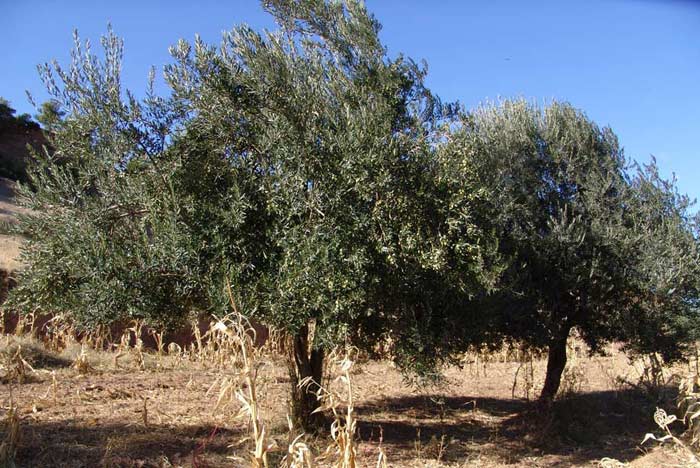 Washing starts with absolutely fresh water during removal of the sodium hydroxide liquid. The tank is emptied and refilled with fresh water for further 8 hours. This process is repeated until all traces of the liquid is gone. After cleaning, the olives are placed in tanks of sea salt brine for fermentation. 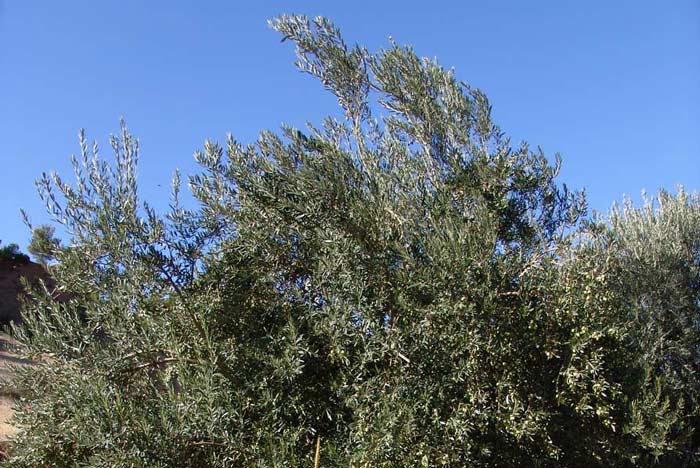 A less common method for the olive is the insertion into a salt liquid, which is mixed from both with citric acid and ascorbic acid. This method gives the olives a distinctly different flavor. 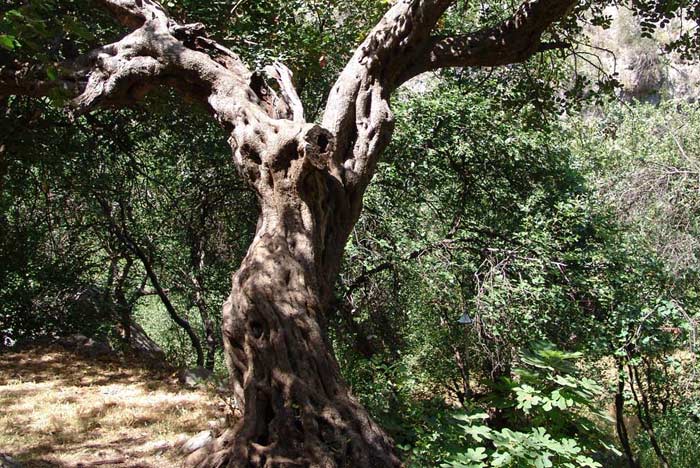 The taste, the Chalkidiki olive is rather salty with a pleasant sour taste. In the case of curing with citric acid and ascorbic acid, the Olive gets a lot more acidic taste; too often drowned so the flavor even covers the taste of the meat. Both fermentation processes produce a solid olive with a resilient bite. 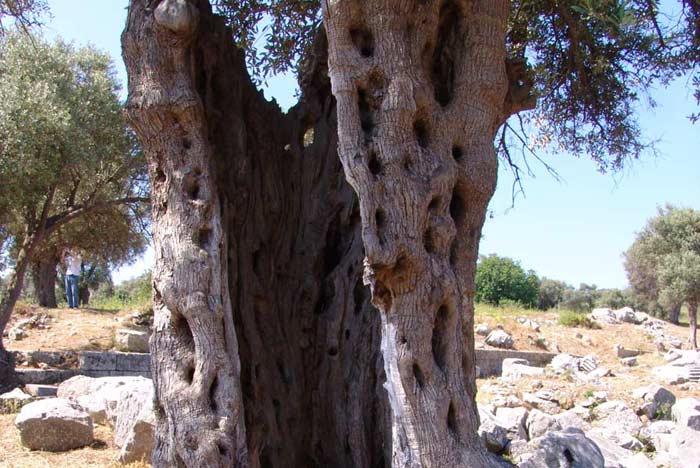 The olive trees of farmers here in Chalkidiki were clearly organized and systematized circumcised, even from the top, so that all the trees had the same height. Seldom there were fields with sprawl. However, we also found some ancient, gnarled tree giants next to the plantations.

The Waterfall of Edessa - a short city trip