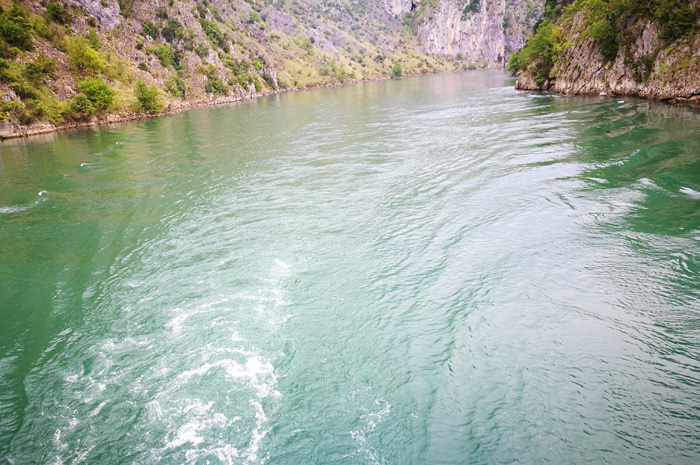 After our extensive exploration, together with Linda and her daughters (Camping Legjenda, Shkoder), of the ancient church ruins on Shurdah Island, which we ended with a hearty picnic on the edge of the steep coast, some gray clouds were appearing. 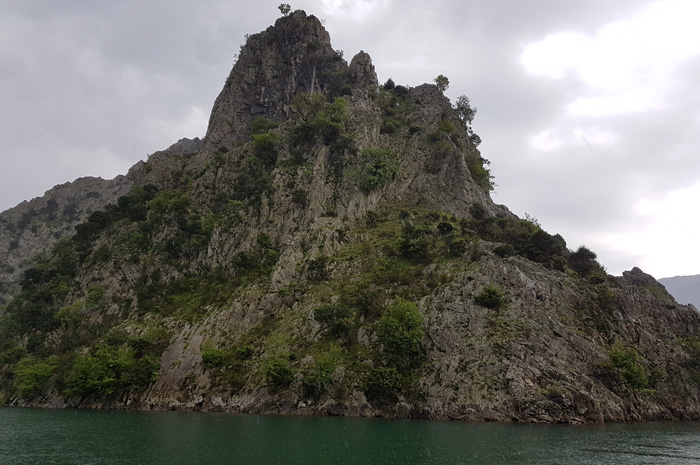 However, we were already back at the boat, when the engine of the boat shortly failed and the wind pushed us to the rocks and we sat down on them. So it took several minutes to be free again. 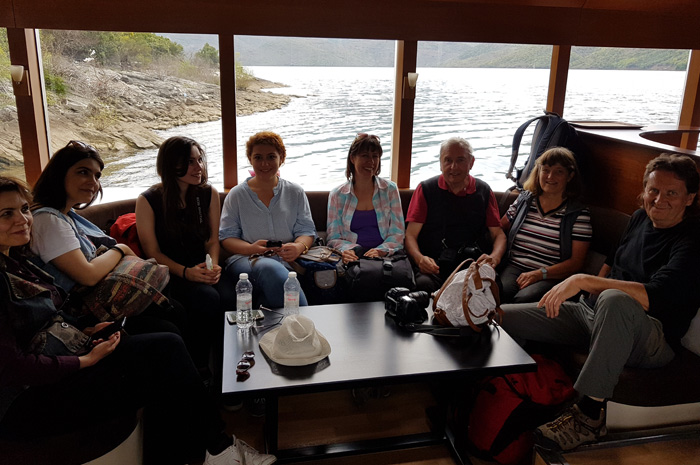 A few moments later, the first raindrops set the deck under water, so it got slippery and most of the guests stayed under deck. 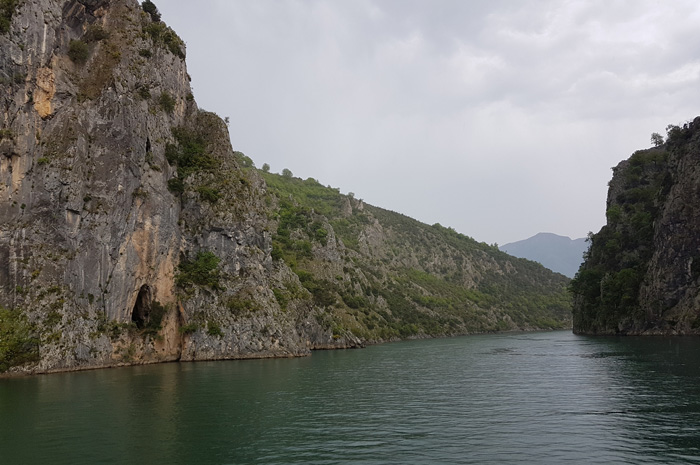 Unfortunately, the view was correspondingly bad, so you could not really enjoy the Canyon trip at the beginning. 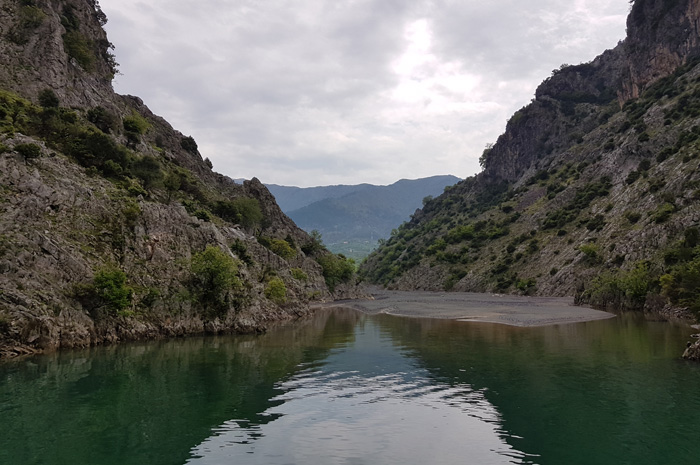 However, it is not as spectacular as the ferry crossing on the Komani Lake, if you are traveling towards the Valbona valley. 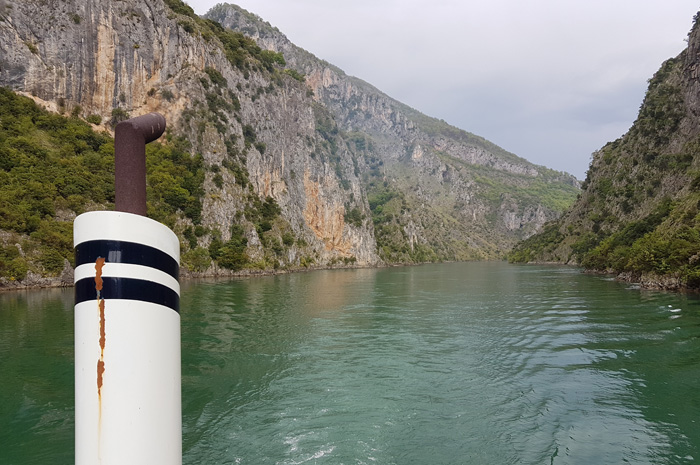 What we do not want to say is that this tour does not lead along imposing rock formations and gives deep insights into the rocky caves lying on the shore. 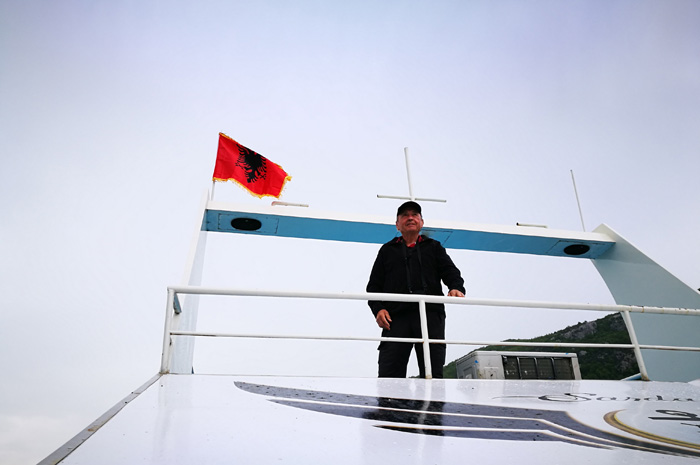 The Albanian students were very good at "working" against the rain while singing traditional songs, they had given some songs for the first time, followed by various dexterity games, which also captivated our attention. 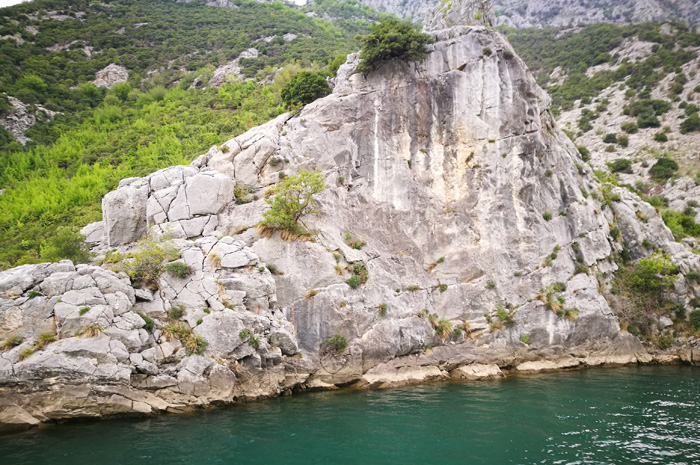 For example, plastic water bottles were pumped up to about half, they threw them into the air, then they had to land on the bottle arch. Some of the participants were true masters in doing so. 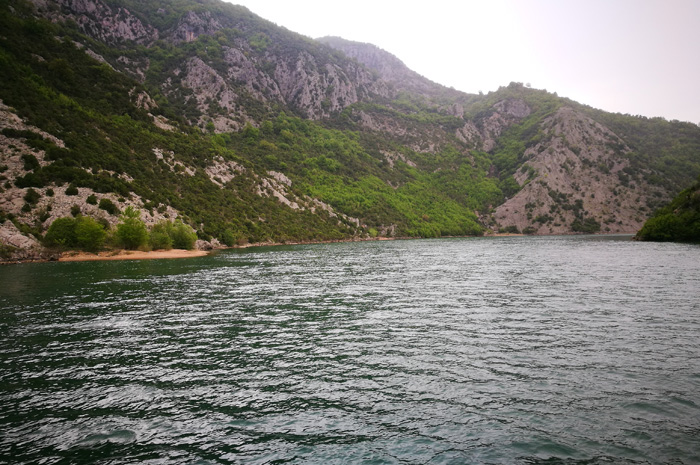 A little later, the rain was over, the deck dried up quickly, and it drew us back to deck. 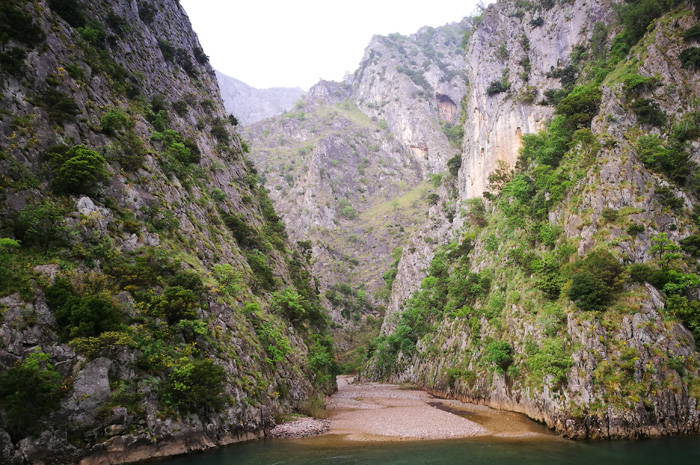 As the sky cleared up, we also looked at the rock formations from a completely different angle of view. The weather has a considerable influence on a boat trip. 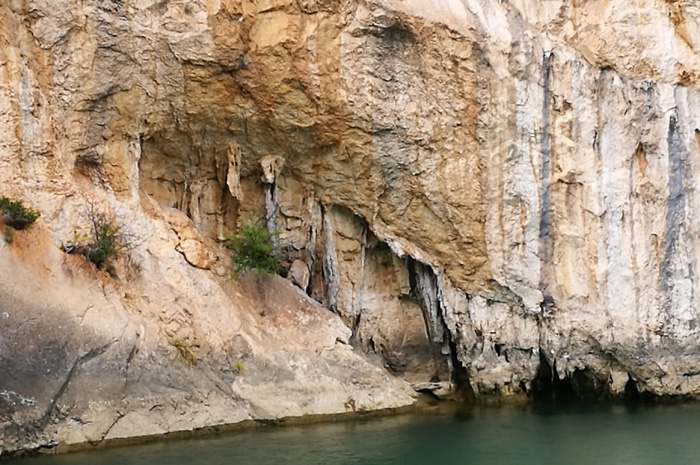 In the opening expanse of the canyon, our boat turned and it slowly went back to the starting point, at least 20 kilometers deep, we have been in the canyon. 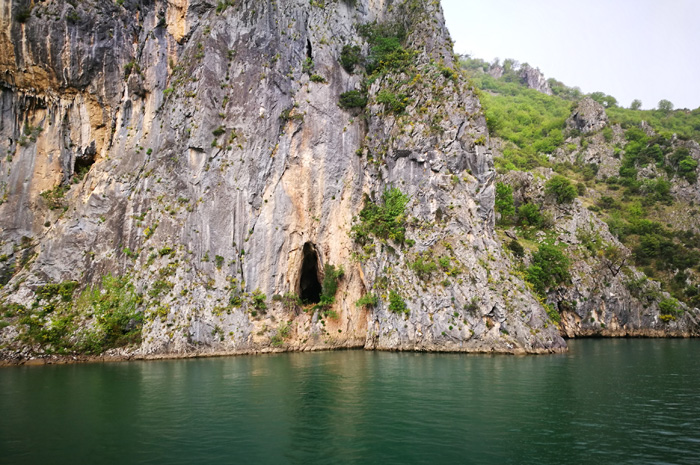 Since we also wanted to "climb" a nearby mountain, a group then went on for walks, while others stayed rather sluggish on the beach. 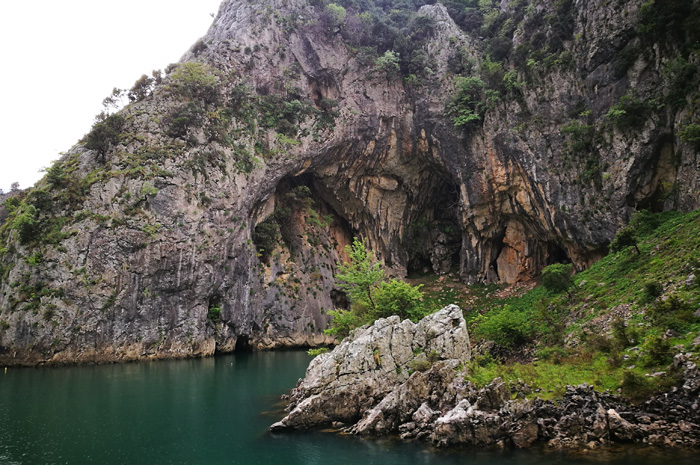 Shurdah Island - once the site of the Illyrian settlement Sarda