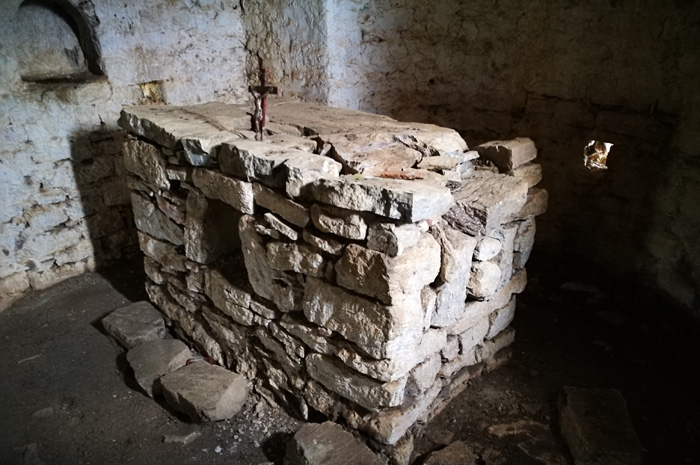 Our boat trip on the Vau-Deja reservoir was very relaxed despite our initial skepticism towards the large group of students in anticipation of possible alcohol consumption and then appeared and was surprisingly accompanied by a lot of singing and easy exchange (without alcohol at all, great!). 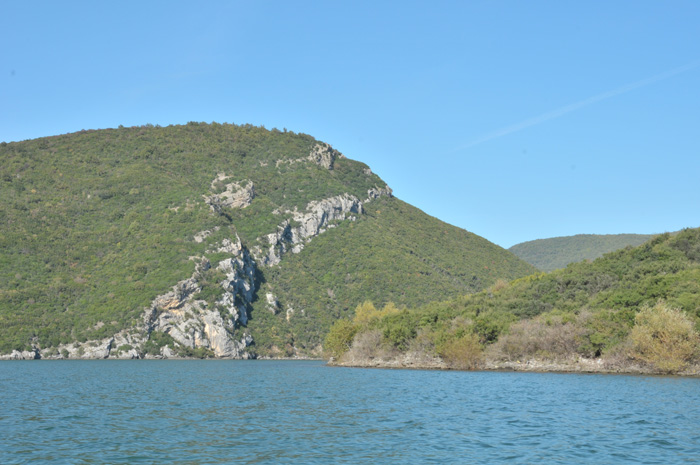 The group of the young Albanians, who were initially very loud while hiking to the boat, showed themselves very communicative, they were open-minded and gladly invited us to their own home-made food. 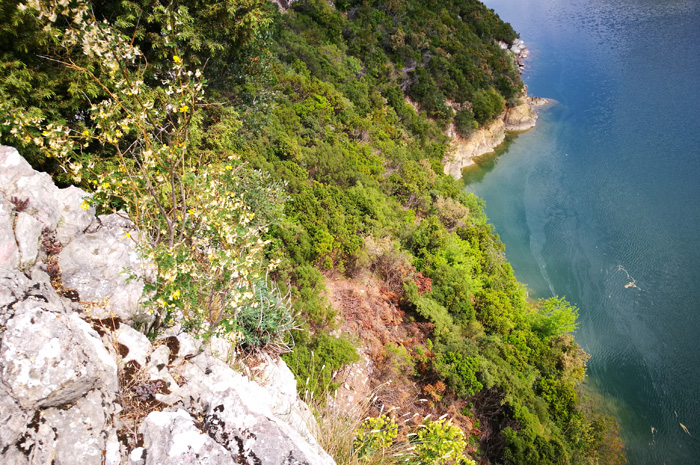 The bank of the Vau-Deja lake, marked by many small coves, was very green, covered with bushes and trees. Through the ruins of the ancient city of Sarda, we first ascended to the site of the chapel bounded by the steep coast. 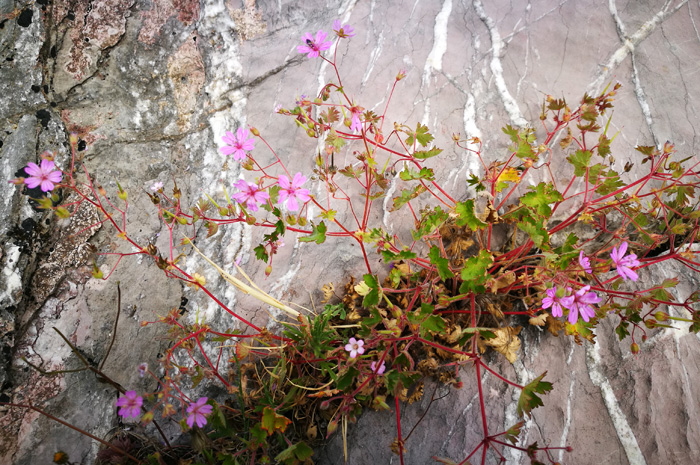 The reservoir consists of several pools connected by natural canyons. A first basin of about four square kilometers, called Gjiri i Gomsiqes, lies east of the main course just behind the dam. The main waterway, about 500 meters wide, ends about five kilometers after the dam in the central basin, which is about eight square kilometers large. 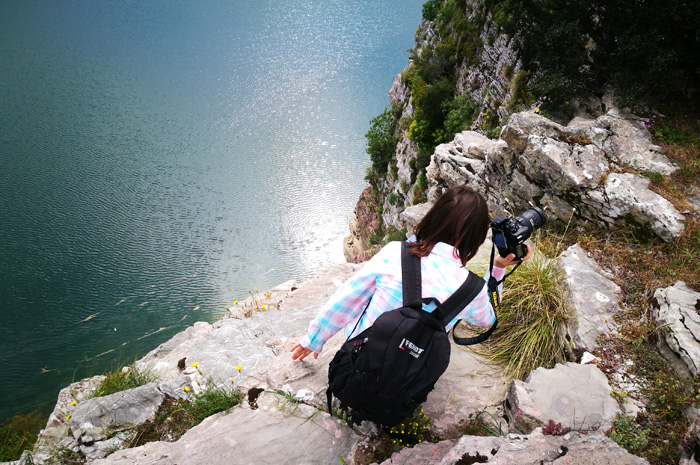 In this central part there also is the small island of Shurdhahi, in ancient times a castle hill on the Drin, once fortified by the Illyrians and Romans and which was developed the small town of Sarda, a bishop's seat in the Middle Ages. 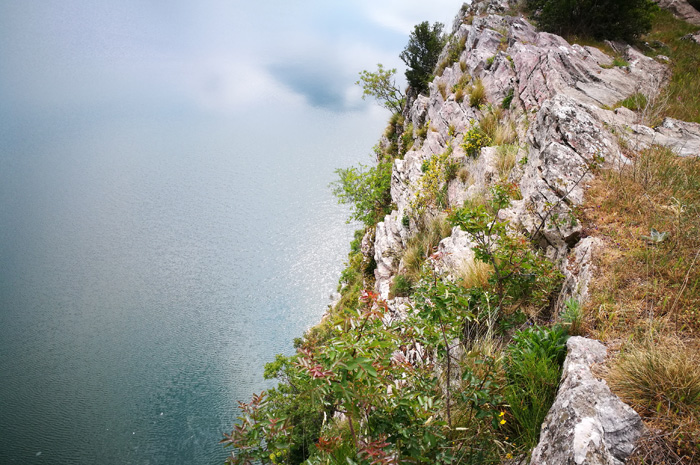 Between 1967 and 1972, the whole area of Sarda was archaeologically explored, because the impounded lake buried a considerable part of the former settlements. 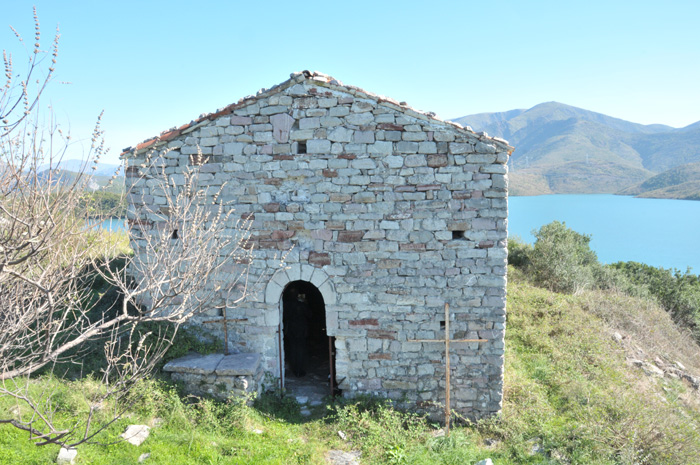 Some building ruins as well as a city gate and parts of the city wall are still preserved, the chapel has been partially rebuilt and still serves for religious meetings and devotions today. 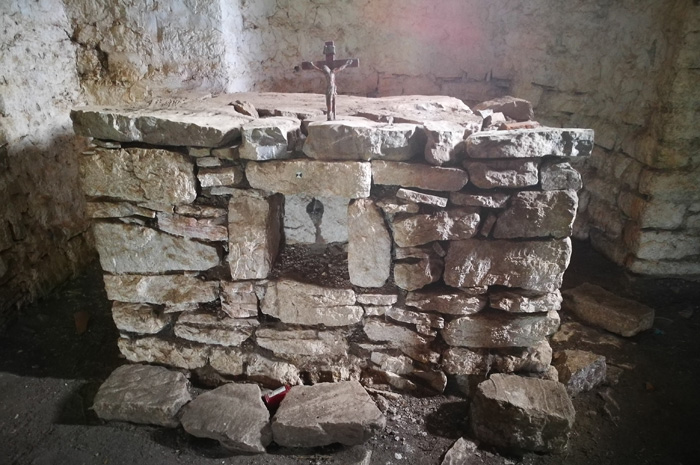 A small altar at the end of the hall-like chapel is decorated with a crucifix, sometimes a candle is also burning, which illuminates the otherwise windowless dark room. Just a table in the middle of the room can be seen as furniture, no chairs or benches. Below the table, however, we discovered a sleeping bat. 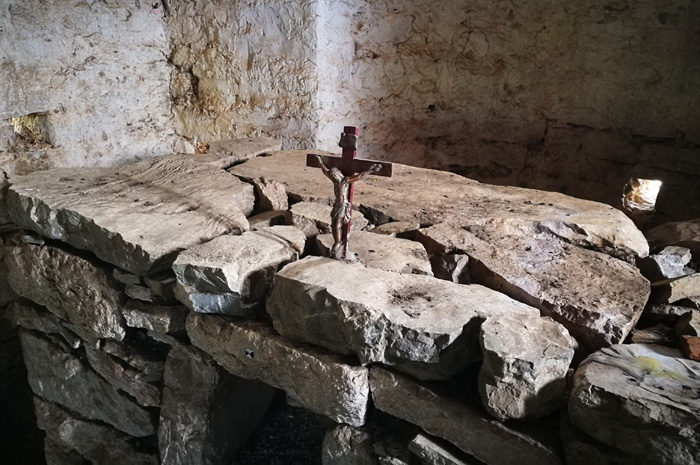 The view from the cliff shows that behind this lake basin and its island, the waters of  the Drin valley becomes ever narrower until it soon resembles a river that flows through the canyon. A few kilometres further, before reaching Koman, another small basin follows, where the lake again spreads to nearly one kilometre. 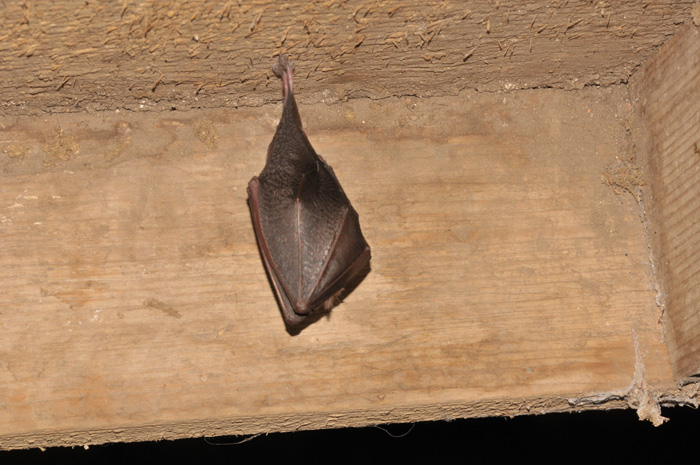