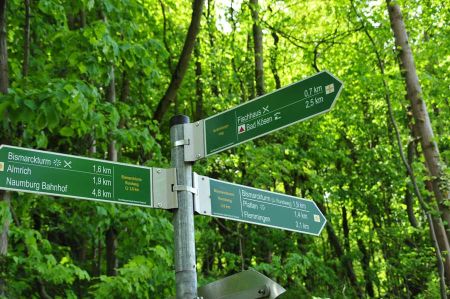 After visiting the state school in Pforta and getting to know one of it´s “master students”, Friedrich Gottlieb Kloppstock (we will report after the introduction), we also wanted to hike the circular hiking trail to the Bismarck Tower, which begins at the school and which leads to a spring named with writers name.

Directly in front of the imposing gate portal of the state school we keep right and after about 50m we reach a hiking trail, which we first go to the right and shortly afterwards turn left onto the Höhenweg. At the top we don't follow it to the right, but look for the straight path that leads directly to the Bismarck Tower. On the way back we take the Grottenweg, which branches off directly behind the property of the Bismarck Tower. Shortly before arriving at the state school, we briefly pass Klopstock spring, the water of which is intended to refresh the spirit like that of Friedrich Gottlieb Kloppstock.
As a part of various hiking trails, this circular route can also be viewed as part of the Finne hiking trail, so your hike along the Small Saale river can already begin in Bad Kösen. 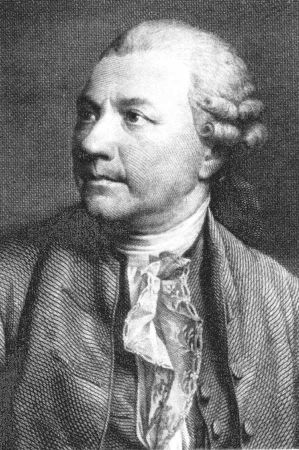 Friedrich Gottlieb Klopstock grew up as the oldest of 17 children in a pietistic family. After attending the Quedlinburg high school, Friedrich Gottlieb Klopstock came to the Fürstenschule in Schulpforte at the age of 15, where he received a thorough humanistic education. Klopstock read the Greek and Latin classics: Homer, Pindar, Virgil and Horace. Here he also made his first own poetic attempts and wrote a first plan for the Messiah, a religious epic.

In 1745 he began studying Protestant theology in Jena, where he also wrote the first three chants of the Messiah, which he initially laid out in prose. After moving to Leipzig, the work was reworked in hexameters the following year. The appearance of the first parts in the articles in Bremen in 1748 caused a sensation and became the model for the Messiad literature of its time. In Leipzig, Klopstock also created the first odes. After completing his theology studies, he accepted a position as private tutor in Langensalza. During the two years of his stay in Langensalza, Klopstock experienced the passionate love for the girl Maria-Sophia Schmidt, the intoxication of hope, the disappointment and finally the elegy of renunciation. This led to the fact that during these two years he composed the most beautiful of his earlier odes for the unapproachable lover.

First successes and invitation to the Danish royal court 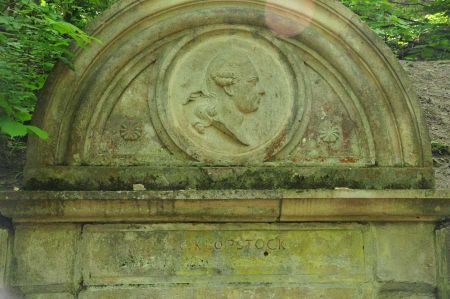 The publication of the odes sparked a storm of enthusiasm among the opponents of the "reasonable" poetics of Johann Christoph Gottsched, which had prevailed up until then. It was the hour of birth of pure poetry.
Contacts were made with Johann Jakob Bodmer, who invited Klopstock to Zurich, where he traveled in 1750. After eight months he went to Denmark due to an invitation of King Frederick V. With Friedrich's support he was able to complete most of his earthly works. King Friedrich granted him a life pension of 400 (later 800) thalers a year. He spent three years of his life in Denmark.

As a father of the German nation-state idea, Klopstock was a proponent of the French Revolution, which he described in the poem of 1789 learn yourself as the “noblest deed of the century”; Klopstock also called on the Germans for a revolution. In 1792 the French National Assembly accepted him as an honorary citizen. Later, however, he castigated the excesses of the revolution in the poem "The Jacobins" from 1793. Here he criticized the Jacobin regime, which had emerged from the French Revolution, as a snake that winds through all of France.

No popular sovereignty - rather Alderman in power 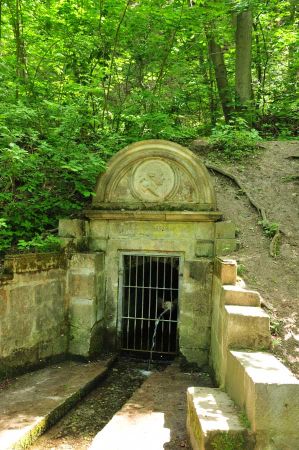 Klopstock's enlightened utopia "The German Scholarly Republic" (1774) is a concept that puts an educated elite in power for the princely rule, which is regarded as incapable of governing. The republic is to be ruled by "Alder men", "guilds" and "the people", whereby the former - as the most learned - should have the greatest powers, guilds and people accordingly less. The “rabble”, on the other hand, would at most get a “screamer” in the state parliament, because Klopstock did not trust the people to have popular sovereignty. Education is the highest good in this republic and qualifies its bearer for higher offices. In keeping with the learned approach, things are extremely pacifistic in this republic: Klopstock rates sniffing, scornful laughter and frowning as punishments between the scholars. This made special demands on the executors:
“Whoever wants to become one of them must have two main characteristics, namely a great skill in being very expressive; and then a very special larval face, whereby the size and shape of the nose come into consideration. In addition to this, the scornful laugher (but he also gets more immortalized maculature as a salary than the others) must have a very strong and at the same time rough voice. It is customary to release Schreyer from being expelled from the country and to raise him to a sneer if his nose has the necessary properties for this task. "

Have fun on the way through the history of literature and to the Kloppstock spring.