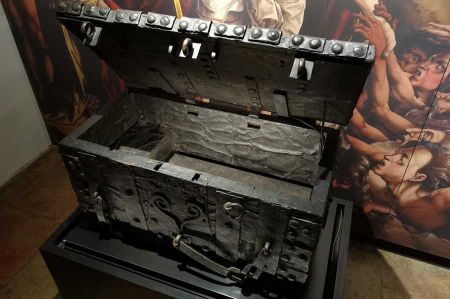 Three times - on 12, 13 and 14 October 1518 - Martin Luther was interrogated in the new city palace of Jakob Fugger in Augsburg by the cardinal legate Cajetan, who had arrived from Rome.

He was here to move the monk from Wittenberg to revoke his 95 theses, which were published in 1517. But Luther resisted. The Fugger houses, St. Anna and the Luther stairway as well as other places in Augsburg reminded in detail of the event from 500 years ago in the past year - a central date of the Reformation.

We were visiting friends when we got the opportunity to visit the church or better the monastery of St. Anna with the well-known Lutherstiege in the center of Augsburg during a small stroll through the city. 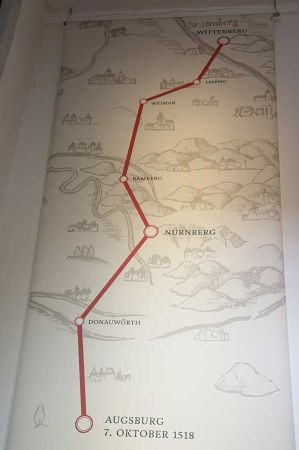 Martin Luther, the monk from Wittenberg, stayed in Augsburg for two weeks. In October 1518, during a three-day dispute with Cardinal Cajetan in the Fugger houses, he refused to accept his thesis in a death-defying way - the death predicted for "heretic" at the stake. This was the first time that a milestone in the history of the Reformation was set in the Fugger city of Augsburg.

Augsburg was then three times the most important city in the history of German Reformation. The second time as a place of milestones in the history of the Reformation, when Philipp Melanchthon's Augsburg Confession, the Confessio Augustana, was read in front of the emperor and other important people of the empire in 1530. The third time, in 1555, the Augsburg Religious Peace sealed the principle of "cuius regio, eius religio". And in 1999, when the Joint Declaration on the Doctrine of Justification was signed in St. Anna - this was a great moment of ecumenism.

Martin Luther and the art of printing

Martin Luther benefited from the fact that printing increased so much towards the end of the Middle Ages and therefore was able to print and publish many fonts. But not just Martin Luther wanted to reform the church. In Augsburg there were six reform movements at that time, which was no coincidence, because around the year 1500 Augsburg was a center of power in Europe. Reichstag took place here. The Fugger and Welser steered their trading empires from here. Augsburg was one of the largest centers for the printing of books and leaflets. Martin Luther also had his works printed in Augsburg, although Jakob Fugger, his greatest adversary and opponent, also sat here and organized indulgences for the pope and in Luther's eyes was a usurer, since he took interest for money being lent.

Luther and Fuggers - departure for the modern age 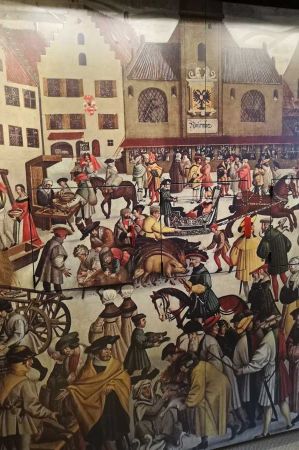 Both stand in their own way for the dawn of modernity. Both saw the need for reform in the Roman church, but together they could not come. Too much was the one - Martin Luther - monk and churchman, and too much the other - Jakob Fugger - manager and corporate leader. Martin Luther scolded the "damned Fugg (ck) erei" and the big Augsburger banking and trading companies. Ablasshandel, Zinswucher, purchase and monopolies of the Augsburg Fugger and Welser, Höchstetter and Co. were discussed at the time in the whole Holy Roman Empire of the German Nations - between the North Sea and Tyrol, Alsace and Vienna – exciting discussions.

Jakob Fugger taunted the reformer Martin Luther as a co-cause of the Peasants' War, which he co-financed. His nephew and successor Anton Fugger financed the Emperor's troops in two religious wars, the Schmalkaldic War of 1546/47 and the Prince revolt of 1552. Anton Fugger tried to mediate between the predominantly Protestant imperial city and the emperor. With his speeches and knee fall in front of Emperor Charles V in 1547, he allegedly saved his hometown, which had been defeated by the Emperor, from destruction and plunder.

The Lutherstiege in Sankt Anna brings time of Reformation to life 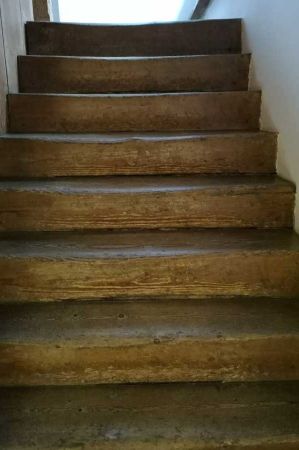 Because Martin Luther could have been send to burn as a heretic at the stake, he secretly fled from Augsburg in 1518. Allegedly a citizen of Sankt Gallus should take him to Steffinger Tor and then painted his act on the wall opposite Sankt Gallus, which today bears witness to a memorial plaque. After that Martin Luther never came back to Augsburg.