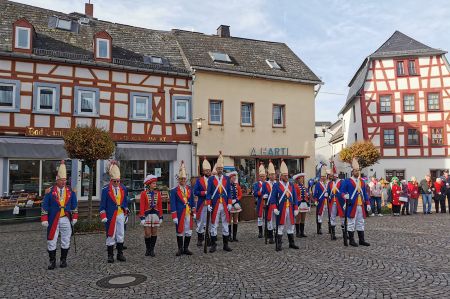 Since the 19th century, the official opening of the carnival session has taken place in many areas in addition to or separately from the start of the "normal" carnival season on Epiphany, January 6th, on November 11th, the "eleventh within the eleventh". took place, which of course we didn't have on our radar during our visit to Bad Camberg.

So when we were looking for interesting photo motifs on the buildings along the city wall, we came across an old gate that aroused our interest. A little later we were surrounded by disguised citizens who informed us about the date and the associated beginning of the carnival season, at least here in Bad Camberg. Now one may be a friend of disguise and this folk festival or leave the region because of the aversion to this festival, it was interesting to realize that a large number of disguised citizens had gathered on the market square and could sing and dance happily, despite everything of the prevailing problems and the war.

Martin's Day, the end of the farming year 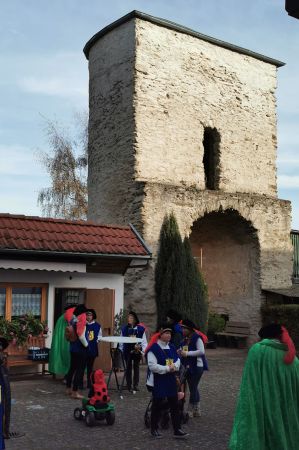 But what now had just the 11.11. at 11:11 a.m. so special that the carnival or perhaps in the stem of the word “Fastnacht” begins, because this also includes the word “fasting”. The background to this is that there was a forty-day preparatory period of Lent shortly after the celebration of the festival in the year 354, similar to the Easter period of Lent after Carnival. It began on November 11, the so-called Martin's Day. It was still necessary to eat the food that was not “suitable for Lent”, such as meat, fat, lard, eggs and dairy products. Martin's Day was also the end of the farming year, when the lease was due and the servants changed.

In the Christianity influenced by Byzantium, St. Martin's Day was at the beginning of Lent, which was celebrated from the Middle Ages to modern times - in the Orthodox Churches partly to this day - before Christmas. On the last day before the start of Lent, people could once again really feast – analogous to the carnival. 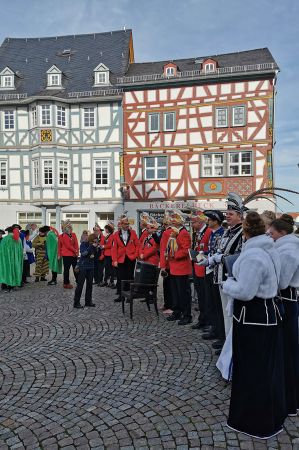 In addition, St. Martin's Day was the end of the farming year, new wine could be tasted, it was the date for the cattle drive or the end of the grazing year and the traditional day on which the payment of the tithe was due. Taxes used to be paid in kind, including geese. Employment, lease, interest and salary periods began and ended on this day. Later, the day of Saint Leonard of Limoges, the patron saint of cattle, on November 6th was also named for this. To this day, land lease agreements often refer to Martini as the start and end date, since the time corresponds to the beginning and end of the natural cultivation period. Martin's Day was therefore also called interest day. 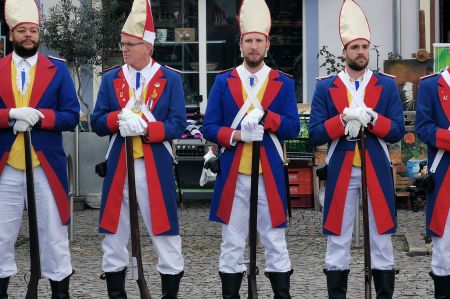 The period from November 12th to January 5th remains largely free of carnival events, even in the carnival centres along the Rhine, which can be explained by the aforementioned pre-Christmas Lent, the role of November as a month of mourning and the contemplative character of Advent. As far as there is talk of an "earlier start" of the beginning of the carnival or of a "season opening" on November 11th, this is at least misleading. In terms of how it came about, November 11th represents a second, “small” carnival.

However, especially in the surrounding area, more and more carnival sessions are being held during this time - even before November 11th - because then most of the artists performing are cheaper than in the high season, when they have many performances in one evening. In January, the foolish time begins, especially in the strongholds, with the presentation of the new regents, the prince proclamation.

The mighty and the lowly are equal 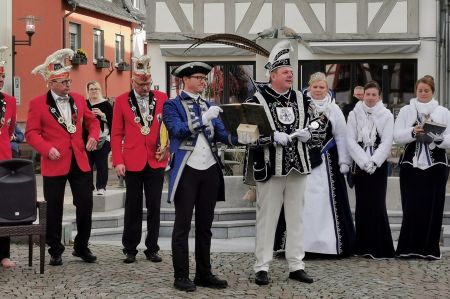 Forerunners of carnival were celebrated 5000 years ago in Mesopotamia, the country with the first urban cultures. An Old Babylonian inscription from the 3rd millennium BC. BC reports that under the priest-king Gudea a seven-day festival was celebrated after the New Year as a symbolic marriage of a god. The inscription reads: “No grain is ground on these days. The slave is equal to the mistress and the slave to his master's side. The mighty and the lowly are equal.” Here, for the first time, the principle of equality was practiced in boisterous celebrations and this is still a characteristic feature of the carnival today.

Similar festivals, mostly associated with the awakening of nature in spring, can be found in all cultures of the Mediterranean region: In Egypt, the exuberant festival was celebrated in honour of the goddess Isis, and the Greeks organized it for their god Dionysus and called it Apokries . 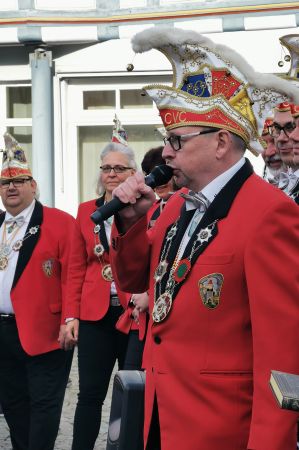 Finally, the Romans celebrated Saturnalia from December 17th to December 19th in honour of their god Saturnus. The festival was combined with a public feast to which everyone was invited. Executions were postponed because of the Saturnalia. Slaves and masters swapped roles at times, celebrated and sat together at the table with myrtle wreaths, drank and ate, dared to speak freely and showered each other with small roses. The confetti that we know today may have emerged from the roses. The Romans already organized colourful processions in which a decorated ship wagon was pulled around.

However, current research strongly doubts dates such as Saturnalia or Lupercalia as the origin of the carnival tradition. 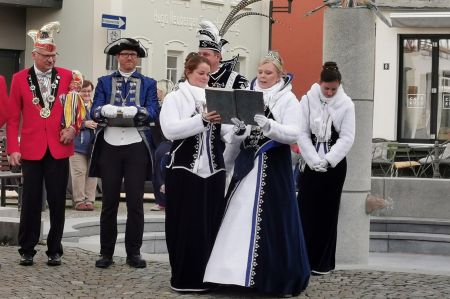 Many masks, figures and customs also seem to have preserved pre-Christian rites, such as those of the Celtic religion, which involve the change from the cold winter half-year to the warm and fertile summer half-year. People tried to banish the winter by dressing up as ghosts, goblins and uncanny creatures from nature and thrashing about wildly with wooden sticks or making noise with a rattle or ratchet. In carnival customs in Tyrol and South Tyrol, the symbolization of the struggle between light and darkness, between good and evil, between spring and winter still takes place. Examples of this are the Egetmann parade in Tramin or the Mullerlaufen in Thaur.

Germanic theories (so-called continuity premises) were particularly popular during National Socialism, but are still sometimes unconsciously quoted today. The scepticism towards all theories that assume a tradition of Germanic or Celtic customs has remained unbroken since 1945. For this reason, it can be assumed that there were no festivals similar to Shrovetide for several centuries, but rather that they arose in the high and late Middle Ages with Lent.

Tsiknopempti - carnival is like a family fest at Zampetas