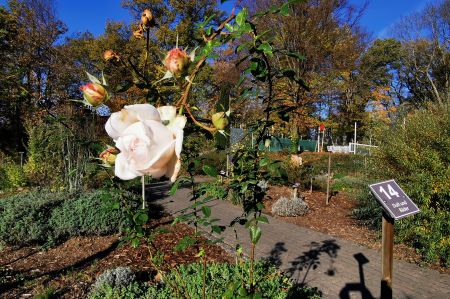 Bad Camberg is the heart of the Goldener Grund, the second largest city in the Limburg-Weilburg district and the oldest Kneipp spa in Hesse.

Water cures have been carried out in Camberg since 1927 and today around 170,000 spa guests alone come to the spa in the Untertaunus, which is well-located in terms of transport. Incidentally, since 1781 the church consecration festival has been celebrated together with the autumn market as Camberger Kerb on the second weekend in September, attracting thousands of visitors to Bad Camberg.

Water features and herb garden in the spa gardens 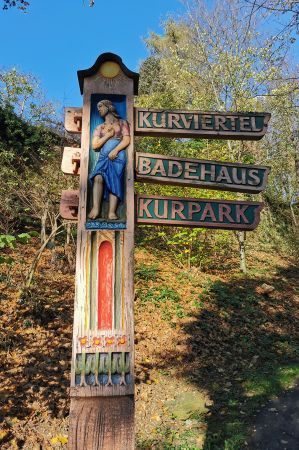 The Kurpark Bad Camberg has a large stock of old trees. In addition to a miniature golf course, sunbathing lawns, water features and several tennis courts, it also offers a water treading pool. A beautiful herb garden was laid out here in 2002 on an area of ​​800 square meters.

Since the Iron Age, increasingly in Roman times, herbs have been imported into Central and Western Europe for culinary purposes. Some of these were also grown locally. At Longeuil-Sainte-Marie in France, a large enclosure divided into small beds that may have served as garden beds has been excavated. A burnt gourd residue indicates the crops grown. Savory, dill, fennel, coriander, marjoram and celery were also grown after the Roman troops left. 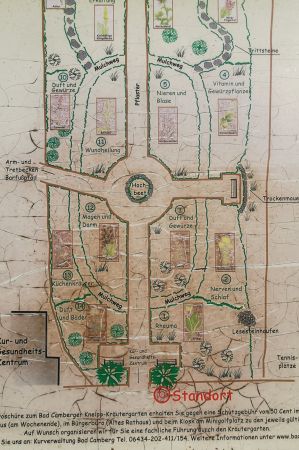 Many medieval monastery gardens were primarily herb gardens; the border to the Apothekergarten is fluid. The garden laid out by Abbot Benedict of Aniane after Charlemagne's Capitulare de villis vel curtis imperii mainly contains herbs.

Abandoned herb gardens are sometimes evidenced by relict plants, as exemplified by Kells Priory in County Kilkenny, Ireland. However, herbs could also be grown for symbolic or sentimental reasons, as exemplified by Thomas More's garden in London. Here rosemary symbolized remembrance and friendship.

Kurpark with a bridge over the Kurparkschlucht 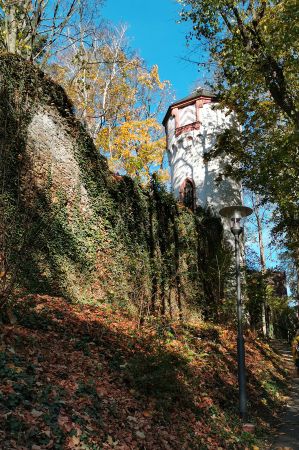 The spa park in Bad Camberg was laid out in the 18th century by the Schütz von Holzhausen family.

The park is located directly at the Obertor on the edge of the old town.

In addition to a water treading pool, the stock of old trees and the water features, the park also offers a mini golf course and several tennis courts.

On November 2, 2019, the inauguration of the Kurpark Bridge was celebrated with a festival program. 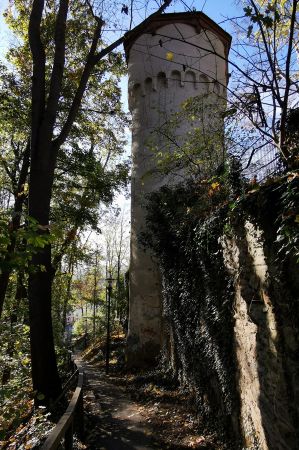 The idea and the desire for a bridge over the Kurpark Gorge came about almost a hundred years ago. The project was finally implemented and realized thanks to EU funding from the LEADER funding program.

The first drafts were made in the early 1930s, but their effective implementation failed due to a lack of financial resources.

With the help of the association 'Bad Camberg barrierefrei', it was finally possible for the local action group of the association 'Regionalentwicklung Limburg-Weilburg e.V.', together with the regional management, to hand over the approval notice for the construction of the spa park bridge in 2017. 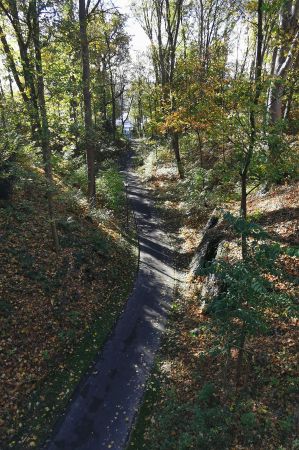 The construction of the spa park bridge now enables a barrier-free connection between the spa district and the city center and thus represents a considerable relief for wheelchair users, but also for families with prams. The total costs of this project of almost 481,000 euros were covered by the EU funding program LEADER funded in the amount of 200,000 euros.

The spa park in Bad Camberg was laid out in the 18th century by the Schütz von Holzhausen family. The park is located directly at the Obertor on the edge of the old town. In addition to a water treading pool, the stock of old trees and the water features, the park also offers a mini golf course and several tennis courts. In 2002, an approx. 800 m² herb garden was created in the Kurpark.

Harburg Castle on the Romantic Road