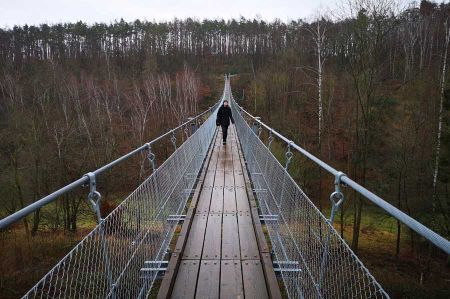 Although it is wet and cold on these days in December, the urge to exercise prevails, especially since there are other destinations to be hiked.

So, this time our way led first to the small Thuringian village of Gehofen, which was probably founded as a Franconian foundation around the year 600. Gehofen was officially mentioned as Hovun for the first time in 782.

At the beginning of the 9th century, Gehofen was documented as Hofun in a list of the goods of the Hersfeld Monastery, built by Archbishop Lullus of Mainz, and there was also a knight family of the same name from Gehofen from the 13th century to its extinction in 1711. 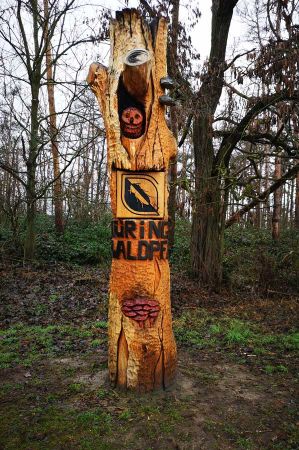 The evangelical church of St. Johann Baptist, visible from afar, is a neo-Gothic Hall church with a recessed polygonal choir and a slim, octagonal west tower. It was probably built between 1866 and 1868 based on a design by Friedrich August Stüler in place of a previous medieval building. The facing of the church building consists of sandstone blocks, most of the interior furnishing’s date from the time it was built. Note an elaborately carved baptismal font from the early 17th century, the six-sided base of which shows Luther, Paul and the evangelists. The current church square was once the parish cemetery. It was surrounded by a wall and very hilly. Here we start today's hike with the goal of the Hohe Schrecke suspension bridge.

Along the cemetery up into the high forest 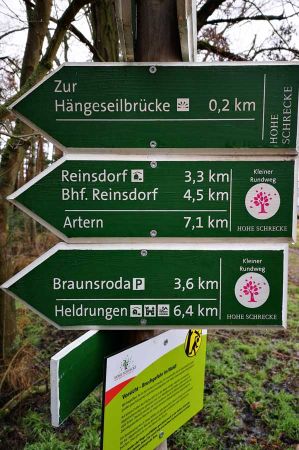 Today's cemetery, which we pass during the first few meters, is located at the southwest end of the village and was laid out in 1849. Striking and interesting at the same time is the so-called morgue, which as a "green roof" was probably way ahead of its time. It is also interesting that the old graves were not re-occupied until after about 100 years. Also noticeable are the countless deciduous trees that give the cemetery wonderful shade in hot summers. But now further up towards the suspension bridge.

We continue up along a dirt road lined with ancient fruit trees. After about 2.2 kilometre’s you will pass the first highlight, the Hessenköpfchen. We immediately notice that there is no longer any evidence of the suspension bridge. Should we miss a tap? Now we have reached the forest and follow the signs in the direction of Oberheldrungen, located on the other side of the Hohe Schrecke and well known to us. A little later we reach the junction in the direction of Heldrungen, the moated castle and the suspension bridge is named again. We follow the signs, use an idyllic snack spot at an apple farm with a wonderful panoramic view over to the next ridge and the Unstrut in the valley. The onset of rain cannot reduce our mood and a little later the junction to the suspension rope bridge is reached. Here we also find a reference to a shorter route that we then wanted to use for the way back. 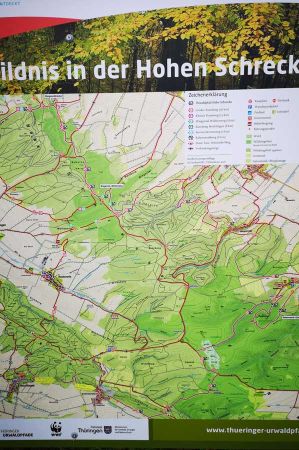 Although we had hiked the imposing suspension bridge from another side before, the impressions are still extremely positive. And if at the beginning of the walk, at least one of the participants still noticed a certain scepticism (the bridge movement is already quite clearly noticeable), then the joy and the fun quickly became superior to the scepticism. A great feeling, a wonderful view and therefore a destination that is highly recommended for a hike lasting several hours, wherever you start.

A tour to the Mühlviertel and hiking along Feldaist