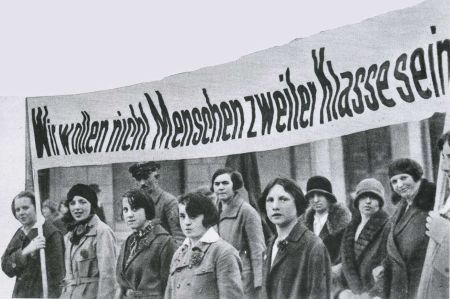 Women's rights, equal rights, emancipation and, as a result, women's suffrage are all terms that can still be heard in the media almost every day.

Sometimes it's the unequal treatment of men and women with regard to pay for work of equal value, sometimes it's the selection criteria for filling highly paid positions in companies or supervisory boards, and sometimes it's the discussions as to whether a women's quota needs to be introduced or whether it should be self-commitment of the companies, which has been proven to be unreliable. These issues did not only concern society at the beginning of the emancipation movement in the 1960s and 1970s. The "fight" for equal rights, equal treatment and the associated women's right to vote began much earlier. It is fundamentally incomprehensible why these discussions are necessary at all and cannot be justified either by religion or other world views, because all these “rules” are “man-made”.

In the European, enlightened states, the fight for women's suffrage began as early as the 18th century with the Frenchwoman Olympe de Gouges as a fighter in the women's movement. As early as November 1791, during the course of the French Revolution, she had published declarations on the rights of women and citizens. Olympe de Gouge was arrested in the summer of 1793 during Robespierre's reign of terror and executed shortly thereafter after a show trial. 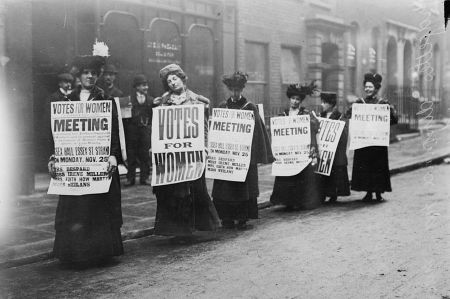 There have been a multitude of different advances, depending on which country on earth you are looking at. In the US state of New Jersey, the 1776 constitution established the right to vote for all persons who owned property. Thus, widows had the right to vote, but not for married women, because they were not allowed to own anything. As early as 1807, this limited right to vote for women was abolished and applied solely to men. Here are a few more facts:

But how was and is the situation in Turkey?

As early as the 19th century in the Ottoman Empire, women's fight for equal rights and the associated right to vote began here. The first women's association in Turkey was founded in 1908. At a first, sensational congress during a women's meeting in Kastamonu in 1919, the decision was made to campaign even more strongly for the principle of equal treatment for men and women in the future and thus to obtain the right to vote. After the wars of liberation at the end of 1923, the first women's association was founded by Nezihe Muhittin, in which the women's associations, which had functioned as "lone fighters" up to that point in time, joined together in order to be able to exert more pressure on the political structure in the country and thus to achieve equality between men and women. Finally, in 1930, there were decisive changes in the legislation, so that women could first vote in local elections and also stand as eligible candidates. Three years later, the amended laws were extended to municipal elections. From 1933 onwards it was possible for women to vote in elections for municipal leaders, and even to be nominated as candidates.

Officially, the law came into force in Turkey on December 5, 1934, which gave women the right to vote and stand for election. Universal and unrestricted women's suffrage was introduced with overwhelming support from the national parliament. For the first time it was possible for women to become parliamentarians.

In the following year 1935 (at that time there was only one party allowed in parliament, the "Cumhuriyet Halk Fırkası", then CHF from which today's CHP developed) 18 women parliamentarians were sworn in in the national parliament. This "high" number of women representatives of the equivalent of 4.8 percent in the first year could only be reached in 2007. This percentage could never be exceeded. At the municipal level, the proportion of women is only 2.5 percent. There are a total of 2,924 mayoral offices in Turkey, of which only 26 are held by women. The percentages are similar for the 34,210 community leaders, of whom only 65 are women. Reason enough to discuss a quota for women in Turkey as well.

Esengül Civelek in Yalova province, who was sworn in by President Gül 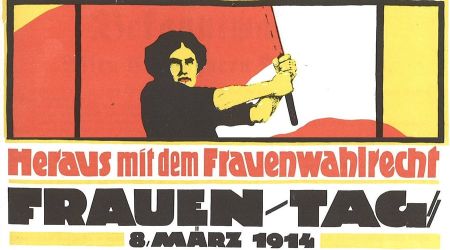 In Turkey's 81 provinces, only one woman is active as provincial governor, Esengül Civelek in Yalova province, who was sworn in by President Gül. Other numbers that were heavily criticized during a recent CHP Women's meeting include:

Among 26 male ministers in Erdogan's cabinet of ministers, only one woman, Fatma Şahin, has been appointed Minister for Family and Social Affairs. There are only 78 women in the 550-seat Parliament. Tansu Çiller was the only prime minister of the Turkish Republic from 1993 to 1996. Çiller began her meteoric career as a politician in 1990 when she joined the DYP. Already in the following year Çiller was elected deputy for the province of Istanbul and only two years later party leader.

If you look around at the business associations, the quota is even lower, or there is no quota at all, because neither the TOBB (Turkish-German Chamber of Industry and Commerce), nor the TZOB (Turkish Chamber of Agriculture), the TESK (Confederation of Turkish Chambers of Crafts), nor the STK have female board members on the association floors. Some celebrations were held to mark the 50th anniversary of women's right to vote and stand as a candidate in 1984, and a commemorative coin was also officially minted. The 78th anniversary year 2012 was celebrated again, but during the celebrations there was always quite appropriate criticism, including from the CHP politician Saadet Kavasgil, who called for a higher quota of women in the national parliament.

Fes or hat - the laws on head covering in Turkey