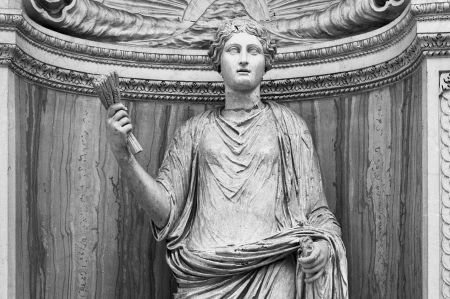 She and her daughter Persephone were the central figures of the Eleusinian Mysteries that also predated the Olympian pantheon.

According to the Athenian rhetorician Isocrates, the greatest gifts which Demeter gave were cereal (also known as corn in modern Britain), the cultivation of which made man different from wild animals; and the Mysteries which give the initiate higher hopes in this life and the afterlife.

In the Homeric Hymn to Demeter, dated to about the seventh century BC. she is invoked as the "bringer of seasons", a subtle sign that she was worshipped long before she was made one of the Olympians. She and her daughter Persephone were the central figures of the Eleusinian Mysteries that also predated the Olympian pantheon.

The goddess Demeter is best known for her fierce defense of her daughter, Persephone, who was also known as the child, Kore (or Cora).  Persephone's father was Zeus, the mighty ruler of the Olympian Gods. The goddess Demeter had been one of his early consorts, long before his marriage to Hera.

Dionysos - God of Wine and Fun

Moon God Man - Temple in Ur