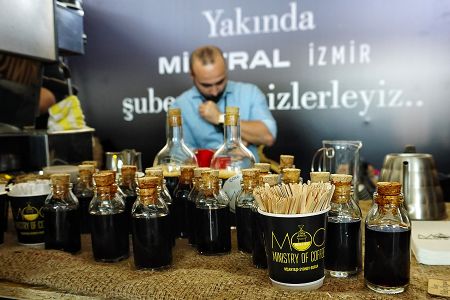 We were very much surprised whether the size and variety, the suppliers and their products at this year's first Coffee Festival in Izmir, what we would not have expected in such colorful activities of the exhibitors and such a high number of really interested visitors.

And even if certain varieties or traditional methods of preparation are not likely to be affected by trends, the coffee feeling quite often is very trendy, yes, invents itself again and again in recent years. This mixture of tradition and modernity makes the coffee product something special. It is no wonder, then, that something is happening in Turkey, not just on the Turkish mocha. 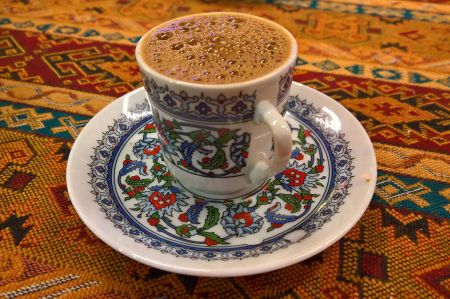 So it was not surprising us then anymore, that the exhibitors were not only from different regions, but also had all sorts of accessories and equipment in addition to the coffee. In addition to the product "coffee", there were also cups that reminded us of the 50s and 60s in Europe and are now experiencing a renaissance, as well as stylish porcelain filters with accompanying bags, which have been replaced long time ago by the coffee machine or at least, the porcelain has been replaced by plastic. Obtaining a porcelain filter is by no means so easy, so we have been looking for it for some time.

There are also obvious efforts to deal with the alternative methods of preparing normal and special coffee offerings, in addition to pure coffee. An exhibitor was even trying to find the range of coffee classics from traditional Austrian coffee houses. So there were offers like the: 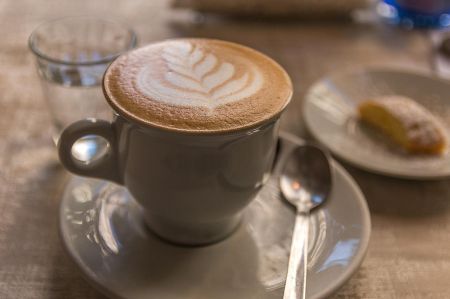 Great Brown
You get a double mocha served with coffee beans.

One-piece
You get a mocha with cream served in the special "Einspänner" glasses, including powder sugar.

Extended black
Here the mocha is poured with hot water.

Melange
You get a mocha in a large cup, which has been "extended" with hot water, with warm milk and milk froth hood.

Capuchin
The Capuchin is a double mocha with cream.

Surreptitious Neumann
The name is program. First cream is being poured into the empty coffee cup, which is then rushed with a double mocha.

Mazagran
Here you get a double mocha, which is cooled with ice cubes, served with Maraschino. Perfect for hot summer, but also in October it was very delicious.

Fiaker
You get a mocha served with a dash of rum (we were surprised already: alcohol?). 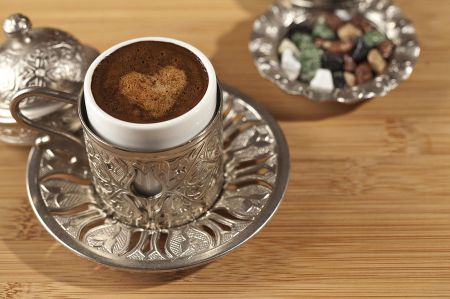 Cocoa Coffee
In the end, the extravagant coffee highlight, which we had not expected at all: If you order a Cocoa Coffee at this stand, you will actually get a mocha in the single-glass, mixed with red wine, vodka and liquid sugar.

These offers led many visitors to meet with friends and relatives, even the atmosphere of the typical coffee house character could grow, really great. Even at the single stands. Countless varieties, which have long been understood by Turkish manufacturers as an opportunity to open a new market. Ecology has not been neglected either, so it will only be a small step until fair trade becomes well known on the Turkish market too. Hopefully there will be a similar event in the coming year.