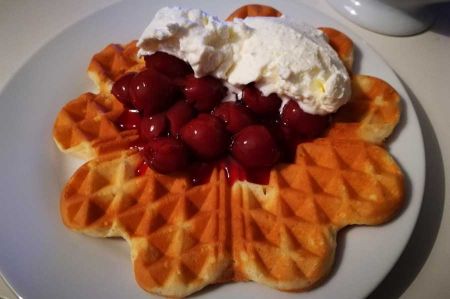 In their simplest form, waffles are often flat-baked confectionery made from just flour and water, which is baked between two hot iron shapes, the waffle iron.

There are many different variations of waffles due to their shape and recipe. There are soft and crispy waffles, based on different recipes for the waffle mass, we had already reported on the so-called New Year's cake.

Historical motives prove the age of the waffle bakery

The oldest evidence of waffle iron date back to the 9th century and were found in Belgium and France. It is believed that the production of wafers in the monasteries was a precursor to the waffle bakery. In France, there was a separate guild of waffle bakers in the 13th century already. Hollow sticks were known at the latest in the 15th century. At this time, waffles were widely distributed in the Netherlands, also in northern Germany, in Fläming, in Brandenburg and in the Baden area. In southern Germany and in Austria, waffles, on the other hand, never belonged to the bakery of the masses, but were reserved for the fine cuisine. From Austria, especially the Neapolitan waffles are known. Because of their decorative shape waffles were a popular holiday pastry, regionally they were traditionally baked at New Year.

Motifs complete the range of shapes 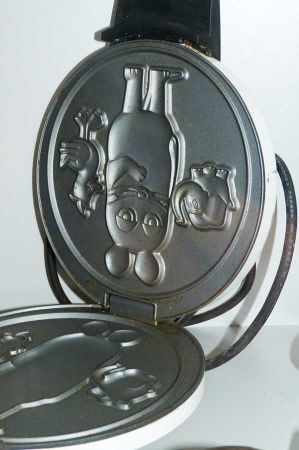 A regional peculiarity in the Bergisches Land are the so-called Bergischen waffles or heart waffles. The Waffle tradition in Westphalia can be traced back to the 16th century. In Saarland and in the Palatinate, cinnamon waffles are a traditionally popular pastry at Christmas time. They are manufactured there both commercially and in private households. In Belgium, there are many small shops or stalls where fresh Brussels or Liège waffles are baked. These mainly consist of a yeast dough with granulated sugar.

In Sweden, waffles are traditionally baked in heart shape. On March 25, the official day of the Waffle, called in Swedish Våffeldagen. In Norway, two special waffles are part of the Christmas tradition: Goro and Hohlhippen, which are called Krumkake. There are special waffle irons for both. In Norwegian everyday life waffles play a very big role as a classic pastry for coffee. The waffles are usually served with the typical Norwegian lignite or sour cream and strawberry jam.

Even in the form of consumption or enjoyment, there is a rich palette of usual options to serve them. Popular variants are sprinkling with powder or icing sugar or serving with whipped cream. Strawberries or sour cherries are often served as a hot compote with waffles. Waffles are the most common side dish to ice cream, which is often offered in bag-shaped waffles.

And now turning to a quick recipe - waffles with cherries 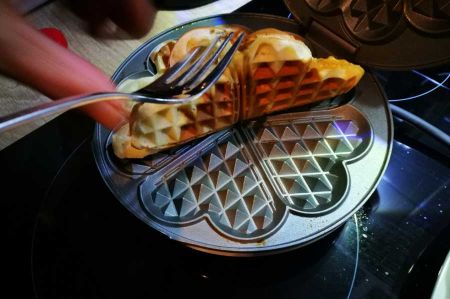 As already mentioned, the basic recipe of waffle dough actually consists of water and flour, which is supplemented and expanded differently depending on the region and / or project. The desired shape of the waffle also has a significant impact on the consistency and content of the waffles. However, the other additions are typical, so a waffle with hot cherries is probably the most well-known combination, perhaps supplemented with vanilla ice cream.

For a particularly light and fluffy waffle, we use a medium-sized mixing bowl, in which we mix the ingredients such as butter (please first heat slightly so that it is liquid), flour, sugar, vanilla sugar and cottage cheese with each other. Vanilla Aroma refines the mixture even further. Separate the eggs, stirring the yolks directly into the dough mixture.

In parallel, beat the egg whites until stiff and stir gently into the dough. If the consistency is still too firm, please dilute with a little milk. Finished.