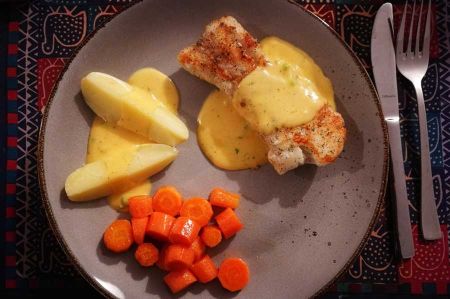 "The fact that cod would disappear from the oceans would have been unimaginable for the Vikings in the 10th century, because they followed the cod warming far to the west.

On their hunt for the fish they came from Iceland via Greenland to America. Before Newfoundland, they discovered unimaginable cable origins. ... Then the English arrived, and the Pilgrim Fathers owed their survival to the food fish. They told of the sea off Newfoundland, that you cannot see any more water in the baskets, just because of the amount of fish. The swarms in these stories are so dense that they even brake down the speed of the boats. "

The golden days of fishing have long passed since then, and mankind has long ago overfished and exploited the oceans in his greed for profit. Cod today is caught primarily with trawl nets, much less often by line fishing. For this purpose, modern technology is used, which can detect and track the cod-heat, just as the heavily criticized industrial fish processing. Fortunately, cod is also available from aquaculture. 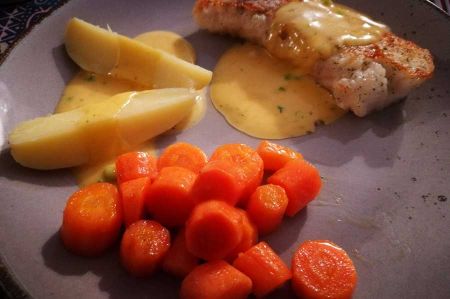 The home of cod is the North Atlantic Ocean from Norway to Canada. However, cod also floats in the Baltic Sea. Cod, like most saltwater fish, tastes best in the cooler seasons, then it has a particularly pleasant solid meat with a subtle salt note and a very low-fat content. Cod enjoys great popularity, both as fresh fish, frozen or salted and dried as "bacalao".

Classically, cod is poached, cooked in hot but not boiling water. It should still be firm on the bone and not too soft on the outside, so that it can survive the way from the cooking pot to the plate. It is best to cook the cod with skin, then its scale-like meat does not decompose so easily. Cod is also excellent for frying on the skin side as well as for baking or steaming. It would crumble while grilling. 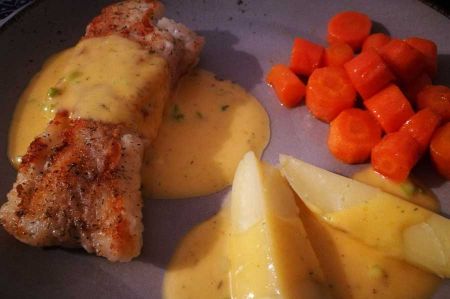 We are real fish fans, but we also see the problem of overfishing. That´s why we pay attention to the origin and try to make sure using aquaculture when purchasing and consuming different fish species to avoid over fishing and thus make our contribution to stop it.

Our dish should prove to be easy to make and very gentle to cook:  boil potatoes and carrots in water with only a little salt, pull the fish lightly through flour, then sear it in olive oil. However, we do not love the fish glassy, ​​as it is often propagated, but also not fried, the tender cod meat should at least be solid. But everyone should prepare, just as their own taste desires.

When serving, both the potatoes and the carrots get some dill for fine tuning. A little butter in the pot to the still crisp carrots completes the taste.

The highlight of this dish, however, is the fine mustard sauce 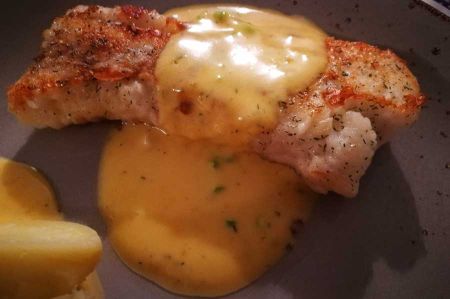 We take 3 egg yolks, which we put in a bowl, a small dash of white wine and a teaspoon of white wine vinegar, then beat the resulting mixture on a water bath until the mixture becomes thick almost sticking to the edge of the bowl. Stir approximately 125 grams of liquefied butter in drops into the mixture, with the temperature of eggs and butter about equal warm. Please never stop stirring.

Then add a little salt and pepper to the mixture, add a dash of lemon juice and mustard at will, also other dill fits wonderfully, finally stir in some finely chopped chives, done!

... that a female cod lays up to 9 million eggs per spawning season? Speaking of reproduction: In the Japanese, the seminal fluid or the seed glands of male cod is considered a special delicacy. And eaten raw!

... that from 1958 to 1977 three "cod wars" were fought around the productive fishing areas around Iceland? The violent clashes - mainly between the Icelandic Coast Guard and British fishing vessels - fortunately limited themselves to the fact that nets were cut and ships were rammed.