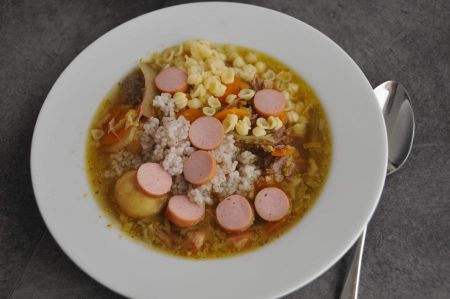 On Sunday evening, Brita asked us what we would like for lunch the following day, to which we couldn't immediately come up with a concrete answer.

Since we are of course always particularly interested in the regional variants of the dishes, we used this topic to ask a few counter-questions and so we quickly came to the Pichelsteiner Eintopf, or as it is also called, the Pichelsteiner Fleisch, a stew made from different types of meat and vegetables, arrived. 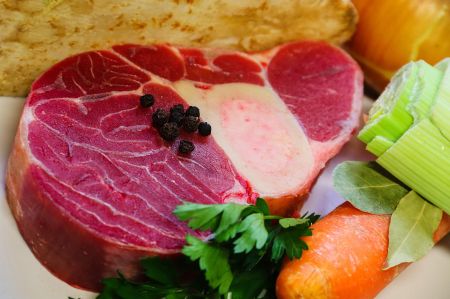 Of course, there may also be different recipes for the Pichelstein stew, which can vary from region to region and seasonally. One thing is always clear: the Pichelsteiner stew usually has different types of meat and vegetables, which are poured into the saucepan one after the other according to the different cooking times. Depending on your own taste, beef, pork and/or mutton are seared in a large pot. Depending on the cooking time, diced potatoes, carrots, parsley roots, cabbage and leeks cut into strips, onions or garlic to taste follow. The whole thing is filled with meat broth, which, as is customary here in Franconia, is boiled out of beef bones the day before. Today, homemade broth is often replaced by using ready-made broths.

In addition to the ingredients and the way it is made, Brita, who is "experienced in cooking", also tells us a few more details about the Pichelsteiner stew, which was originally invented by the landlady Auguste Winkler from Kirchberg im Wald. In the 18th century, Mrs. Winkler ran an inn in Grattersdorf, where she not only entertained local guests but also passing traders who often asked for a quickly prepared snack. Since a folk festival called the "Büchelsteiner Fest" had been celebrated very close to the inn since 1839, at which the new dish quickly became more popular, the landlady Auguste Winkler quickly became known as the creator of the dish. Since the ü is pronounced as an i due to the prevailing dialect in the Bavarian Forest, it is at least assumed that the word Pichelsteiner in the naming has developed from the Büchelsteiner. 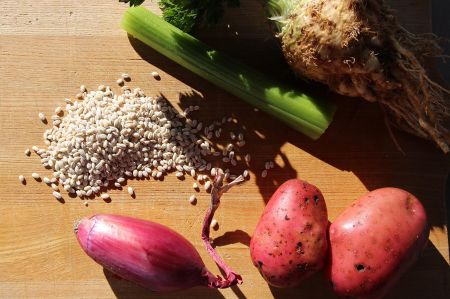 Since 1874, the citizens of the city of Regen have traditionally met on Kirchweihmontag for the Pichelsteiner meal, which is why this festival day is popularly known as the Pichelsteinerfest. In the years that followed, a veritable dispute arose between the organizers of the Büchelsteiner and Pichelsteiner Fests about the origin and naming of the dish. Against this background, the spread of the following theory can also be seen, which states that the large cauldron used to prepare the dish used to be called Pichel. The local researcher and writer Max Peinkofer, however, raises considerable objections and describes the theory of the boiler name as "invented legend" and "exhilarating assertion". Another field of human coexistence that still needs to be explored. You could actually just enjoy the dish.

Just a matter of taste 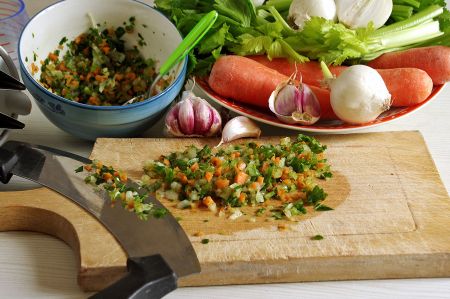 The stew was first mentioned in a cookbook in 1894 because of its simple preparation, so that today the Pichelsteiner stew is often prepared in canteen kitchens. The consistency of the stew is usually quite thick, so that one can really speak of a stew and no longer of a soup. Some cooks chop the vegetables and meat into much smaller portions, resulting in an almost creamy mass. Pure taste thing has.

At Brita's the Pichelsteiner stew was served the following day with recognizable large pieces of vegetables, which, according to the house's taste, were cooked relatively soft. However, Brita then added various dumplings, such as liver and semolina dumplings, to the already portioned plates. It was just delicious. 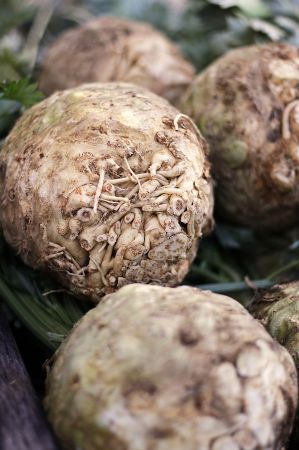 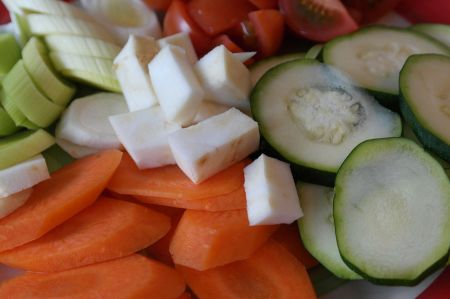 Heat the oil in a saucepan (approx. 24 cm in diameter and 3 liters capacity). Sear the meat and onions in it for 4-5 minutes. Season generously with salt and pepper. Take out half of the meat mixture.

Then layer the carrots, potatoes and savoy cabbage one after the other on the meat that is left in the pot. Lightly salt and pepper each layer of vegetables. Now add the remaining meat as the last layer. Press down the individual layers well when stacking.

In a separate saucepan, bring the broth and cumin to the boil and pour over the layers completely. Spread the butter in small pieces on the surface. Cover and cook in the preheated oven at 175°C on the 2nd shelf from the bottom for 1.5 hours. Important: do not stir during the cooking time. 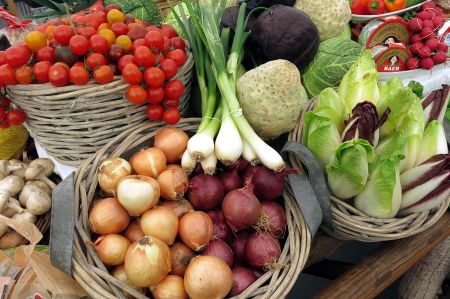 Cut the meat into bite-sized cubes.

Peel the carrots, celery stick and potatoes and cut into cubes of about 3 cm.

Cut the leek into rings, finely chop the onions.

Heat the oil and first fry the meat, then add the onion, carrots, potatoes and celery and fry. Pour in the vegetable stock and cook covered for about 20 minutes over a low heat, season with spices and vinegar.

Add the leek and continue cooking for 10 minutes.

Sprinkle with the chopped parsley and serve.

Canoeing on the Main loop around Volkach