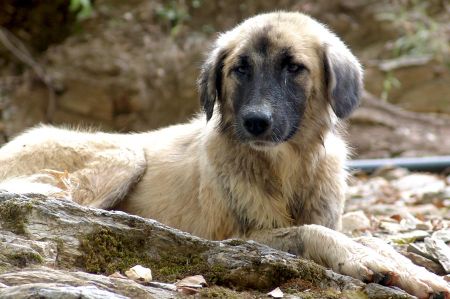 In our article on the Kangal, we already reported in detail about this large Turkish shepherd dog, which is enjoying increasing popularity. There are other types of shepherd dogs, which are sometimes difficult to distinguish from the Kangal.

This includes the Akbaş, the Kars dog and the Karabaş, which together are considered four regional breeds of Anatolian Shepherd Dogs and differ only slightly in appearance. Canine cynologists are still not in agreement as to whether these four species are purely regional breeds or traditionally defined species. 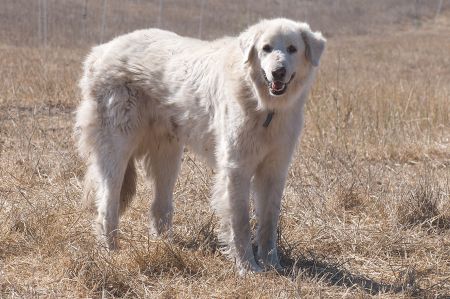 In literal translation, Akbaş means something like white head, as this species has an almost white snout. In addition to being used as a shepherd dog, the Akbaş was also trained and used for hunting. It is very likely that there is a species relationship between the different types of large, white shepherd dogs, including the Hungarian Kuvasz and the Tatra dog, which probably originated in Poland. Due to the similarity, a family connection of the species is quite conceivable, so with the spread of the Turkish ethnic groups, the shepherd dogs could also have been spread. Conjectures suggest that this happened in the 12th century. Similarities in the naming also indicate that the Hungarian "Kuvasz" became the Turkish "Kawacz" and over the centuries it became "Akbaş". This is what Erna Mohr, among others, suspects, and she has dealt extensively with the Hungarian shepherd dogs. 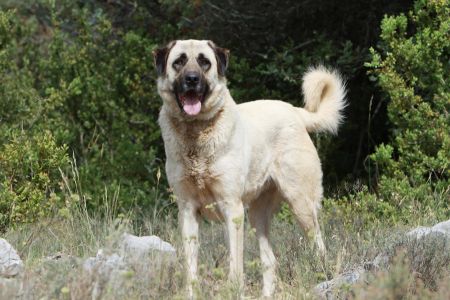 Unfortunately, there are only a few records from the time before the Turkish invasions, so that these theories can hardly be clarified. Large white shepherd dogs probably existed in Hungary and Poland long before that. Whether there are even family relationships to the other types of white shepherd dogs in the Mediterranean region will probably only be finally clarified after lengthy genetic tests. The somewhat peculiar body shape also allows various assumptions, including the crossbreeding of greyhounds. As the American poet Paul Strang wrote in 1982:

The hindquarters of the Akbaş hound would make an antelope green with envy, and I am sure that these hounds were not only kept to protect the herds, but also escorted the galloping riders and cut down the fleeing prey... 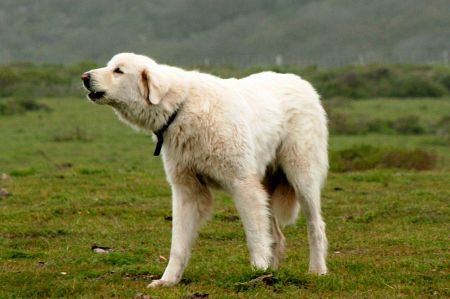 Compared to the Kangal and also to the Karabaş, the Akbaş is taller and lighter in physique, which would support the assumption that greyhounds were crossed in earlier.

In Turkey, Kangal, Akbaş, Kars-Hund and Karabaş are considered to be separate breeds, which are also genetically different from each other and each have their own history of development.

The "Karabaş", on the other hand, has a completely black head, if it is to be described as pure, which the translation of the name with "kara" for black already says. The following spellings are also often found in literature: Karabash or Karabash. The Karabaş is also a very powerful dog, with a tall build and a broad skull, more pronounced than the lighter Akbaş. Its dense fur is often brown in color and often brindle. Typical are the lop ears, which are often docked in Turkey.

Evliyâ Çelebi, a Turkish writer and traveler reported in the 17th century about dogs "big as lions", which were called Samsun. He was able to accompany the elite troops of the Ottoman armies, the janissaries, who guarded the herds of cattle intended for supplies on several occasions. He also reports on the use as fighting dogs in war.

Shepherd dogs have to be dominant 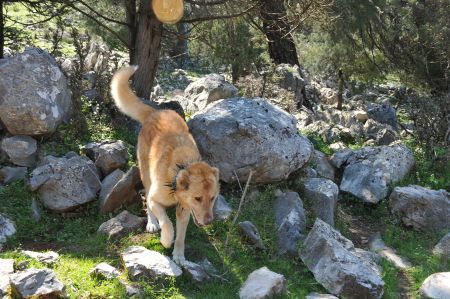 The so-called Kars dog comes from the north-east of Turkey, although it is almost exclusively widespread there and is often referred to as Kafkas. In the countries of Georgia, Azerbaijan and also in Iran there is a type of dog called the Caucasian Ovcharka, which looks amazingly similar to the Kars dog with its stock-haired coat. This dog species was only described in detail in 1996 and then examined more closely in 2002 by the Caucasus University.

Despite their physique, which can be described as massive, all four types of the Anatolian shepherd dog are known to be very agile and quick to move. They are very suspicious of strangers, but also quite brave and even-tempered. As darkness falls, the Anatolian Shepherd Dog becomes ever more alert, a criterion directly related to its function. Herding dogs are generally considered to be close-knit families, and this is especially true of the Kangal. As guardian of the flock, the shepherd dog has to make quick decisions, for which a certain degree of independence is absolutely necessary. Unfortunately, this often results in a certain dominance that the little trained dog owner can hardly limit. Early and consistent training with the young dogs is therefore of great importance. 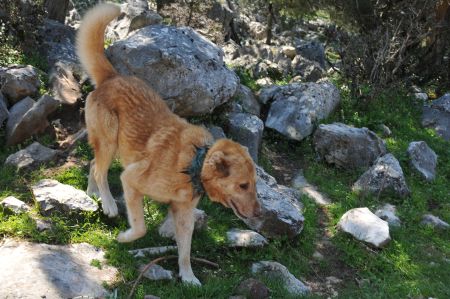 Due to its main use as a herd protection dog, decisive suitability potentials are of course, in addition to courage, above all the independent intervention against the predatory wolf. But the four species have also done an excellent job as watchdogs and protection dogs. The dogs are not only active as "keepers" of the herd, but often also as potential fighters of the predators. For days, even without food, the dogs accompany their herds without ever leaving them. So usually only 1 shepherd is necessary to be with the herd, which is outside all year round in wind and weather.