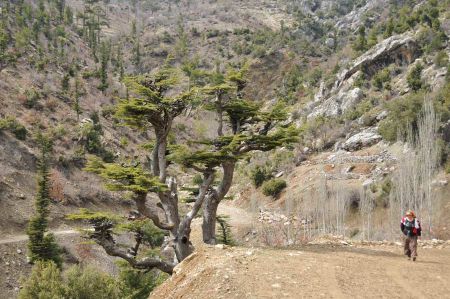 Only a few sites of this bizarre species of tree you will find anymore that once was responsible for the success of maritime trade but also contributed so greatly to the navies of the ancient Great Powers - the cedar of Lebanon.

For the Phoenicians the cedar of Lebanon was considered the queen of the plant kingdom. They mainly used cedar, among other's for shipbuilding. The ancient Egyptians used cedar for their shipbuilding too, most of them being suspected of imported from Lebanon. 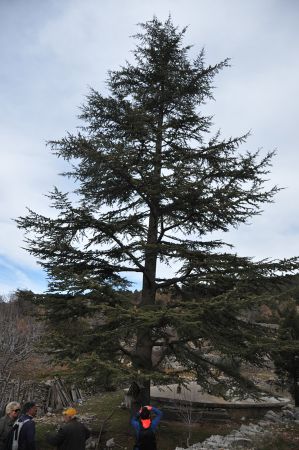 The Lebanon cedar grows along the Mediterranean coast in southern and southwestern Anatolia, for sure in Lebanon whose landmark it is and on the heights of the Jebel Aansariye in Syria. The three stocks are geographically not interconnected. Besides there is an isolated occurrence in Turkey near the Black Sea province of Tokat. The total area of cedar forests in Turkey was about 600,000 hectares. The original natural distribution area was indicated in Lebanon with around 500,000 hectares, where only 2,000 hectares could survive, from antiquity until today.

The distribution area in Syria is estimated at approximately 1,000 hectares. The Lebanon cedar is extremely resistant to drought, but preferred sites with rainfall of 590-1300 mm per year. There are calcareous soils preferred. One finds the Libanon Cedar at altitudes from 600-2100meters above sea level. It forms, among others, mixed forests with the Cilician fir (Abies cilicica), pines (Pinus spp.) and juniper (Juniperus spp.), also named as stinking juniper.

Cedar of Lebanon for the production of pine oil 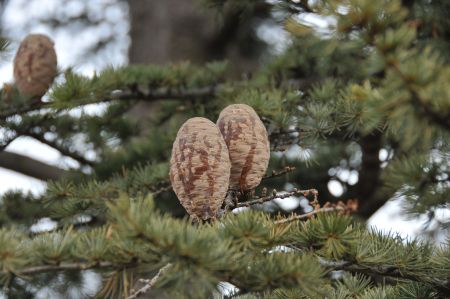 The cedar of Lebanon in history was the most popular tree species for the beautiful, durable and easy to work wood with, Lebanon cedar is being used for nearly 5,000 years. In ancient times it was used for palace and temple construction. It was also a sought-after wood for furniture production. Even today, the wood is a very popular building, carpentry and furniture wood. Before the Turkish Forestry Protection Act 1935 came into force, pine oil was recovered from cedar. It was used in folk medicine as a remedy for skin diseases and as a medicin for treating wounds. The products extracted from heartwood essential oil is sold as cedar oil.

The cedar is mentioned several times in the Old Testament. In Psalm 92, "A Song for the Sabbath," it says: The righteous flourish like the palm tree, like the cedar in Lebanon he flourishes (Ps 92,13 EU). The Israelite King Solomon is said to have honored the cedars literary: he wrote of the trees, from the cedar in Lebanon to the hyssop that grows out of the wall (1 Kgs 5.13 EU). Moreover, he bought it for the construction of the Temple (1 Kings. 5.20 EU and elsewhere). 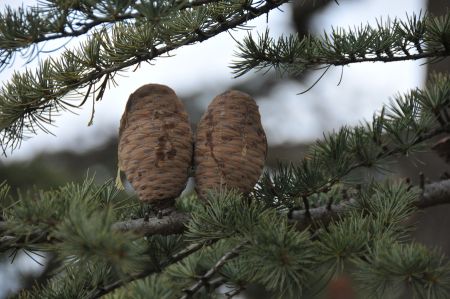 The symbolism describes Rania Masri extensively in 1995 at a conference at MIT, reported in an article published in Europe: "About the importance and awareness of the Lebanon cedar, and their treatment."

Once you are visiting the ancient city of Arykanda, please climb little higher to the plateau to find the Lebanon Cedars over there.
This small picture gallery is trying to give an idea of this bizarre, unique species to you, dear reader's. Stay impressed and interested!