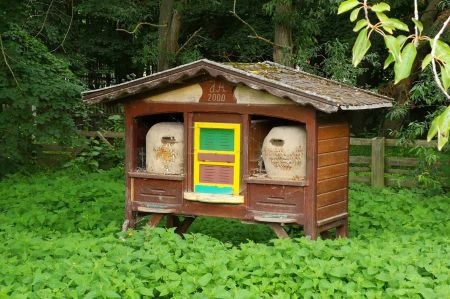 Insect and bee deaths due to environmental reasons, missing flowers as a source of food and urban sprawl, all issues that are far too little known to us to be able to guess the scope and the consequences of this.

We are happy when we meet an existing apiary or beehives from time to time. Widely used for many decades, beekeeping was often an additional purchase for workers who used it to improve their wages. In the past, honey was known as a food product just as “honey collecting” from wild bees for centuries.

Beehives - a colourful variety of designs 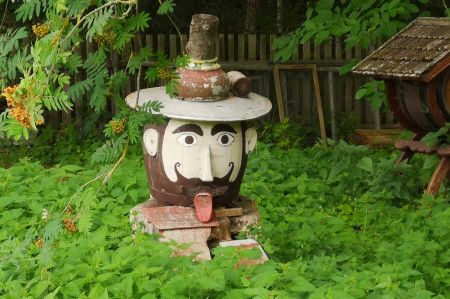 Beehives (apiarium) appeared in the 19th century, when the need arose to place the newly developed, wooden beehives out of the weather. In contrast to the smaller apiary and the beehives, an apiary is a larger and permanent facility that could accommodate several bee colonies. Such beehives were not required in historical beekeeping.

In the medieval time, bees were kept in hollow tree trunks in the forest. Later, the beehives sawn out of the tree were set up as so-called block hives near the apartments. In the beekeeping with straw baskets used as a dwelling until the second half of the 19th century, the beehives were under a "shower", which was called beehive in the heath beekeeping. 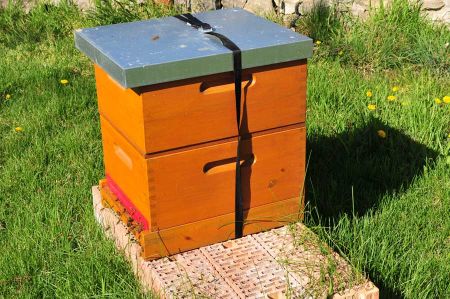 With the invention of the frame as a mobile honeycomb by Baron August Freiherr von Berlepsch in 1853, the wooden bee box, the so-called rear treatment hive, spread. This bee house was not weatherproof and needed a rainproof installation. Many beekeepers in German-speaking countries then built apiaries on their property or in the open countryside, mostly near the forest. The beehives were stackable on two or three levels, so that the space of an apiary could be optimally used.

The houses are mostly built in a timber-friendly manner, less often in masonry. Bee houses were widespread, especially in German-speaking countries, until their decline in the 1970s, while beekeepers in the rest of the world have always kept their bees outdoors in magazine mode.

Beehives in consideration - advantages and disadvantages 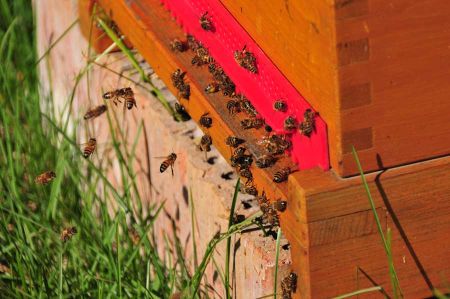 The solid building provides very good weather protection for the beehives, which are still made of wood today. Many devices and parts required for processing, such as magazine hives, honeycombs, honey harvesting devices (honey extractors) can be accommodated in the house. The beekeeper can work on the bees population or control them even in adverse weather conditions (wind, rain). It was not uncommon for honey to be spun in a separate area and even all work to breed queens was possible. This eliminated the need for transport work and other rooms that were otherwise necessary. In addition, there is protection against theft and a certain protection against mischief and vandalism. 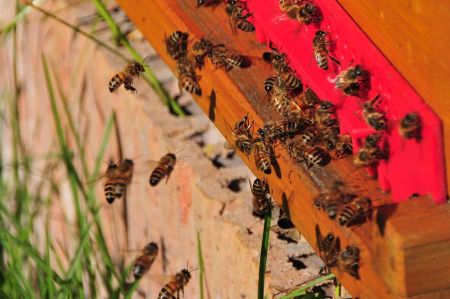 The installation of an apiary requires much higher investments for the beekeeper than a free installation in the field. A building permit is almost always required. In urban areas, the building usually exceeds the size of the building permit-free area; outside of the building, approval is mandatory for protection against urban sprawl. When setting up the colonies in the apiary, the beekeeper is not very flexible and usually leaves the colonies standing there. If the nectar collection facilities are poor, the honey harvest will be less than if rich nectar sources are used. The individual bees can also easily fly into other bee colonies. In summer, high temperatures make it difficult for beekeepers to work in the apiary, which is due to the sun's rays and the body heat of the bees. The spatial confinement and the relative darkness also prove to be unfavourable. 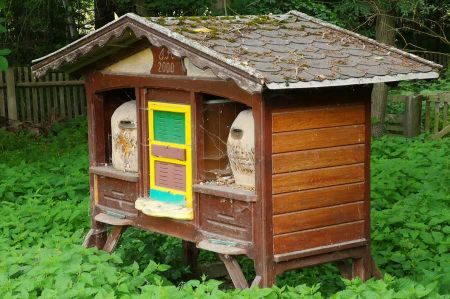 With the increased emergence of magazine loot in German-speaking countries in the 1970s, apiaries became superfluous. These beehives were cheaper and promised higher honey harvests because they can be set up outdoors and used as a migrating apiary. Many beekeepers therefore exchanged their beehives for modern magazines. The GDR was an exception, where until the German reunification in 1990 there were mostly apiaries and widespread beehives with which hikes were possible without a lot of work.

Worldwide, honeybees were mostly kept in magazines before 1970. This is because beekeeping is a profit-making activity in other countries. The warmer climate also plays a role in many countries where beekeeping has traditionally been strong (Spain, southern France and others). German beekeeping, on the other hand, has been a hobby for the past 100 years by hobby beekeepers who love to tinker and are inventive.