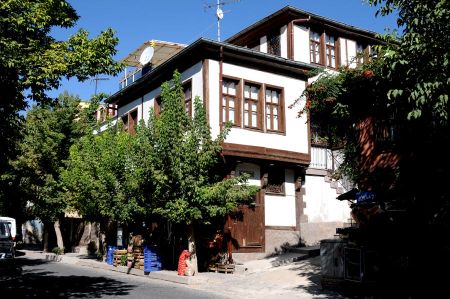 Our journey along the route of Seljuk Caravanserai chain this time took us to Afyonkarahisar region from the direction of Konya city along E 96 highway.

Karahisar has been the center of opium farming since ancient times and still is, under strictly controlled agricultural regime.

The alkaloid factory in Bolvadin town produces %30 of the world morphine production for medicinal purposes. Turkey is amongst the four major producers of opium including Australia, India and France.

The locations that we have had the chance to visit in our interest towards discovering the region is indeed worth seeing.

Afyon, otherwise known as Afyonkarahisar, is located along Ankara –Istanbul highway and has a population of about 170 thousand. This historic city is about 250 kilometers south west of capital city Ankara. It is directly connected to the transport network via Denizli to Izmir city also, just like its connection to Antalya via Burdur or Isparta. Indeed, the city deserves its fame as being the lock of Central Anatolia due to its strategic location on land roads and railway network and airports.

The suffix “Karahisar” refers to the imposing fortress built on a hill in the center of the city. Constructed on a narrow plato at the peak of black colored and steep hill of 226 meters height, the fortress is known to have been built by the Hittites in 1350 B.C. at the time of Arzava wars as a defensive position and renovated by Phrygians at a later stage. The city was known as Akroinos or Akroinon at the time of Roman and Byzantine periods.

Afyonkarahisar during the Ottoman Empire 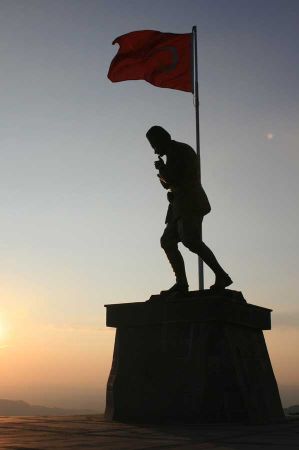 Empire Leo III has successfully defended the city in the Akroinon wars in 740 A.D against the Arab armies. The city was conquered by the Seljuks when under the reign of Kılıç Arslan I.  Annexed by Ottomans in 1382, the city was declared as a Sanjak (Province) and referred to as “ Karahisar-i Sahip Sanjak”. Due to its close proximity to the independent Karaman Seigniory, importance of the city was reinforced as a strategic military point.

The city is also mentioned in the chronicles regarding the various uprisings throughout history, such as: Jalali Uprisings in the year 1602, Baba Omer Uprising in the year 1631 and Abkhaz Hasan Pasha uprising in 1658. The city was sporadically invaded in 1833 by Ibrahim Pasha, son of Mehmet Ali Pasha.

The Turkish Army under the command of Mustafa Kemal Pasha has defeated the invading Greek Armies in the Great Offensive of National Independence Wars on Kocatepe Hill on 26th to 30th August 1922. Much larger and equipped Greek Army was driven back towards the sea via Izmir, thus ending in the final victory.

Following breakfast at our hotel, we headed towards the castle. We were prepared for a difficult climb over a steep hill reached by over 500 stairs. The old timber houses in Armenian and Greek quarters surrounding the castle are superb in terms of wood work details and the whole area is undergoing extensive renovations, exhibiting the colorful lives of its inhabitants. The 12th Century Ulu Cami Mosque right at the skirts of the imposing hill has a flat timber roof structure supported by 40 timber pillars and is the most important sample of master craftsmanship of Seljuks in the city. The timber shrine in the mosque is decorated with Seljuk style symbolism.

Although the climb to the fortress is a tiring experience, we proved that it was possible! However, we advise the would be traveler to carry some liquid for there is none in the castle.

We were surprised to see that different material than that of the original was used in the renovation works of the castle and indeed the works seemed amateurish, but the breathtaking views of the surrounds are truly mesmerizing.

The impressive view though gave us the opportunity to locate some other interesting locations within the old quarters surrounding the castle. Our main interest lay at a visit to the museum as well as the Caravanserai located in the industrial zone of the city. Unfortunately, due the renovation works, we were not able to closely inspect those locations.

At this stage, we decided to stray away from the city center and discover the Phrygian Valley near Doger village of İhsaniye town, thence move on to Seydiler village via Alanyurt. We must point out that there are many tuff stone “fairy chimneys” along the route, similar to those in Cappadocia region.

The Phrygian valley is a superb region that must be visited if one wants to go back in to early days of Christianity, discover the many churches and chapels, fortresses and abodes carved into rocks, which were occupied up until Byzantium era. Indeed, the area is one vast open air museum in which rock tombs and streets constructed in Phrygian and Hittite times are abundant. We learned from the locals that the Yunus Emre dervishes met in this area in the initial stages of expansion of Islam in Anatolia.

Another interesting feature of the region is the abundance of Thermal baths, known to have been used as far back as the Roman times. Today, there are many modern facilities of thermal baths that attract thousands of people from all over the world, especially from Nordic countries, seeking treatment and pleasure. The many modern establishments offer medical and sports facilities as compliment to healing powers of thermal waters in the region.

There are many interesting locations to be visited around the Emre Lake, where we believe walking tours would be much satisfactory. Some of the locations that we believe are worth visiting include: