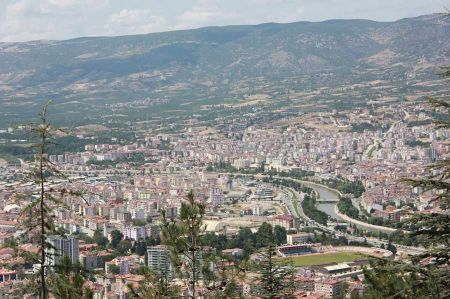 One of the most interesting Anatolian places is the provincial capital Tokat, which today has about 114,000 inhabitants. The old town on Castle Hill and the district around Hatuniye Camii reflect the decayed splendor of a long history.

Probably already inhabited in Hittite times, known in antiquity under the name Dazimon, the city was a fortified junction of the caravan routes to Central Asia until the Ottoman period. Under the Seljuks and Mongols, Tokat was the sixth largest city in Anatolia and, as a trading center, comparable to Baghdad and Bursa. The processing of copper and leather as well as the textile industry formed the basis of the city's prosperity.

Tokat, the ancient Eudoxia, is a city with a long history, but just its fortress Dazimon was of outstanding importance. Around 1021 Senekerim received Arzruni from Sebaste Tokat as a fiefdom of the Byzantine emperor. The Armenian Arzrunids had fled westward from the Seljuks. In 1045 Tokat came to the Armenian Bagratid dynasty by marriage. The Turkmen Danishmends ruled from 1071 to 1175. Trading flourished in Tokat from the 11th to the 13th centuries. In 1396 the Turkmen emirate of Tokat became Ottoman. 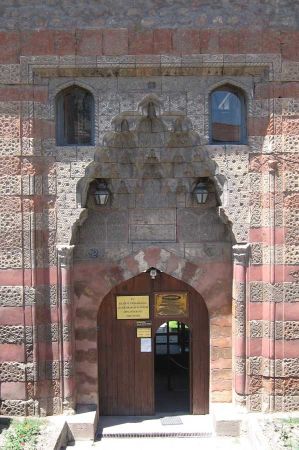 The Jesuits had an Armenian Catholic college and the Armenian Sisters of the Congregation for the Immaculate Conception had a monastery here. In the 17th century the traveler Evliya Çelebi compared the prosperity of Tokat with Bursa and Aleppo. In the 19th century, Tokat was one of the largest cities in Asian Turkey. Around 1854 there was a larger Armenian Protestant community. American Protestant missions began in 1864. The gradual political and economic decline began with the simultaneous rise of the neighboring town of Sivas. On May 1, 1914, the main shopping street in Tokat fell victim to a fire. On May 9, 1915, the Armenians were deported from the city. With the decline of the caravan trade and increasing mechanization, the city increasingly lost its importance. The earthquakes of 1939 and 1941 destroyed many old structures. The old caravanserais, which were once the pride of the city on the Silk Road, are also affected by the decline. Until the 20th century, many residents emigrated to America or Europe.

The Yazma towels from Tokat

The Yazmacilar Hani once housed the workshops of Tokat's famous cloth printers. The building is no longer used for production, the workshops have been relocated to new, modern buildings on the street to Amasya. The printed tokat cloths (Yazma), whose repetitive patterns are somewhat reminiscent of Southeast Asian batik, continue to be produced there. However, the old technique of stamping the cloths with wooden models has largely been replaced by modern screen printing. In Tas Hani and other places in the bazaar you can buy both the scarves and the original models.

Some of the sights of Tokat

In the vicinity of Tokat there are a number of prehistoric settlement mounds (in Turkish: höyük):