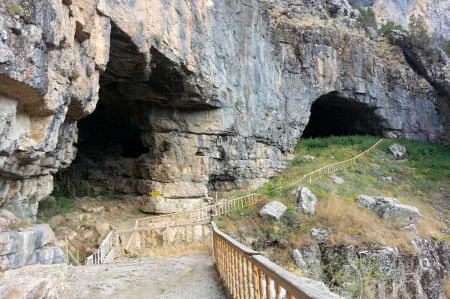 Like so many before us, we are on our way to an increasingly popular destination: the Tinaztepe Caves, because a trip to the Tinaztepe Cave (Tinaztepe Mağarsı) is worthwhile just because of the drive through the wild and romantic mountains of the Taurus Mountains.

From D400 Antalya - Alanya expressway, about 13 km before Manavgat, the D695 branches off towards Konya. The now well-developed road leads through the Taurus Mountains past smaller villages to the right and left of the road, in the vicinity of which one repeatedly comes across the stalls of local farmers. About 20 km before the city of Seydişehir, immediately behind a gas station, you can see the Tinaztepe Mağaralari (Mağaralari = cave). At first just a part of the Tinaztepe Cave was known, so it was assumed that the cave was about 1.5 km long and, apart from a 30 m long slope in the end area, runs almost horizontally. 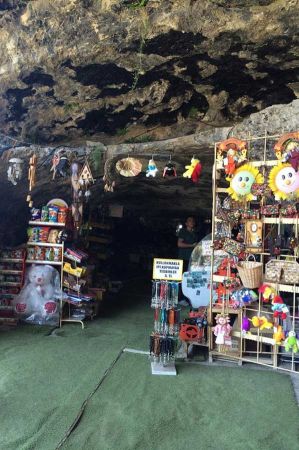 The actual cave system at Tinaztepe was discovered in 1968 by a French explorer. Today the unsuspecting tourist is too happy to be told that Tinaztepe Mağarsı is the largest cave in Turkey and that Jacques Cousteau and Reinhold Messner explored the two caves in 1970, but this claim does not stand up to any scientific verification.

In the book "Weltwunder", which is cited again and again and edited by both personalities, the reports come from other authors and the spectacular images does not come from these caves. So one can be more than sceptical about these claims. 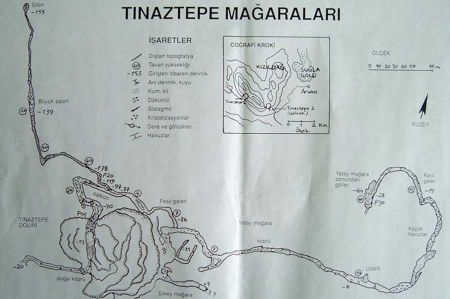 But how else do you get visitors into a cave that is about 110 km from the tourist coast? Famous names help.

This does not change the fascination of the 1,370 meter long corridors through the 230 million year old cave system.

At the end of the cave, the view from a small, secured platform into a gigantic hall, on the floor of which the lights are reflected in an underground lake, is spectacular. 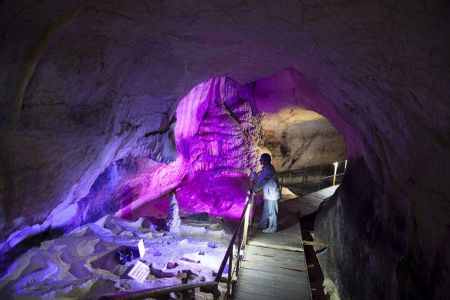 Recent studies show that the Tinaztepe Cave is actually three cave systems lying on top of one another in different limestone levels. The top floor is about 100 m long and shows numerous fossils. The middle floor is 1015 m long and is called semi-active due to the heavy dripping activity. The lowest floor is the active cave with the characteristics of a karst vent. In the rainy weather, the collected water flows in here, then by passing the Susuz Güvercinlik cave to the southeast and gushes out again as a spring at Sugla Lake. The length of this arm explored so far is about 527 m, although the total length has not yet been determined. The depth of the underground lakes and the various water outflows make research difficult. 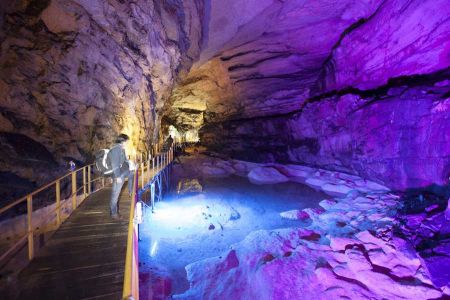 An extensive, illustrated description of the Tinaztepe caves is available from Franz Lindenmayr, a cave researcher from Munich.

Please note, there is a drive of a good 130 km through mountains, which must, however, be driven on well-developed roads. Since it is high up, a severe sudden snow fall can be expected in late autumn and winter. Plan your travel time from Manavgat to be around 2½ hours. And please be careful, there is always flashing on this route.

The purpose of cave exploration 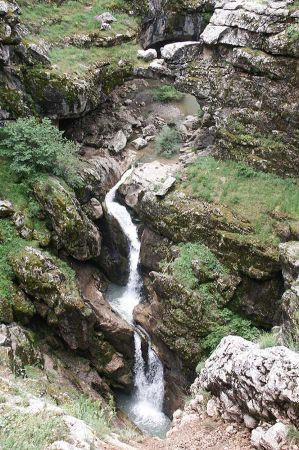 The karst and cave research unit of the MTA Geology Etudes Point researches the caves that have economic potential in order to make classifications according to regional possibilities and possible areas of use. During this research, the caves are investigated for geological, geomorphological, hydrological-hydrogeological, meteorological and biological properties, maps (plans and sections) are drawn according to the importance in 1/100 - 1/2500 dimensions and the economic areas of use are determined. Later, for the caves that will be opened for tourism, the architectural, electrical and environmental organizations will prepare existing protection and implementation projects. In addition, research is being carried out on the underground rivers that flow through the caves, their directions of movement and the surface connections, the pollution points and protective measures.

The uses of caves - research reasons 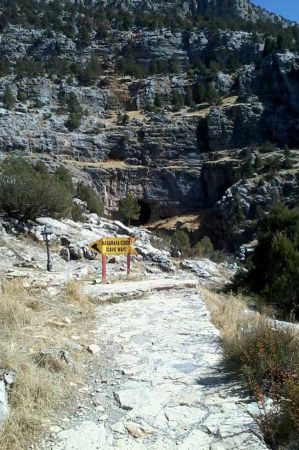 The origin and development characteristics and the climatic location of the caves determine the purpose of this cave. Most of the uses of the caves

We have 437 guests and no members online