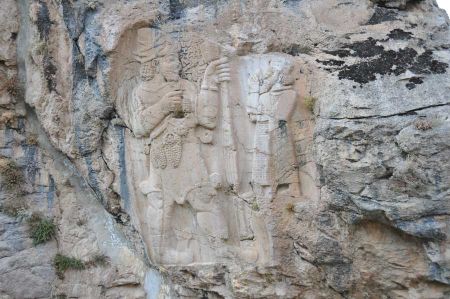 Near the village of Bogazkale, around 150 kilometres east of Ankara, you can visit the remains of Hattusa, the former capital of the Hittite empire, which was the ruling force in the 2nd millennium BC all over Anatolia and the northern part of today's Syria.

The oldest pre-Hittite settlement was limited to a natural fortress, which extended to the so-called lower town and which was already walled in the 18th century BC. Around 1600 BC Anatolia became the settlement region of the Hittites. The empire was founded by Labarna Hattusili I, who made Hattusa the capital. From here, the ruler pursued his expansion policy towards the south.

The ruins of the former capital were discovered in the 19th century, excavations began in the early 20th century. The almost seven-kilometre-long city wall mainly consisted of massive stone blocks, the upper part of mud bricks. Remains of five gates have been preserved. Three of the entrances have reliefs that show sphinxes, lions and warriors. The excavations also uncovered around 30,000 cuneiform tablets, which could be deciphered and provide an excellent insight into the history and culture of the Hittites, whose empire in the 12th century BC gradually disappeared.

Ruins of Hattusa in Turkey 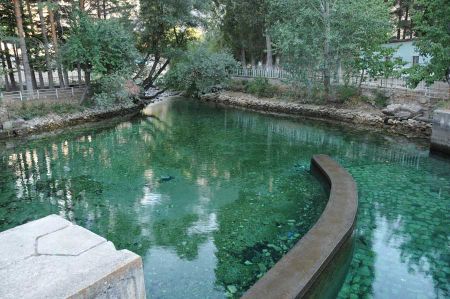 What German archaeologists have carefully excavated piece by piece from the once magnificent metropolis of the Hittites in the past 100 years is largely scattered on hilly terrain: walls and foundations of temples and palaces, city gates with mighty guard figures, ramparts and tunnels, cult stones, water basins, Cuneiform characters and storage vessels.

Hattusa is like a wide-open history book. Just experts understand its secrets at first glance. The average visitor needs a lot of imagination to read these ancient stories - or a knowledgeable guide. This is where Selo and Achmed come into play: art historians one, excavation helpers the other. Both constantly on the move in Hattuscha.

In the second millennium BC, the Hittites ruled almost all of Anatolia and a number of vassal states - including Troy. The Great King was at eye level with the Pharaohs and Babylonians: they traded and negotiated with each other, but also hit their heads hard if necessary. The fact that much is known today from the history, religion and culture of this long-forgotten people is largely thanks to 30,000 tablets with the Akkadian cuneiform script. The tablets were found and deciphered in Hattusa. It is now known that the Hittites were incredibly religiously tolerant: “When they subjugated other peoples, they did not pounce on their gods as is common practice. But on the contrary. They adopted them in their own pantheon in order to be merciful and not to seek revenge,” explains Selo, referring to the city's 31 temples and sanctuaries, the “realm of a thousand gods”.

Secure the goodwill of the gods 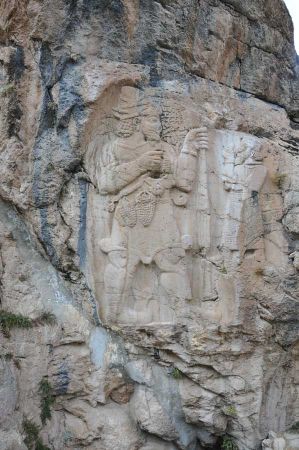 The most important deities can be found at Hattusha's most impressive place: the rock sanctuary Yazilikaya. Processions of male and female deities are carved into the walls of two rock chambers. It is headed by the weather god Teschup and the sun goddess Hepat. Both deities are accompanied by the holy bull’s Hurri and Scheri. Also great is the scene in which the god of death, Scharruma, protects the great king Tuthaliya IV. and leads him to the realm of the dead. How the religious festivals of the Hittites went on site was written down on numerous cuneiform tablets. Because just the precise execution of the rituals ensured the goodwill of the gods.

Lion gate as a trap for warriors

How defensive Hattusa once was and how great the city must have looked to visitors can be judged by the remains of the imposing city fortifications. At the lion gate with its three-and-a-half-meter high door pillars, Achmed demonstrates how the gate chamber was secured in an attack and became a trap for enemy warriors. Just as exciting: a single file through the underground tunnel through which the warriors could attack besieged soldiers without being noticed. 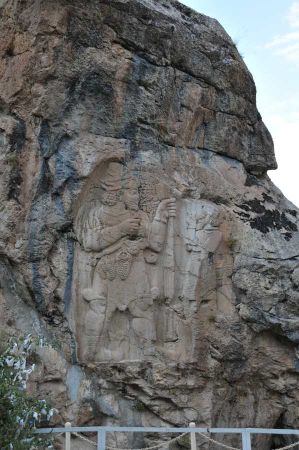 Hattuscha's youngest attraction is just five years old, but it is particularly impressive. At the entrance, the archaeologists reconstructed a 65-meter section of the old defensive wall. Eight meters high, several meters thick and equipped with two defence towers. The whole thing piled up like in Hittite times from unbaked adobe bricks. A project on experimental archaeology that is unique in the world.

"And now imagine that this represents just one percent of the original city wall," Selo adds to the amazement of the visitors. But you can also find striking traces of the Hittites outside the UNESCO World Heritage Site of Hattuscha: in Alacahöyük there is the Sphinx Gate with double-headed eagle, once access to an extensive temple-palace complex. In Çorum there is a small but fine museum with all sorts of objects of everyday use and cult, cuneiform tablets, ceramics, weapons, jewellery as well as two detailed princes' graves, including skeletons and grave goods. In Ankara, the grand Hittite section in the Museum of Anatolian Civilizations completes the mosaic of this people.

Here we meet - sometimes made of clay, sometimes cast from metal - Hurri and Scheri, the sacred bulls of the gods. Here you can see statues of gods made of ivory and lion figures made of rock crystal. Drinking and sacrificial vessels in the form of animal and human shapes. Sun discs made of gold, cosmetic jars made of gemstones, giant vases and cuneiform tablets. The treasure trove of monumental stone sculptures and artistic reliefs that once adorned temples, palaces and city gates is also impressive. With kings and gods, mythical creatures and jugglers, scenes of sacrifice and battle, hunting and war pictures. Most date from the late Hittite principalities from the tenth to eighth centuries BC.

The Hittite empire and Hattuscha had already perished at this point. Why, that has not yet been conclusively clarified. Internal conflicts, frequent crop failures or wars on several fronts are discussed by the researchers. What is left of this people and their culture is worth a trip - right in the heart of Turkey.

We have 534 guests and no members online