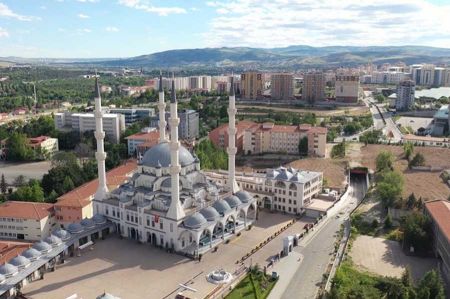 About 80 kilometers east of the gates of the Turkish capital Ankara is the city of Kırıkkale, which is also the capital of the Turkish province of Kırıkkale and accordingly has its own vehicle number 71 at the beginning of the identification of the license plates.

The name of the city means something like "broken fortress", which is probably due to a conquest or surrender of the city in the past. Unfortunately, very little has been done so far to fathom the history of the city.

We come via the D715 from Konya to the E90 or D750 motorway, which leads from Ankara to Aksaray along the Tuz Gölü, turn right towards Aksaray. After about 15 kilometers, there is a junction to the left onto the D757, which leads along Hirfanlı Barajı to Kırıkkale. Right at Hirfanlı Barajı we also cross the historic Kizilirmak Nehri River for the first time. A little later we turn left and now use the D260 to cross the Kizilirmak again at Köprüköy. At Karakecılı there is a junction to the D 753 to Kırıkkale. The Kizilirmak is dammed several times on this relatively short stretch of road.

Development of the center due to the roads and railways 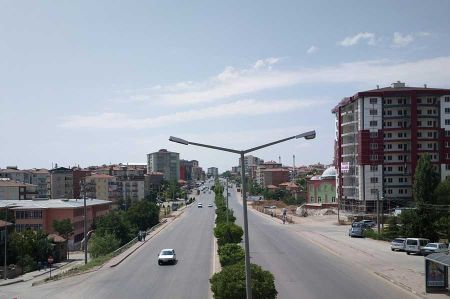 Kırıkkale has always been an important hub in the history of road and later railway construction and so the city quickly experienced a renewed boom at the beginning of the 20th century when important armaments and chemistry industries settled in Kırıkkale. In the 19th century, the main focus of industry was on woodworking and woodworking, but Kırıkkale has now developed into a modern industrial center.

When a state-ordered census was carried out in 2007, the census showed 280,234 citizens who lived in an area totaling 4,589 square kilometers. As in eastern Turkey, the population density in Central Anatolia is usually very low. Here it is 61 inhabitants per square kilometer.

With the arrival and the increasing importance of industry, the demand for well-trained workers inevitably became stronger, so that the call for a university became stronger and stronger. Since 1992, Kırıkkale has been able to achieve this goal and became a university town. For a large number of students, the Kızılirmak river, with its banks and many reservoirs, is an important local recreation destination, which is now also used by flocks of birds as a resting and resting area.

We have 393 guests and no members online