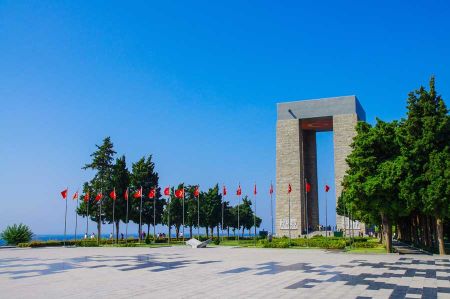 The provincial capital of Çanakkale, is located in the Çanakkale Strait’s most narrow region. Çanakkale is located in an area and important stop to be able to take a trip to the 30 km Troy and Gelibolu peninsula.

Çanakkale is in the Thracian region, it is 1244 m. from Turkey’s European side. The ferryboat port runs every hour and loads cars, buses and trucks. Many places that were worth seeing, the romantic city and its old neighbourhoods were ruined because of the earthquake that took place in the year 1912.

It owns a wide beach with cafes and restaurants as a result of the yacht harbour situated there which is north of the ferryboat port. Çanakkale’s environs used to be an important bridge between Europe and Asia. It used to be strategically important to control the ship traffic between the Marmara and Aegean regions. In order to send his army to the Bosphorus, King Xerxes 480 v. had 2 enormous floating bridges built.

Historical crossing by Xerxes and Alexander the Great 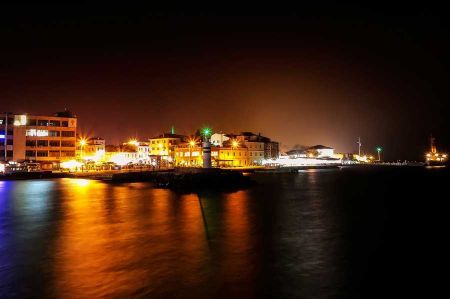 150 years later Alexander the Great had great respect for this army when he came across them, so much so that to prove Poseidon’s goodness that he spilled a golden glass full of wine, that he had loaded from the Arabs, into the sea. For a long time pirates were threatening the region. The army was being raided regularly.

In the 15th century a magnificent castle was built by the Ottomans and thus the lives of those living at the Çanakkale Bosphorus became more secure and the city began to develop itself. Çanakkale received its name due to the ceramic production in the city.
Today the city’s source of income is the ferryboat trade and the growing food industry. An indicator of prosperity is the glaring amount of barracks for the safety of the army.

On Sundays threats are less. The reason for this is, on Sundays, many seamen spend there free time in the city.